The dust raised over the outing of Asiwaju Bola Tinubu, Presidential Candidate of the All Progressives Congress (APC), at Chatham House in London is yet… 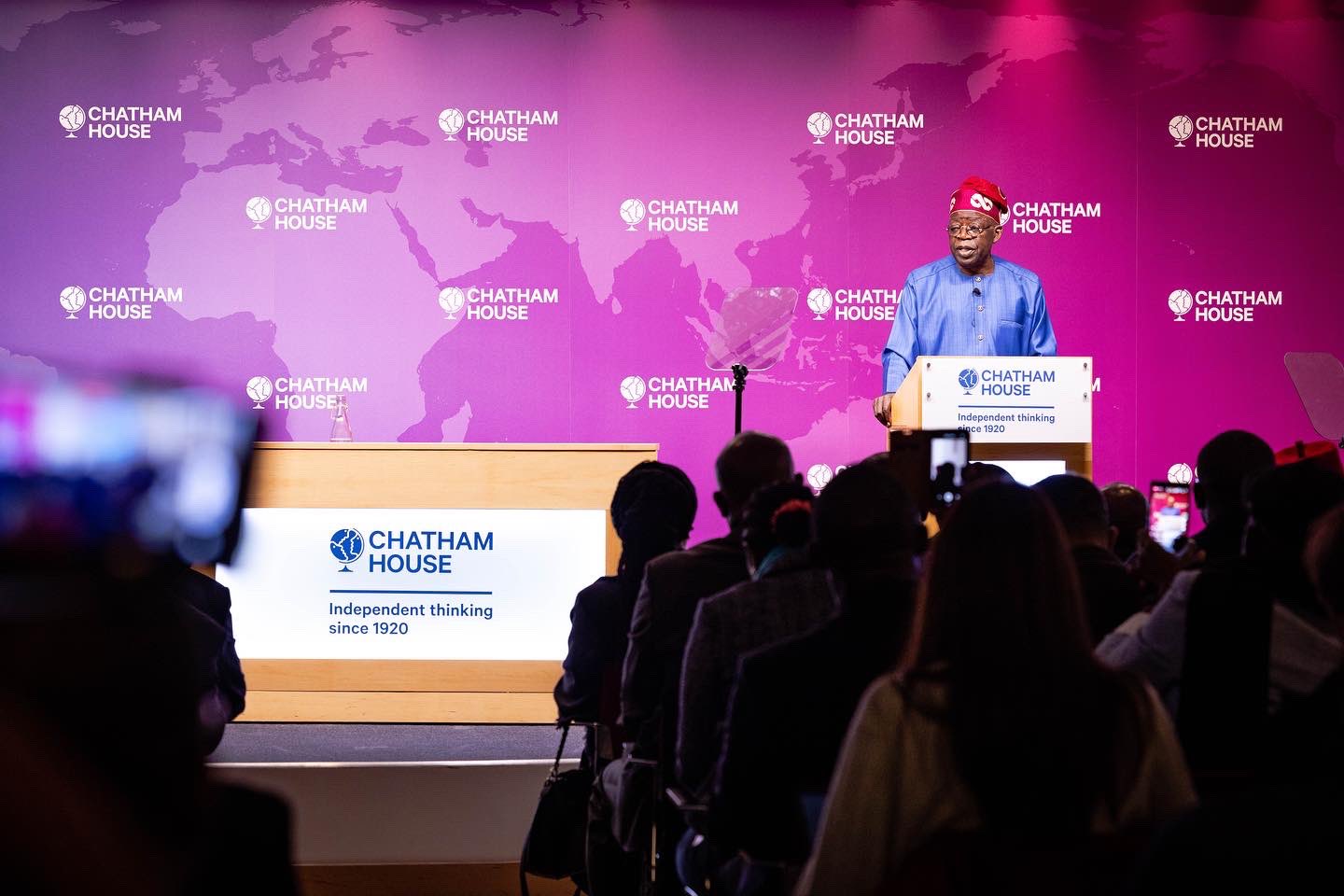 The dust raised over the outing of Asiwaju Bola Tinubu, Presidential Candidate of the All Progressives Congress (APC), at Chatham House in London is yet to settle.

There was controversy when Tinubu, who has been absent at debates and townhalls in Nigeria, asked members of his campaign to answer some questions directed at him.

While the ruling party defended him, saying it was a sign that he would run an inclusive government if elected, the opposition said the act shows Tinubu could not withstand the rigour of questions and answers.

“The disgraceful campaign of APC candidate, Bola Tinubu, reached its nadir at Chatham House in London where he was expected to have sold himself.”

“Six long months after emerging the candidate of the party, the self-styled Lagos godfather has continued to avoid any public engagement with other candidates because his intelligence pales in comparison to them. The Chatham House event was therefore an opportunity to redeem himself but once again he fell short.

“After reading his prepared speech for about 15 minutes, it was time for the question and answer session. Clearly lacking the capacity to respond to easy questions, he claimed his style is to delegate and thereafter decided to call on members of his campaign to answer questions for him.”

Shaibu likened Tinubu’s action to that of a final-year student who asked his colleagues to come help him defend his project.

“Utterly disgraceful! Rather than reveal how he will tackle insecurity, he called on Governor Nasir El-Rufai to answer the question on his behalf. For the sake of clarity, Kaduna State under El-Rufai recorded 1, 192 civilian killings alone in 2021, almost leveled with that of war-torn Syria. This is also a governor that admitted to paying killer insurgents to stop murdering his people. He hurriedly withdrew his children from school last year because of insecurity but left the children of the masses to their fate. What a man!

“Early this year Kaduna State was cut off completely, becoming inaccessible by air, train or road. In August he wrote a letter to President Buhari stating that election may not take place in some parts of the state due to the activities of terrorists. Yet he was the one nominated by Tinubu to address security issues, what a joke.

“He is like a puppet who on the surface appears to be alive but is actually being empowered by strings from a team backstage.
In the unfortunate event that he becomes President, Tinubu’s Presidency will be run by a cabal pulling the strings from the backstage. This is not about effective delegation but dereliction of duty. The warning signs are there for Nigerians to see.

“This country deserves a very healthy person. The office of the President is not for sick people. Tinubu has tried his best but he is now weak and tired and should be allowed to go home and take a deserved rest while I urge the electorate to vote for Atiku Abubakar at next year’s poll, as the former Vice President is the only candidate that has got what it takes to turn around the fortunes of Nigeria.”

Shaibu had earlier asked the APC to replace its presidential candidate, Ahmed Bola Tinubu so as to avoid further embarrassing scenarios occasioned by his continued miscues and gaffes.