The Keffi Development Foundation (KDF) has called for peaceful resolution of the faceoff between Nasarawa State Governor Umaru Tanko Al-Makura and Senator Abdullahi Adamu, a… 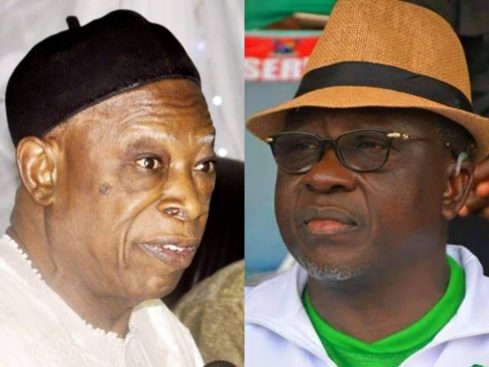 The Keffi Development Foundation (KDF) has called for peaceful resolution of the faceoff between Nasarawa State Governor Umaru Tanko Al-Makura and Senator Abdullahi Adamu, a former governor of the state.

The foundation made the appeal in a statement by its Vice President, Lawal Maizabo, in Keffi.

Maizabo said the political disparity between the two most important political leaders in the state was needless, while calling for an amicable resolution of the issue.

He said that until now, the leaders had a robust relationship, exchange visits, share similar ideology and work closely to bring development to the state and enhance the living condition of ordinary citizens.

The vice president noted that divergence of opinion among politicians was normal in democracy and it was in line with the tenets of democracy and such would further deepen democratic culture in party politics.

He stated that as a strategic partner and stakeholder in the state with desire for peace, progress and passion for the state, they are bound to intervene in order to soften the situation.

According to Maizabo, we consider our intervention imperative as stakeholders with quest for a greater Nasarawa state as the current political distinction is capable of polarising the people of the state.

The vice president, therefore, appealed for immediate peaceful resolution of the issue, stressing that such differences must be brought to a halt in order to ensure that the state continue to enjoy relative peace and tranquility.

“Keffi Development Foundation (KDF) hereby call for an amicable resolution of the impasse with the strongest voice in order to move our state forward and have a hitch free general election in 2019,”the group stated.

Maizabo also called on Governor Al-Makura to employ the political sagacity with which he used to resolve the Ombatse political crisis that engulfed the state in the past.

He called on all the traditional rulers and well-meaning stakeholders and citizens of the state to as a matter of urgency mediate between the two most respected leaders of the state with the view to resolve their difference and ensure lasting peace and harmony in the state.

Similarly, Maizabo, urged the National and State leadership of the All Progressives Congress (APC) to settle the lingering political differences between the duo to ensure that the party continue to deliver dividends of democracy to the people of the Nasarawa.

He said that both leaders had contributed immensely to the progress and development of the state, saying “KDF cherish their contribution to the state and look up to them as role models and leaders of the state.”