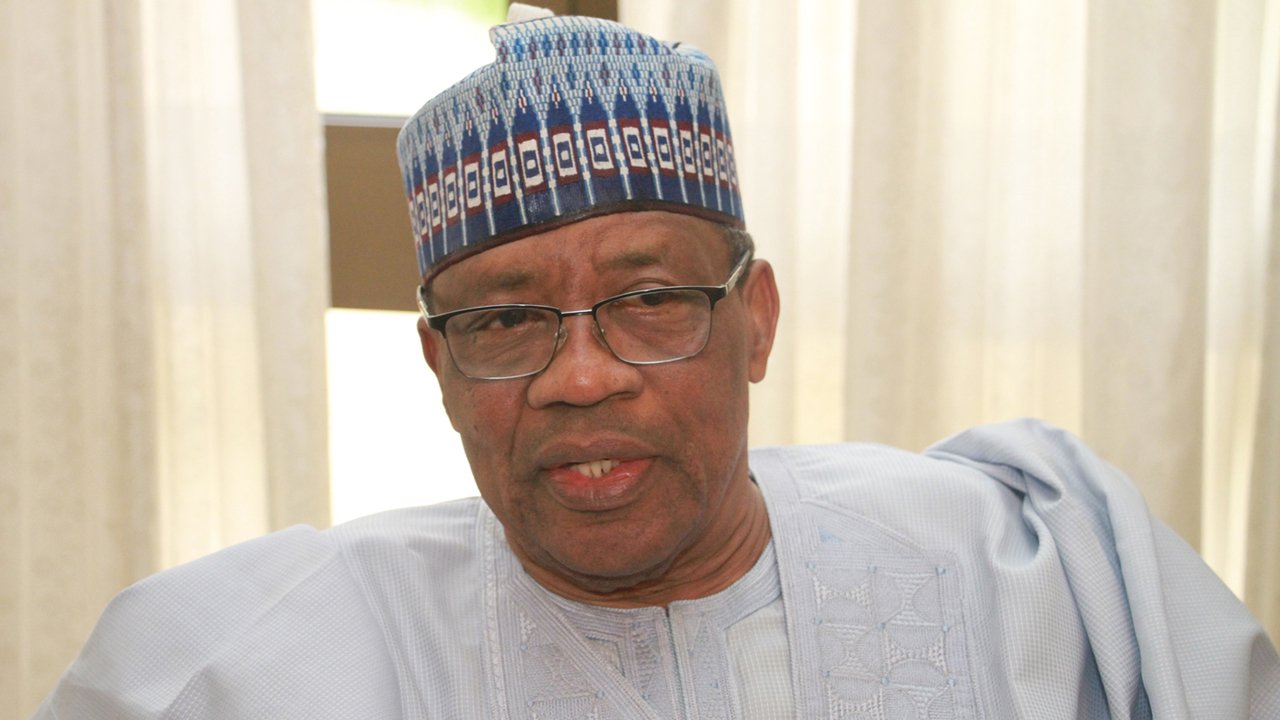 The interview, which held at his hill top residence in Minna, Niger State, was a prelude to the his 80th birthday.

During the interview, the former military ruler discussed a number of issues bordering on June 12 annulment, corruption, 2023 politics, insecurity and secession.

However, mixed reactions trailed the comment of the former Military President made on the fight against corruption.

IBB reminisced on the annulment of the June 12 1993 Presidential Election. He said there would have been a bloody coup if that election had not been annulled.

The election was between Bashir Tofa of the National Republican Convention (NRC) and MKO Abiola of the Social Democratic Party (SDP).

Although Abiola was leading, according to the result of the election which trickled in, the exercise was cancelled before an official pronouncement was made.

This had triggered a crisis as many took to the streets in protest.

He said the coup didn’t happen owing to the “engineering and the Maradonic way we handled you guys in the society.”

In comparison with his administration, IBB said he fought corruption better than the present administration and other democratic leaders.

He said people, who worked under him are saints, compared to those currently in power, saying he moved against a former military governor who embezzled N313,000, those who stole billions are currently walking freely.

He said, “I sacked a governor for stealing or misappropriating less than N313,000 but today, those who have stolen billions and are in court are parade themselves on the streets. So who is better at fighting corruption?”

Answering a question on the Nigerian Press Bill, IBB said any attempt to cow the media into silence will fail.

The current administration has been severally accused of attempting to muzzle the media, an allegation that the government has denied.

The ban on Twitter, directives of the National Broadcasting Commission (NBC) to media houses over some government policies and some bills before the national assembly had triggered backlash.

During the interview, IBB said Nigerians are resilient and will fight against such tendencies.

He said, “Attempts to stifle the media will not work. The media and the public will not allow it to happen. It will be silly to try to clip the media because they are the essential part of the society and should be allowed to play their role for the society.” he said.

IBB described the main problem of the country as “the tyranny of the elites”, blaming insecurity on leadership.

“There is a disconnect between leadership and followership. We don’t have co-values anymore in the country which can be defended at any time. The way out is that Leaders should understand Nigeria and Nigerians, use their intellect for the benefit of the people.”

“There is too much control in the way the economy is now, there is a need to open it further, tap into the God-given talent of the people of the country.”

By implication, the Former military president ruled out the National Leader of the ruling All Progressives Congress (APC), Asiwaju Bola Tinubu, and former Vice-President Atiku Abubakar from 2023 presidential race.

Both Tinubu and Atiku have not publicly declared their interest in the 2023 race, but there are strong indications that both men are interested in the race.

Atiku lost the 2019 presidential election to Buhari but he has not shown publicly that he is no longer interested.

On his part, Tinubu’s body language has been hinting at the presidency while his foot soldiers have been going round the country to market him.

He said, “I have started visualising a good Nigerian leader. That is, a person, who travels across the country and has a friend virtually everywhere he travels to and he knows at least one person that he can communicate with.

“That is a person, who is very verse in economics and is also a good politician, who should be able to talk to Nigerians and so on. I have seen one, or two or three of such persons already in his sixties.”

On secession, IBB said Nigerians don’t like anything that will disturb their minds.

He said it is good to agitate, but there are more burning issues to spend the energy rather than trying destabilizing the country.

“It is always good to agitate, but since we all agree that this country should remain one the noise will not succeed.

“When they make the noise, they find that it won’t get supported, because Nigerians generally don’t believe in anything that would disturb their peace of mind. They won’t do it.”