Five books that are magical

Loving books expands your knowledge Base and gives you pleasure. Having read many books, I still revel in books that gave me a sense of… 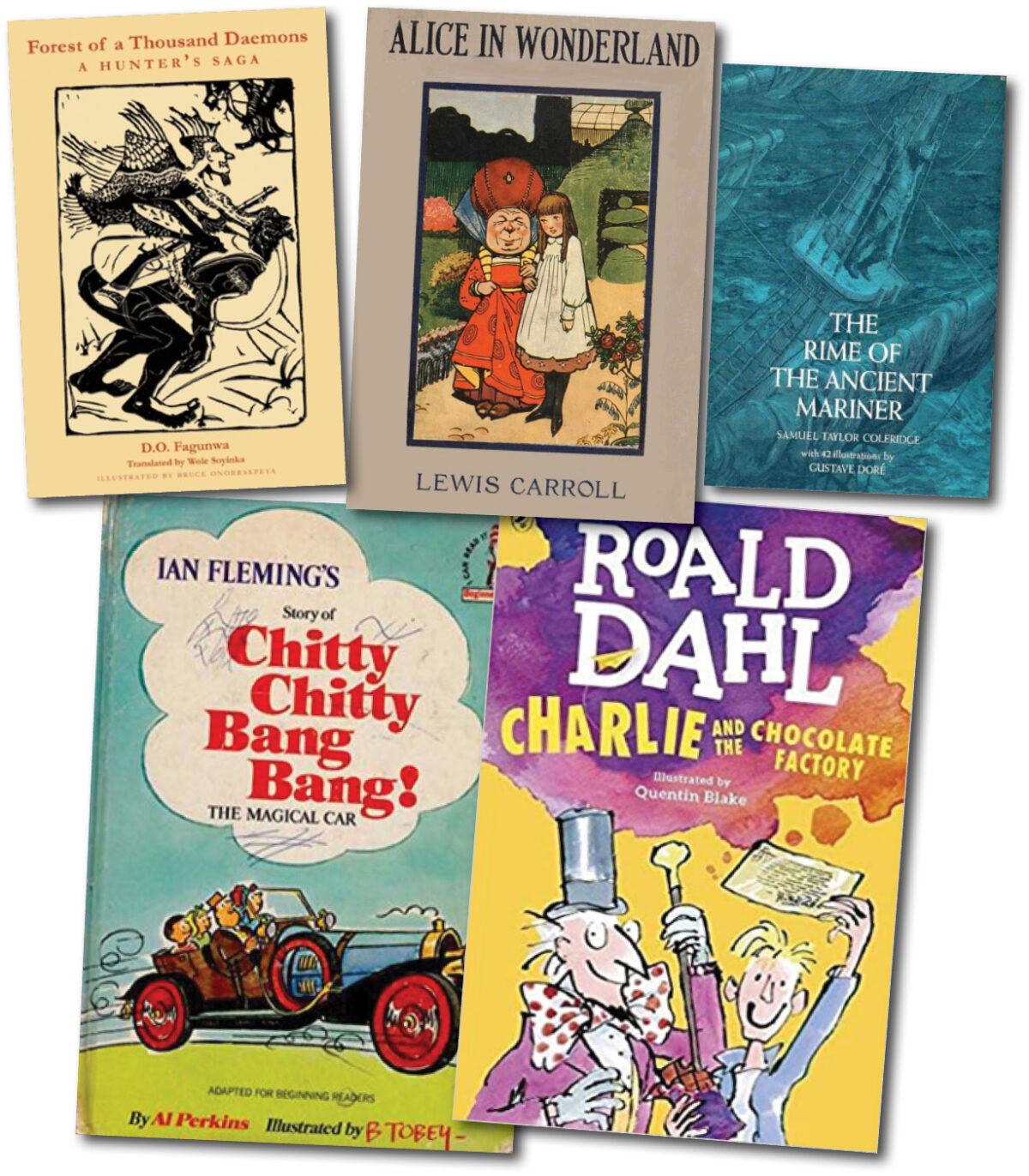 Loving books expands your knowledge Base and gives you pleasure. Having read many books, I still revel in books that gave me a sense of wonder when I was a young adult. Those books gave me a warm fuzzy feeling in my stomach and many years later, I still feel the same way just thinking about it. I am particularly enamoured of magical stories. You feel like you travelled to a new colourful country until you finish the book. Between the book covers, I tend to travel read. That out of body experience that makes you feel you are in the setting with all the characters. It’s as if you arrive in LaLa Land and everything is sprinkled in gold dust. Magical. I am a dreamer. I believe those stories I read many years ago have turned me into a storyteller. My fashion forward daughter Donna is also an aspiring writer and her first unpublished novel when she was twelve was a magical book.

A place where bad kids are taken to behave themselves. Wonder, magic, nirvana. In times of difficulty, economic downturns and health crisis, magical stories can give us comfort. We leave the reality at least momentarily to help us cope with the present. I have re- read some magical books from my childhood in this pandemic and added others. Everyone must read some magical books at this time. Let’s escape Coronavirus for a while, the data, the deaths, just get a break.

It is possible. Here are my recommendations.

1. Amos Tutuola’s The Forest of a Thousand Daemons. An incredible book translated by the author in an English all of his own. This book I lived in. Full of magic and spirits and close call escapes. This is the first full length Yoruba novel and one of the first novel in any African country. It is the tales of a Yoruba hunter Akara-Ogun who encounters magical beings including spirits, God’s, ghommets and all manners of spiritual beings in a the forest of a thousand demons. A book to be read re- read. A magical book to be enjoyed.

2. Alice in wonderland by Lewis Carol. I read this book as a nine year old. Read it again as a teenager and read it as an adult. In the last two years U have re-reads it and watched the movie. Nothing can trump childhood magical like Alice in wonderland. Alice falls down the rabbit hole and finds herself in wonderland. We can do nothing else but follow her in this amazing place meeting all the magical characters. The queen of hearts whose stock in trade is cutting people’s heads, the jabber work and a crazy tea party. Go and find it. Read it and shut out Coronavirus for a while.

3. The Rime of the Ancient Mariner by Samuel Coleridge – Taylor Taylor is a tale of retribution for killing one of God’s creatures, an albatross who was providing help for a ship that hits an iceberg. The mariner stops a wedding guest from attending a wedding to tell him the story of his travails on the high seas including a curse from 200 sailors who died.
The rime of the ancient Mariner is a lyrical poem full of amazing stories on the high seas. I was mesmerised by this poem when I was young. “Water water everywhere, everywhere and not a drop to drink” a line from the poem has stayed with me forever. And I travelled through the high seas with the ancient Mariner and could not get enough of the adventures. Pure Magic.

4. I lived for Chitty Chitty Bang Bang, The Magical Car by the iconic James bond writer, Ian Fleming. It’s difficult to believe that someone writes spy novels will write a children’s novel, so exciting that it will make movies that make grown men addicted. Great book.
Great movie. He wrote the book for his son Caster in 1964. A great book about a magical car.

5. Indeed magic is something that lives in the heart of kids. Everything seems more colourful, more extra. As we grow older we lose our sense of magic But it’s possible to reinvigorate it as an adult to relive it and the reward is unbelievable. I personally re-live my childhood magic through books or movies. This last recommendation combines my love for chocolate and my love for adventure. So in ‘Charlie and the Chocolate Factory’ by Roald Dahl, Charlie Bucket a chocolate works in a chocolate factory Willy Wonka played in the movie by the talented Johnny Depp. Although the book was banned in some states because of what some people perceived as animals talking nor being healthy and the death of a spider inappropriate for children, I think it’s a great book for re-living magic. Grab a copy.