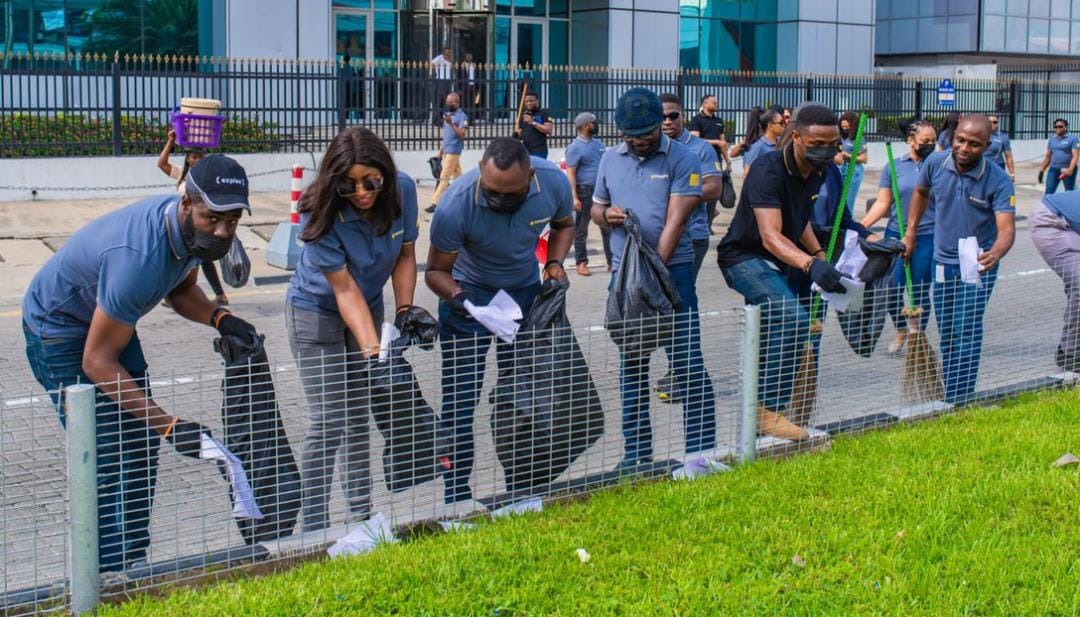 Palton Morgan, a frontline real estate investment and development firm in Nigeria, has honoured sweepers working for the Lagos State Waste Management Authority (LAWMA) as part of the recent celebration of the 2022 Customer Service Week.

The LAWMA staff, stationed at Ajose Adeogun and Sanusi Fafunwa axes, were joined by staff of Palton Morgan to clean the environment.

“Keeping in mind this year’s theme of: “Celebrating Service”, we chose to honour LAWMA workers; those who clean the environment,” said the Director of Corporate Social Services of Palton Morgan, John Fanibuyan.

He further said, “Although there are many services rendered by businesses in various sectors of the economy, we look at it from the perspective of these people providing services critical to the existence of human beings and the sustainability of this planet, earth.

“The highway managers that you see ensure that the dirt and waste that we litter do not pollute the ecosystem.”

He added that, “If you’re driving on the road there is so much dirt, and you see flies everywhere, rats roaming freely, human waste on the road, and so on; what kind of sight is that? That was why we chose to honour these individuals.”

Fanibuyan explained that what they hoped to accomplish by participating in cleaning up the environment was to demonstrate that Palton Morgan believed in leading by example.

He explained that, “If you want to honour someone who does something essential, go along with them and do what they’re doing so that they know you’re walking your talk.”

Group Head, Customer Service, Palton Morgan, Adeyemi Adebambo, stated that they reached out to the LAWMA staff to let them know that on that day the company would take responsibility for sweeping the streets.

He further said, “Afterwards, we presented gifts to them as tokens of appreciation for the services they provide to us, not only as a firm, but also to the state as a whole.”

The Supervisor of LAWMA on Ajose Adeogun and Sanusi Fafunwa streets, Meshack Egbe, lauded Palton Morgan after the sanitation exercise.

He said, “This really shows that they value the work that LAWMA does, because we see people pass by without really appreciating what we’re doing on the streets.

“But joining us to clean the environment together shows that they notice us and appreciate what we’ve been doing.”