The federal government in collaboration with the private sector has launched a trust fund for HIV worth over N62.1billion in the country. Tagged ‘HIV Trust… 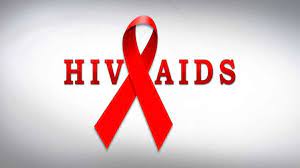 The federal government in collaboration with the private sector has launched a trust fund for HIV worth over N62.1billion in the country.

Tagged ‘HIV Trust Fund of Nigeria’ (HTFN) it is geared towards sustainable mobilization of resources from the private sector towards ending AIDS in Nigeria, particularly in the prevention of mother to child transmission of HIV.

Launching the Fund Tuesday in Abuja, President Muhammadu Buhari said he hopes the

private sector and other partners would surpass the N62.1 billion target in the next five years.

He commended the National Agency for the Control of AIDS ( NACA) and the Nigeria Business Coalition Against AIDS (NiBUCAA) and other private sector stakeholders for proposing the trust fund.

The president said that ending AIDS is a public health priority in Nigeria that required increased domestic funding .

Also requires sustained and shared responsibility with the private sector, adding that his administration would continue to make good its commitment to place more people on HIV treatment in Nigeria .

Dr. Gambo Aliyu , Director-General of the National Agency for the Control of AIDS (NACA) said the Nigeria AIDS Indicator and Impact Survey (NAIIS) showed that two million Nigerians were living with HIV out of which 800, 000 has been identified and placed on treatment as of three years ago.

He said that in the last three years, the federal government had placed an additional 900, 000 persons on treatment , bringing the total number of people living with HIV who have been identified and placed on treatment in the country to 1.7 million.

He said ,”This puts Nigeria on a fast track lane to control the HIV spread by 2023 seven years earlier than the global target of 2030.”

Secretary to the Government of the Federation, Boss Mustapha said that about 80 percent of funding for HIV in the country has been from donor funding with the private sector contributing about one to two percent while the federal government provides the rest.

Dr Herbert Wigwe, board chairman of the HIV Trust Fund of Nigeria said without adequate funding some people living with disease would not be able to afford the required anti-retroviral therapy .

He said as a result ,viral loads would increase leading to transmission of the virus, more children born with HIV and a potential HIV/AIDS epidemic.

He said, “The HIV Trust Fund of Nigeria (HTFN) is a private sector driven platform that would only reduce the burden of HIV/AIDS in our society but also prevent mother to child transmission.”

Alhaji Aliko Dangote Chairman, Board of Trustees of Dangote Foundation said it is a collective responsibility to bring the number of Nigerians living with HIV from two million to zero.

He said the money raised for the fund would be used to get pregnant women tested and to place those who tested positive on treatment, among others.

While calling for support for the trust fund, he promised to contribute to it over the next five years.