Fast-rising Kannywood stars to watch out for

Northern Nigeria’s film industry, Kannywood, is filled with talented actors and actresses who hold promises to grace the screens this year. The Hausa-language movie industry,… 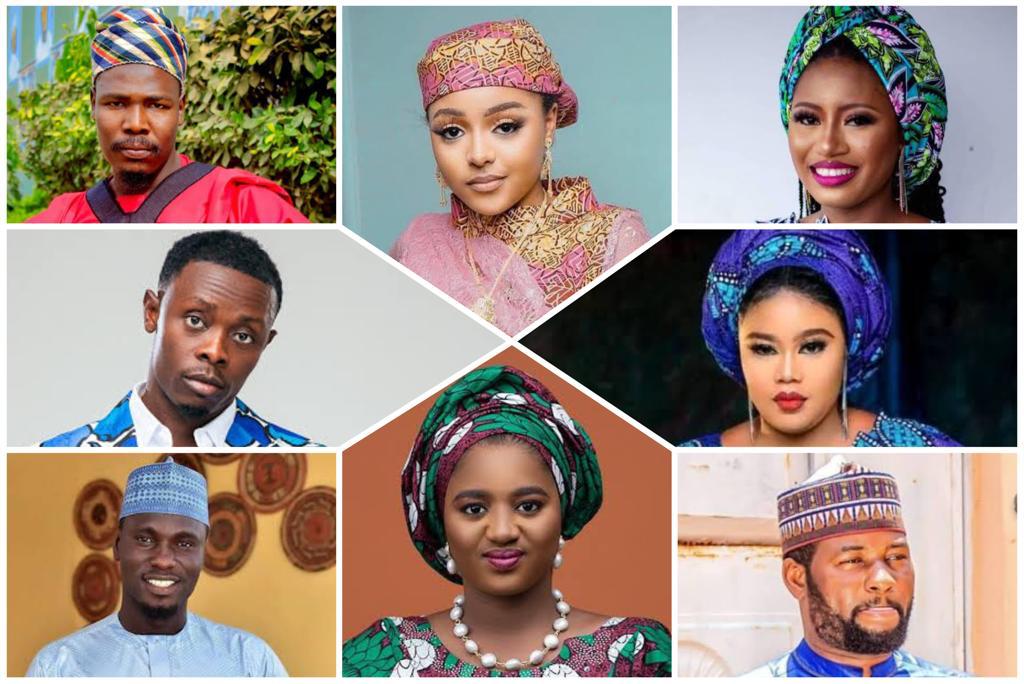 Northern Nigeria’s film industry, Kannywood, is filled with talented actors and actresses who hold promises to grace the screens this year. The Hausa-language movie industry, through which a majority of northern Nigerians dominantly experience cinema, home videos and even Hausa music, has an array of relatively new faces worth anticipating as the year goes by. Daily Trust highlights a few of those artistes

Hikima, whose real name is Adam Abubakar Adam, and also known as Abale, is a young actor from Kano who is fast grabbing the attention of audiences.

The young man is a registered nurse who has shelved his nursing career to dedicate better time and attention to his growing career in the industry.

Hikima, in an interview with BBC Hausa, said he originally joined the industry as a backstage member in a continuity crew.

Known and admired for his thuggish roles, he has carved a niche for himself with successful movies such as A Duniya, Labarina, Farin Wata, Iyyali Na, among others.

Last year, he was awarded the “Kannywood Actor of the Year 2021” by 360 Hausa Recognition Awards, and it is evident that there are good chances of seeing more of him as this year goes by.

Rahab is often praised as the youngest star in the industry. The 18-year-old pretty lady started her acting career at the age of 10 when she featured in the movie ‘Ummi’ in 2014 alongside Adam A. Zango and Jamila Nagudu.

Born and brought up in Kaduna State, the actress has been seen in a number of movies and her acting skills are quite acclaimed. She is noticeably very active on social media platforms such as Instagram and TikTok, thus, fast gaining the attention she needs as an ambitious actress.

Maimuna Abubakar is popularly known as Momee Gombe. The charismatic young woman started her career in the industry as a dancer and had been noticed for her dancing skills before she began taking up proper acting roles.

She has appeared in some movies including Kishin Mata and Asalin Kauna.

In 2019, she was featured in Hamisu Breaker’s ‘Jarumar Mata’ music video, the video that became the biggest hit song of 2020 in the Hausa-speaking northern Nigeria.

Aisha Najamu got the nickname ‘Izzar-So’ from a popular ongoing YouTube series by Bakori TV, Izzar So, in which she’s a strong lead character.

Najamu, in the melodrama-like series, has demonstrated not only her talent but also the readiness to be a force to reckon with in Kannywood.

With roles in several movies since after Izzar So, she is recently becoming one of the most sought-after actresses in the industry.

Yusuf Muhammad Abdullahi, fondly addressed as Yusuf Saseen in Kannywood, was born and raised in Kano.

He started acting in 2017 when he starred in a movie titled ‘Charbi’, but his stardom began when he was featured in a popular seasonal show, Labarina, by a northern Nigerian-based television channel, Arewa24, in which he acted a favourable role.

Saseen is among the few upcoming Kannywood actors with the proven potential to ring louder bells this year.

Aisha Ahmad Idris is popularly known as Aisha Humaira after acting in the movie, Humaira, where she played the role of Aisha.

After starring in many successful movies including Hafeez, Humaira, Sirrin Dake Raina, Zainul Abideen, Ciwon, Idanuna, Ana Barin Halak and Wutar Kara, it is evident that Humaira is in Kannywood for a strong purpose.

She joined Kannywood in 2018 with as much talent as her energy. The young lady, who grew up in Kano, made a bang when she was featured as a lead character in the movie, Hafeez, alongside veteran singer and actor, Umar M. Sheriff. Since then, she continues to glamorise not only on Instagram but on the big screens.

She’s surely one of the actresses to anticipate this year.

Mentored by the biggest actor in Kannywood, Ali Nuhu, Shamsu Dan Iya came into the industry almost fully made.

The 32-year-old actor from Kaduna has already established both his name and presence in the industry with films such as Sareena, Gamu Nan Dai, Mujadala, Jaruma, among others.

The young man is also a director and producer of movies and he exudes vibrant energy in all.

He is best known in Kannywood for the role he played in his debut movie, Hauwa Kulu.

He was nominated at City People Entertainment Awards in 2018, as well as Arewa Most Promising Music Act of the Year.

Lilin Baba won the 2019 Arewa Best RnB Music Act of the Year at the City People Entertainment Awards. Though he’s more noted for his music, his movie ‘Hauwa Kulu’ has recorded enough success that audiences are craving to see more of him in the movies this year.