Major supporters and kinsmen of former President Goodluck Jonathan have thrown their weight behind the presidential candidate of the ruling All Progressives Congress (APC), Bola… 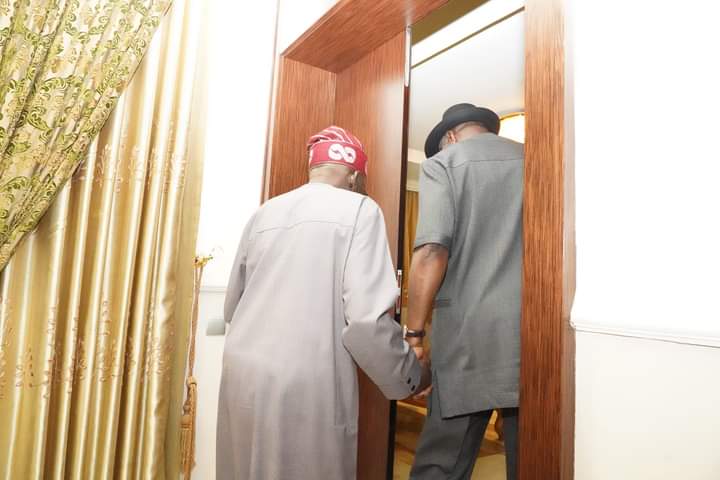 Major supporters and kinsmen of former President Goodluck Jonathan have thrown their weight behind the presidential candidate of the ruling All Progressives Congress (APC), Bola Ahmed Tinubu, for the 2023 election.

The kinsmen, who are members of the Citizens Network For Peace and Development in Nigeria (CNPDN), said they are backing Tinubu, who they said, has the structures and capacity to win the elections after Jonathan declined to heed their persistent calls to contest the presidential race.

&#8216;Delta not an ATM for Presidential Candidate who loves Dubai&#8217;, Tinubu blasts Okowa

CNPDN earlier this year was among the coalition of civic groups that called on Jonathan to join the presidential race on the platform of the APC.

The coalition had also involved prominent Southern leaders to prevail on Jonathan to join the race. Jonathan who promised to consult widely reneged at the last minute.

The National Secretary of the group, Mr Francis Okereke Wainwei, at a news briefing weekend in Abuja, said they drummed support for Tinubu taking into consideration the declarations of both the APC Northern Governors’ forum and that of the Southern Nigeria Governors’ forum that the South should produce President Muhammadu Buhari’s successor for the sake of equity and fairness.

“Our choice of Bola Tinubu is strongly premised on his wealth of political experience, intellectual sagacity, a knack for identifying and recruiting competent people and the capacity to mobilize human and material resources for the accelerated and holistic development of the country.

“We believe strongly that the next president of this country should be someone who firmly believes in the philosophy of ‘building the people to build the nation’, he should be a people-oriented president.

“Tinubu fits perfectly for the kind of president Nigeria needs in the next dispensation.”