‘Delta not an ATM for Presidential Candidate who loves Dubai’, Tinubu blasts Okowa 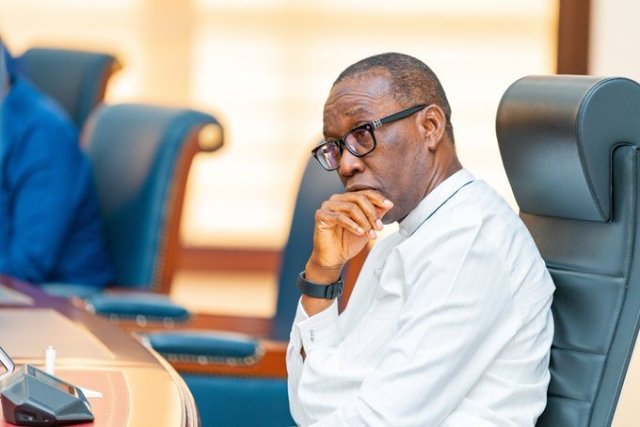 Tinubu said this at the APC rally, which took place at the Warri Township Stadium, on Saturday.

While addressing the rally, Tinubu accused the opposition party of abandoning infrastructural development in the state and leaving the state to rot away.

He said: “Delta is among Nigeria’s largest oil and gas producing states. Revenue from oil and gas has historically been the backbone of government revenue and foreign exchange earnings.

“As such your state and other oil producers have made a one-of-a-kind financial contribution to the building of modern Nigeria. The nation is thankful to you.

“Delta has all it takes to be great and help lead the nation forward. Yet, for the past twenty-three years, those governing your state have taken you for a hard and long ride by selling you short. They have not done the things they should have and could have done for you.

“The infrastructure in the state was better 30 years ago than it is now. The state has recorded historic debts run up by the incumbent yet the infrastructure and other things still remain lacking because of under investment and neglect.

“The money is much but it does not have legs. Where did it go? Not to your welfare. Perhaps, it has found a home with a certain presidential candidate who loves Dubai more than Nigeria. But Delta State is not an ATM for migratory politicians. It is a place where good and hardworking people reside and work to create decent and peaceful lives for themselves and their families.”

On his plans for Delta State, which he described as another home to him, Tinubu promised to re-activate the gas revolution industrial park while also seeing to the cleaning of the whole Niger-Delta region to ensure that the host communities do not suffer for building the nation’s economy through their oil.

Addressing the rally, APC Governorship candidate in the state, Senator Omo-Agege, said the Governor of Delta had failed the state and should step down.

He said Delta under Okowa’s watch had become poverty and slum capital of the country and urged the people of the state to vote for Tinubu and all APC candidates in the 2023 general elections.

Senator Oluremi Tinubu, a daughter of the soil addressed the people in her Itsekiri language, urging them to vote for APC so they could have one of their own in the corridor of power.