"This election is for the unity of our people, it is not about me," he said 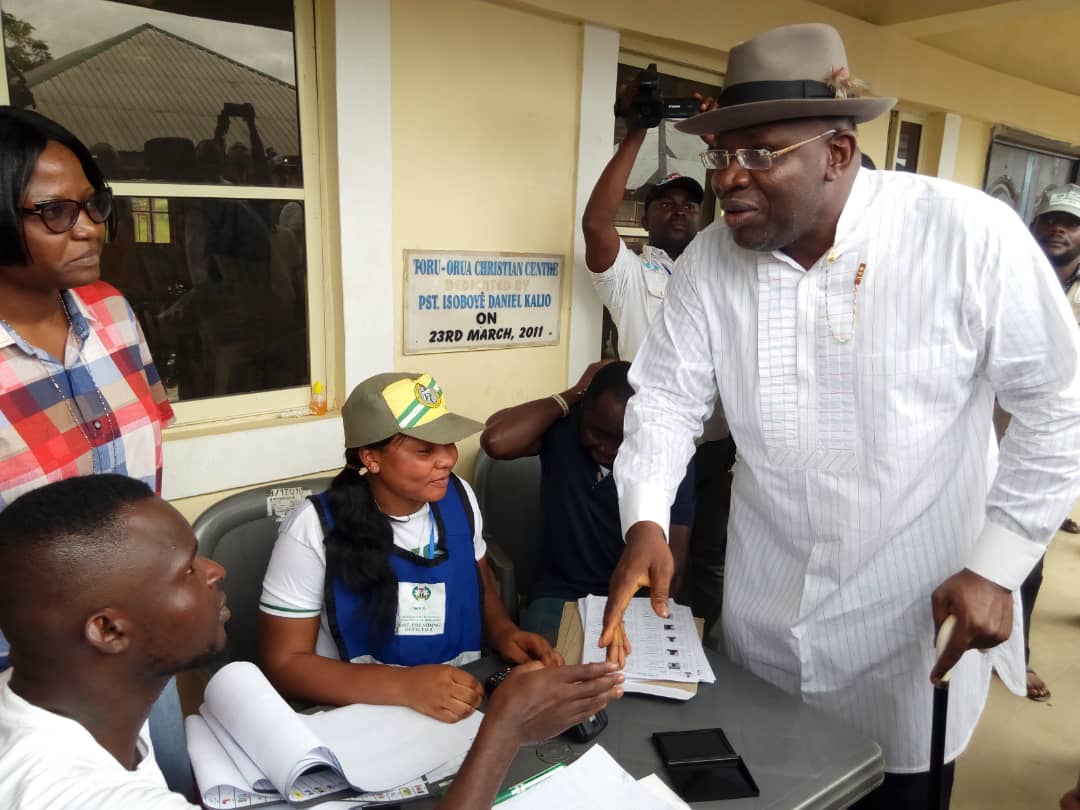 The Returning Officer for the primary, Barr Nicholas Obhiseh, while announcing the result, declared Dickson as the validly nominated candidate for the senatorial contest having polled 334 out of 338 accredited delegate votes, with four invalid votes.

The former governor had no opponent during the primary as members of the PDP from the Sagbama and Ekeremor local governments decided not to pick the party’s nomination form as a mark of honour to the former Governor.

Speaking shortly after being declared as PDP senatorial candidate, Dickson promised the people that he would not fail them said that Bayelsa West, Bayelsa and the Ijaw nation needed very strong voice and representation at the National Assembly especially at a time when ‘controversial’ bills like the Water Resources bill were being reintroduced into the National Assembly.

He said that he had always been in the vanguard of the defence of the people on sensitive matters such as the water resources bill, restructuring, resource control, revenue allocation and others.

He said: “I am a proponent of the zoning. This will make Sagbama and Ekeremor become more united in the interest of posterity. I will spearhead it.

“We will defeat those who are working against the interest of the Ijaw nation. After the primaries, there should be operation deliver your unit, ward, your community,

“The unity of Ekeremor and Sagbama should be sustained. We should not subvert the unity of our people because of individual selfish interest of some persons.

“There are a lot of battles at the National Assembly, the voice of the Ijaw nation should be heard.

“This election is for the unity of our people, it is not about me. Sagbama and Ekeremor unity will triumph,” He said.