Defending champions, Rivers United have maintained their winning streak as they defeated visiting Niger Tornadoes 2-1 in the Match Day 3 fixture of the 2022/23… 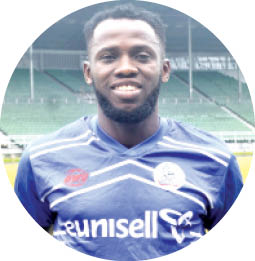 The hosts got off to a perfect start in the 7th minute after Kazie Enyinnaya headed home from a corner kick well executed by Chiamaka Madu.

However, in the 15th minute, there was a mild drama after the referee adjudged a goal scored by Niger Tornadoes’ Charles Okafor from a freekick as offside.

Fourteen minutes later, the visitors were awarded a penalty kick after David Okoromi was pushed down inside the area leading the centre referee, Faro Abdulrahman pointing to the spot.

Waheed Adebayo stepped up to take the penalty and expertly sent the goalkeeper, Seidu Mutawakilu the wrong way to make the scoreline 1-1.

In the half hour, Super Eagles defender, Ebube Duru scored from a well executed free kick to restore the lead as the first half ended 2-1.

At the restart of the second half, both teams pushed forward but in the 77th minute, the champions had the chance to increase the lead when Maurice Chukwu took a dangerous freekick, which brought out the best from the goalkeeper, Lucky Abdullahi who punched the ball away to safety.

In the 82nd minute, Tornadoes equally had their chance to get a point from the game when David Okoromi was one-on-one with the goalkeeper but fluffed the chance. They however continued to pile pressure on their hosts in search for a leveller but it amounted to nothing as the game ended 2-1.

Meanwhile, Rivers United will play their home matches of the CAF Confederation Cup at the Godswill Akpabio International Stadium, Uyo after CAF said the Adokiye Amiesimaka Stadium didn’t meet up with CAF requirements for hosting of games.