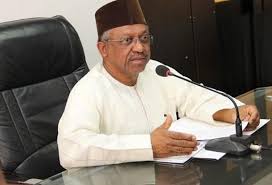 The association highlighted the target areas as it prepares for its second National Health Summit in November, the first of which gave rise to proposals that led to the National Health Act.

NMA president, Dr Francis Faduyile, told a press conference in Abuja, “The major problem is for us to be able to have a sustainable primary health care. It is beyond the ministry of health but it is primarily state.

“We expect the new ministers to work with states to ensure states increase funding to ensure primary health centres are functional,” said Faduyile.

“If primary health care is good, the pressure will reduce on the secondary and tertiary systems.”

Faduyile said the new ministers must also interface with other ministries so they can work well together, noting that sustainable healthcare was multi-dimensional, with factors that cut across the purviews of other ministries, including agriculture, environment and finance.

He added that the new ministers must also encourage federal government to increase funding to health.

“They should also encourage the public to help increase health financing by using the National Health Insurance Scheme,” he said.