Barring any last minute change, the top echelon of the ruling All Progressives Congress (APC) will disqualify the minister of labour and employment, Senator Chris… 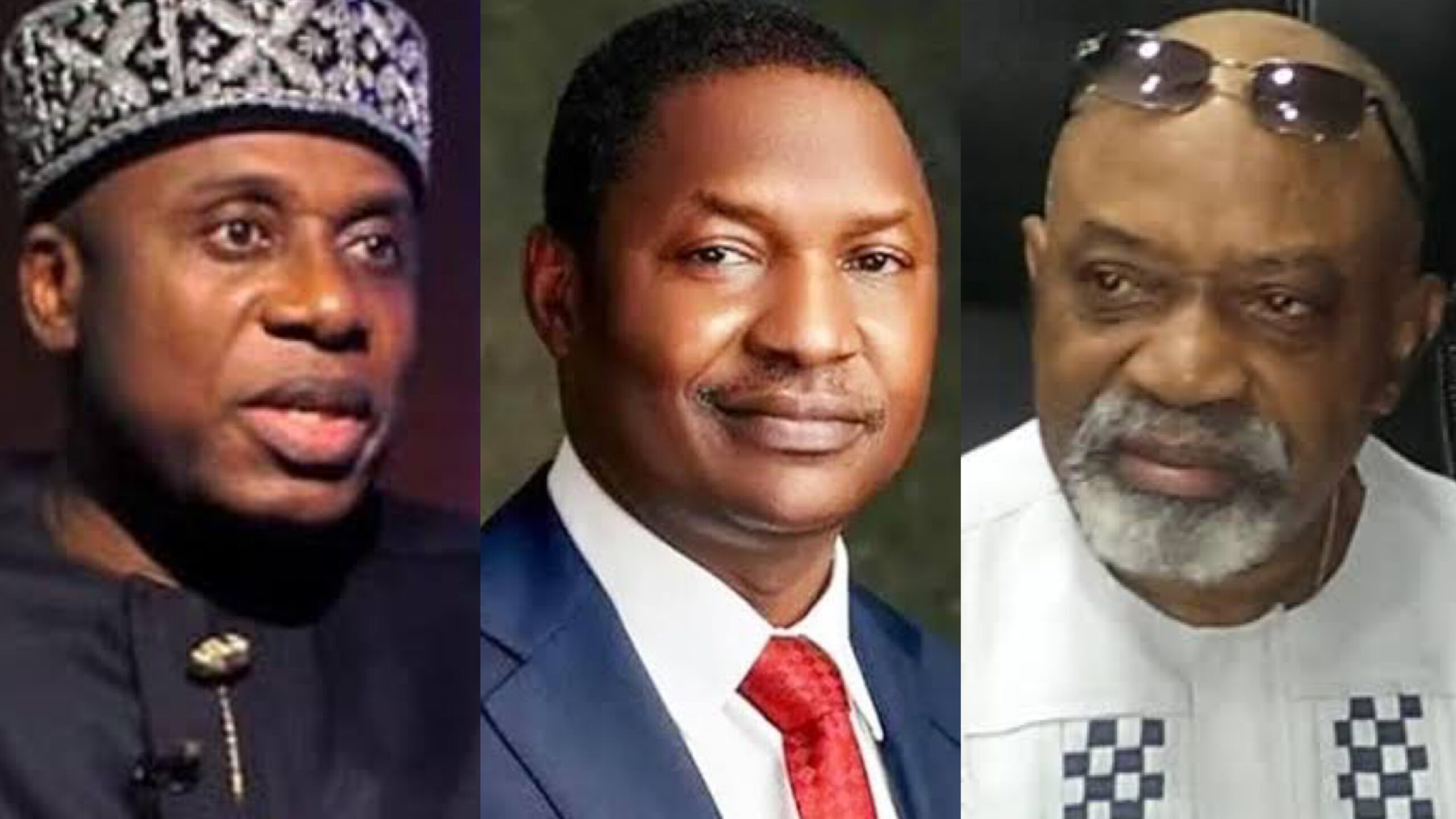 Barring any last minute change, the top echelon of the ruling All Progressives Congress (APC) will disqualify the minister of labour and employment, Senator Chris Ngige; minister of transportation, Rotimi Amaechi and the minister of state for education, Chukwuemeka Nwajiuba, from contesting in the party’s primaries slated for May 30 and June 1, 2022.

The three ministers are running for the presidency on the platform of the APC but are yet to comply with the provisions of the party’s new guidelines for the nomination of candidates for the 2023 general elections by resigning their positions as ministers three days to the deadline.

There are reports that the attorney general and minister of justice, Abubakar Malami (SAN), is equally warming up to contest the Kebbi State governorship poll on the APC platform.

APC’s new guidelines for nomination of candidates for the 2023 general elections provide that all political appointees must resign 30 days to the party’s primaries or would be disqualified.

Sequel to this, Amaechi, Ngige and other political appointees running for various offices on the platform of the ruling party are left with just three days to resign or risk disqualification.

The APC new guidelines read in part: “No political appointee at any level shall be a voting delegate or be voted for the purpose of the nomination of candidates.

“Any political office holder interested in contesting for an elective office shall leave office 30 days prior to the date of election of party primary for the office sought.

“Violation of any of these guidelines shall attract automatic disqualification.”

Similarly, Section 84 (12) of the new Electoral Act directs all political appointees seeking elective office to resign ahead of any party primary they plan to participate in.

The APC national publicity secretary, Felix Morka, had said the party would ensure that all political appointees willing to contest election on the platform of the party resigned in line with the provisions of the new Electoral Act.

Ngige, while fielding questions from state house reporters on Wednesday, said he had not been informed by the leadership of the party, noting that he would be guided by the provisions of the Nigerian Constitution.

He said, “I don’t know about that; I’m hearing for the first time from you. But like I always say, I’ll be guided by the letters and spirit of the Constitution of the Federal Republic of Nigeria. You are pushing me into something that is not necessary to discuss, because that aspect of the law enacted by the National Assembly via the Electoral Act, that Section 84:12, has been struck down by a court of law and the case is on appeal.”

Asked about his take on the view of some Nigerians that the N100m fee to buy presidential forms is “outrageous”, he said, “Well, that is the people’s view. I had said earlier that I made a budget for N50m, and it is now N100m. So, I have discussed with my supporters and they are raising the money to augment whatever was before now. So, when they finish augmentation, I believe that we’ll get up to N100m so that we can purchase our forms.”

The minister of state for education, Chukwuemeka Nwajiuba, yesterday, bought his expression of interest and nomination forms for N100m and became the first presidential aspirant to obtain the forms at the APC national secretariat in Abuja.

The APC National Executive Committee (NEC) had approved N30m for expression of interest form and N70m for nomination form amounting to N100m for presidential aspirants on its platform.

Speaking with newsmen after picking the forms for the minister, a House of Representatives member, Chidi Wogu, described the presidential aspirant as one of the oldest and most reliable politicians.