Daniel Amokachi: Pinnick is a failure, he should leave

A former Nigerian international, Daniel ‘D’Black Bull’ Amokachi, has called on the embattled president of the NFF, Amaju Pinnick, to leave for a more competent… 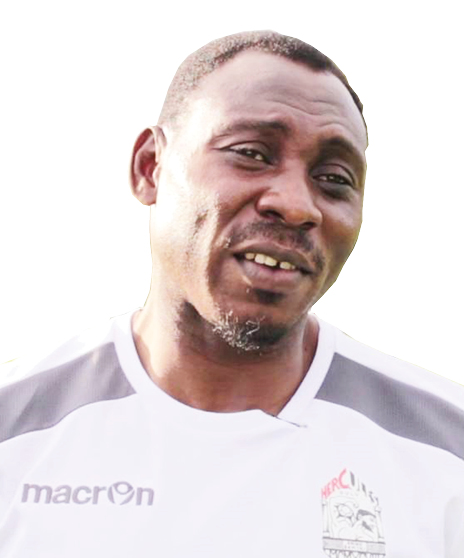 A former Nigerian international, Daniel ‘D’Black Bull’ Amokachi, has called on the embattled president of the NFF, Amaju Pinnick, to leave for a more competent Nigerian to move Nigerian football forward. The Special Assistant to President Muhammadu Buhari on sports who spoke in a recent interview with Alive Tv, among other things, said apart from being a failure, Pinnick is greedy and can’t be trusted.

You once played in the English Premier League. What is your assessment of the performance of Nigerian Players in the Premier League last weekend?

They played well. Taiwo Awoniyi is now a history maker after scoring Nottingham Forest’s first goal after a 23-year absence from the Premier League. This is a plus. Some people will say it’s a lucky goal but a goal is a goal. The ball crossed the white line and the referee signalled to the centre circle. It is good to see that the Premier League is back. The first two weeks of the league have been very entertaining. The London derby was very intense and you could see Thomas Tuchel and Antonio Conte hyping it up during and after the game.

Your former team Everton have not started the season well. They have lost two out of two. Do you see them struggling this season?

Since day one, when I signed for Everton, they always struggled. Even when I was there in the 1994/1995 season, we struggled and sneaked out of the relegation zone but at the end of the day, we won the FA Cup. Since then, it has been like that. They pump in a lot of money, spend a lot of money but at the end of the day, it is always like that. We saw how Lampard struggled till the last two games of the season last year. People may say it was only two matches but two games in the Premiership and six points is a lot. When you drop a point, when you drop two points or three points, it means a lot because winning the league or being relegated can be decisive on these points.

The NFF elections are coming and some people are asking why Amokachi is not contesting. Why have you not shown interest?

I think it’s good that for the first time in decades, the government is involved in it. In the past, they have been silent about NFF elections. But this time the President and Minister of Youth and Sports Development are interested in it. They have seen that there is something shady being planned and they would work to prevent it. The elections will be free and fair. Whoever wants to be a part of it should show up. The most important thing is seeing ex-internationals who are willing to drive our football forward. The same time, I am a strong believer and I say it the way it is. Because you were once a professional football player does not make you a good coach. You being a successful football player does not mean you will make a good football administrator. So, we shouldn’t confuse Nigerians that because we are ex-internationals, we should be able to take over and lead Nigerian football…

Is that why you are not running?

No, I am a strong believer and I am waiting. If I see the positive signs that I should, why not? I think I have contributed a lot to Nigerian football and I have a lot in my head that can drive any football club, national team, any state FA or any national FA to the next dimension.

The Minister has done a good job in creating a clear ground for anyone who feels they are good enough to apply and what we have discussed in the last minute might happen here. We may see ex-Nigerian internationals coming out to contest. Like you just said, Samuel Eto’o is doing a good job as the President of the Cameroonian Football Federation. You just mentioned Didier Drogba in Cote d’ivoire. We all know what is happening. It is crazy politics. That is why Didi is not there but I hope next time, he will come up and get in there. We wish anyone who wants to drive our football the best of luck. But we are all waiting to see what will happen.

Amaju Pinnick had said he will not go for a third term but many do not believe him. People don’t seem to believe him. Why is that so?

When you say a lot of people don’t believe what Amaju Pinnick is saying, I am a living testimony to what he can do when he says something. I was at the FIFA Congress. I was standing with FIFA president Gianni Infantino. He looked at me and said ‘this is my Technical Director. I was with the then CAF president Ahmad, he told him this is my Technical Director. And I was with the Hon. Minister of Sports, Chief Sunday Dare, and he told him the same thing. But the next minute when the media asked him, he denied. So, I won’t be surprised that he told Nigerians that he does not want it but deep down, the whole world knows he wants it. But he is just being greedy as a human being or a black Nigerian. Nobody in Nigerian history went for a second term and won but the heavenly Lord blessed you and you have done eight years. You are also a CAF and FIFA Executive member. So, what else do you want? If Nigerians say you have failed and they need a new hand, I think you should bow out and allow the right person to drive Nigerian football. You have made your contributions. Nigerians won’t dispute that. But let’s move on. We pray the next person that is coming would have the heavenly grace to lead Nigerian football.

As the Special adviser to the President on sports, what are your achievements so far?

Every Nigerian is proud of what has happened in the last month. Sunday Dare has been the Minister of Youth and Sports Development for the last three years. We have faced a lot of huge battles, from football to basketball and then athletics and handball. The Ministry has a small budget but many problems. But by the special grace of God, we have achieved a lot of things under the leadership of Sunday Dare. A lot of good things have happened but people refuse to acknowledge them. Stadiums that were abandoned for decades are now functioning. The adopt-an-athlete scheme was also introduced and a lot of athletes have been financially supported through it. We have also helped in treating many athletes with injuries and logistics issues. We won 35 medals at the last Commonwealth games and that’s a huge achievement.