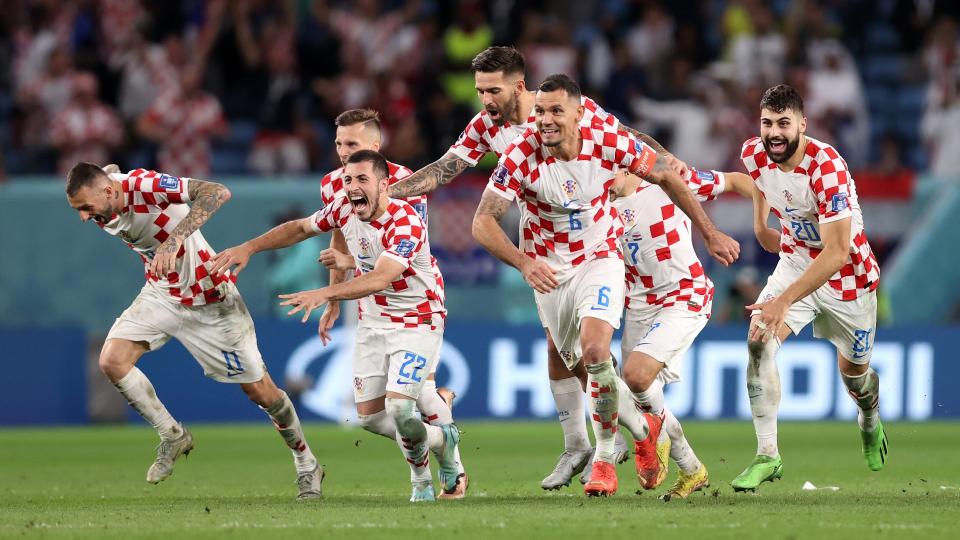 Croatia reached the quarter-finals of the World Cup on Monday with a dramatic 3-1 penalty shoot-out win over Japan after a tense last-16 clash ended 1-1.

Mario Pasalic struck the winning penalty to send Croatia through after Ivan Perisic had pulled Croatia level in the 55th minute of normal time following Daizen Maeda’s opener for Japan just before the break.

“They gave us a hard game, but we knew that would be the case, it’s not a coincidence that they beat Germany and Spain,” said Nikola Vlasic.

“We had more chances and I think we deserved to win.”

Japan’s bid to reach the last eight for the first time in their history came to a crushing end after another display of the sort which saw them top Group E.

However, they could not claim one more big European scalp in the shape of the 2018 finalists and go home in the second round, as they did four years ago.

“We beat Germany, we beat Spain… If we take confidence in that, and if we think about overtaking these teams rather than just catching up, the future is bright.”

The battle
Japan could easily have been ahead within three minutes when Shogo Taniguchi glanced a header wide from point-blank range, and 10 minutes later Daizen Maeda came close to turning in Junya Ito’s brilliantly placed low ball from the right flank.

In the meantime, Perisic had let off a shot from a tight angle which led to a goalmouth scramble but had Croatia scored they risked the goal being ruled out for what looked like a clear push on Takehiro Tomiyasu.

Bruno Petkovic then wasted a great opportunity in the 25th minute, strolling through almost unopposed onto a long through ball only to dawdle and fail to get a pass off to Andrej Kramaric who was charging into the box.

Kramaric was then too slow to latch on to Perisic’s dangerous flick-on and from there Japan took control and the lead.

Daichi Kamada had already blasted over after a superb passing move when in the 43rd minute Maeda fired in the opener after Ritsu Doan’s cross was knocked down by Maya Yoshida.

Japan looked the better team and ready to inflict more damage but out of the blue, Croatia’s most dangerous player Perisic levelled the scores with a bullet header from Dejan Lovren’s deep cross.

Almost immediately afterwards Wataru Endo responded by having a good strike tipped over the bar by Livakovic, before Shuichi Gonda pulled off the save of the match to keep out Modric’s beautifully struck, dripping shot.

Modric was replaced nine minutes into the first half of extra time in which Japan had the best chance, Kaoru Mitoma’s effort well tipped away by Livakovic.

With penalties drawing close, one final chance fell to Modric’s replacement Lovro Majer, who dragged his shot wide, but Livakovic prevailed in the shoot-out to end the Blue Samurai’s entertaining adventure.