The Director-General, Nigeria Centre for Disease Control (NCDC), Dr Chikwe Ihekweazu, has said that the new mutant strain of COVID-19 in the United Kingdom has… 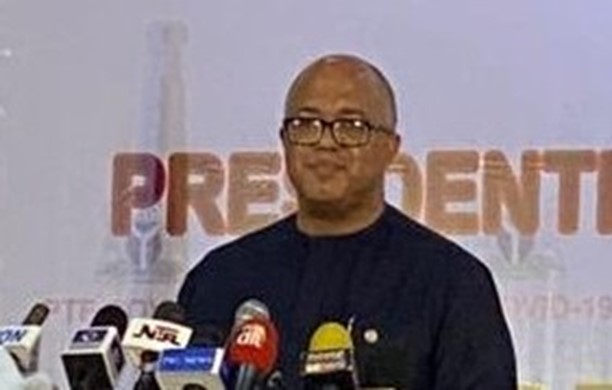 The Director-General, Nigeria Centre for Disease Control (NCDC), Dr Chikwe Ihekweazu, has said that the new mutant strain of COVID-19 in the United Kingdom has not been found yet in the country.

He said this on Thursday in Abuja at the joint national briefing of the Presidential Task Force (PTF) on COVID-19.

According to him, the NCDC in collaboration with the Africa Centre of Excellence for Genomics of infectious Diseases (ACEGID) did some sequencing in the past but did not find the variant which was said to be deadlier than the original strain of the virus.

Ihekweazu said that viruses by their nature mutate, and that the important thing was for Nigerians to stay calm and safe.

“Over the last few days, we have monitored reports of the virus mutating in the UK, South Africa and some other countries but it is important to establish some facts about what we know, what we do not know and what we are willing to learn over the next few years.

“The most important fact to put out there to calm everybody’s nerves is that viruses mutate all the time. We have not found that UK strain but also, it is not something we have been looking for on the go.

“To find that, you have to do sequencing. And our focus has not been on sequencing. We did some sequencing in the past but we haven’t found that.

“We only found two were similar but not the same. However, we are doing more sequencing. Is it possible that they are circulating? Yes. This is because there are a lot of travels between the UK and Nigeria”, he said.

He added that the NCDC would collaborate with stakeholders to collect new samples for sequencing in order to determine their variant.

“This is ongoing work. It cannot happen in a hurry. It is very complex. Sequencing is not a straight-forward business which is why we have only a few centres that are able to do it,” he said.

Light on the horizon

While urging the states to reopen their test centres, Ihekweazu said that the NCDC alone could not conduct all COVID-19 tests sent in from the states.

He said that the centre was working on adopting the use of Rapid Diagnostic Test Kits from next year in order to scale up testing in the country.

He said, “On testing, there is light at the end of the tunnel. By next year, we will be introducing the use of rapid test kits. We have made significant procurement that is coming in January and through that, we are taking testing closer to the people away from the laboratories.”

The new variant of COVID-19 in the United Kingdom and some parts of Europe was identified by Nigerian scientists at ACEGID, Redeemers University Ede in Osun State.