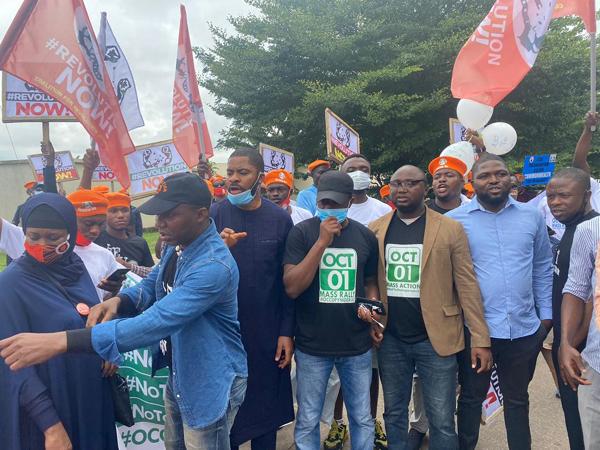 A Federal High Court in Abuja has ordered the Department of State Services (DSS) to release five persons arrested at a Church while adorning T-shirts with ‘BuhariMustGo’ inscriptions.

Justice Anwuli Chikere on Monday, while ruling on an ex parte application, issued an injunction that the DSS immediately release the detainees before the next adjourned date of August 2.

In the fundamental rights enforcement suit filed on their behalf by their lawyer, Tope Temokun Esq., they are seeking an order of court against the DSS DG, President Muhammadu Buhari, the church’s pastor-in-charge, Pastor Paul Enenche, and Attorney General of the Federation for alleged unlawful arrest and detention.

The detainees, associates of convener of #RevolutionNow, Omoyele Sowore, are further demanding the sum of N10 million each, in damages, for the violation of their fundamental rights.

According to the lawyer, his clients’ rights are guaranteed under sections 35, 38, 39, and 42 of 1999 Constitution (as amended) and under Articles 1, 2, 6, 8 and 9 of the African Charter on Human and People’s Rights Ratification and Enforcement.