Commuters and travellers were on Monday stranded in Benin City, the Edo State capital following the protest embarked upon by commercial drivers over extortion and… 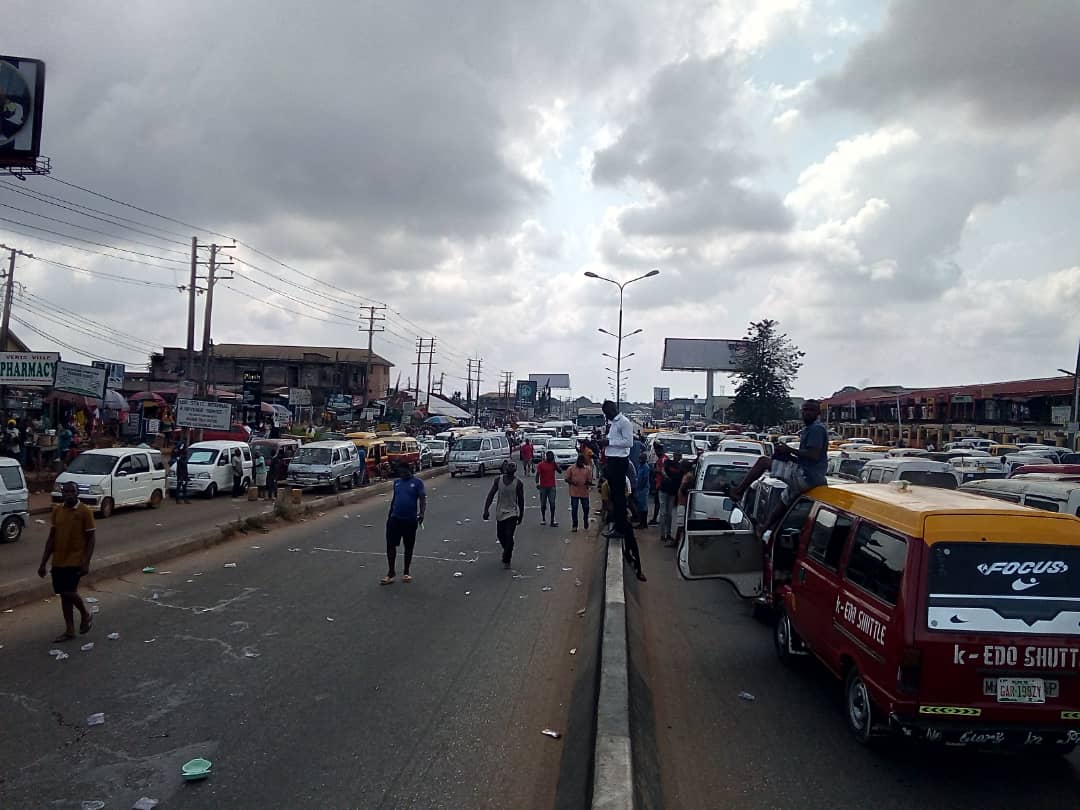 Some commuters trekking following the protest on the Benin-Lagos highway

Commuters and travellers were on Monday stranded in Benin City, the Edo State capital following the protest embarked upon by commercial drivers over extortion and indiscriminate impounding of their vehicles.

The protest resulted in a gridlock on the road while commuters had to trek a long distance to get to their destinations.

Traders at Uselu Market on the road hurriedly locked up their shops for fear of looting of their items by hoodlums who usually take advantage of such situations.

The drivers who blocked the Benin-Lagos highway by Uselu Market said the protest was a result of harassment and extortion by officials of the state’s Public Works Volunteers (PUWOV).

Speaking with journalists, the spokesperson of the drivers, Mr Victor Omokhojie, explained that PUWOV officials were not allowing them to work due to the exorbitant fees collected from them in each of the six municipal local government areas in Benin.

He explained that their vehicles were being impounded on daily basis over excuses of wrong packing, adding that they were always made to pay N40,000 after being arraigned in a mobile court.

Efforts to reach the head of PUWOV, Mr Mukhar Bello-Osagie, was not successful as calls put across to his phone were not answered.