Motorists in Kano State are experiencing fuel scarcity, as long queues have resurfaced at filling stations in the State. A survey by Daily Trust revealed… 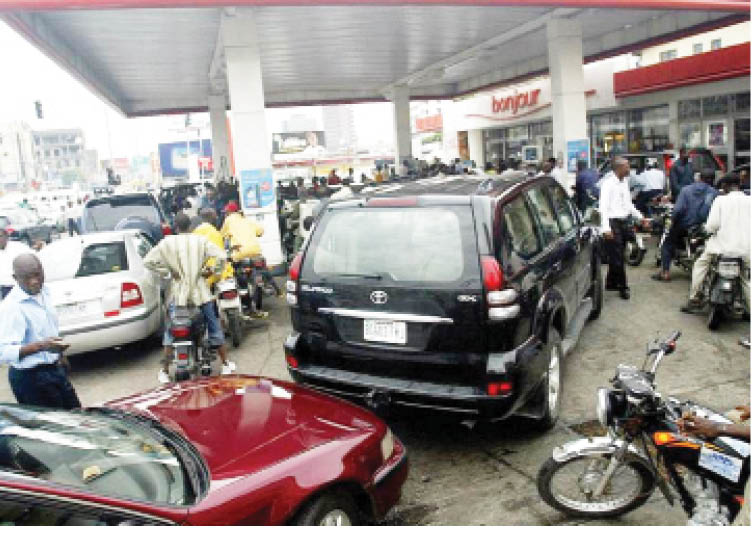 Motorists in Kano State are experiencing fuel scarcity, as long queues have resurfaced at filling stations in the State.

A survey by Daily Trust revealed that the majority of the filling stations located within the metropolitan area of the state were under lock and keys and only few stations are dispensing to motorists. Long queues at various fuel stations began to surface last Sunday when few stations were selling and in the early hours of Monday virtually all stations were closed and serious cues were noticed at the few stations selling the fuel.

However, the fuel is obtainable at what is known as black market across the metropolis at the rate of N1, 100 to N1, 200 per four litres as against the initial black market price of N100 per four litres. According to Umar Maiwada, he had gone round the eastern bypass and Maiduguri road in search of fuel, but found out that only Aliko oil was being sold. He explained that a long queue is visible at the Aliko fuel station.

“I spent about two hours before I could get fuel at the only filling station selling along Maiduguri road that has over 10 filling stations. Though the price remained the same, the queues are something else,” he said.

When contacted, Kano state chapter chairman of Independent Petroleum Marketers Association of Nigeria (IPMAN) Alhaji Bashir Danmalam said  people shouldn’t panic as the scarcity was due to the end of year vacation.

He explained that the scarcity won’t linger for long as the association is working round the clock to restore supply to all states under the Kano IPMAN.