The police in Kwara State have restored normalcy at the popular Kara Livestock Market at Ijase-IPO, near Ilorin. This was contained in a statement by… 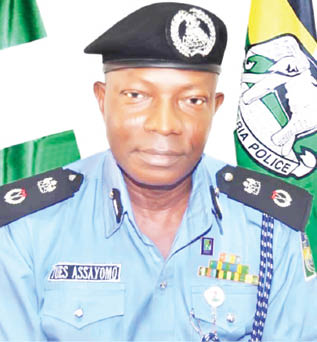 The police in Kwara State have restored normalcy at the popular Kara Livestock Market at Ijase-IPO, near Ilorin.

This was contained in a statement by the command’s spokesman, SP Okasanmi Ajayi, on Saturday.

Ajayi said normalcy had been restored in the area and the road cleared of every barrier.

Recall that a clash occurred between suspected OPC members and cattle dealers in the market on August 12.

Ajayi explained that on August 12, information received at the Ajase-Ipo Division confirmed that OPC members were passing in a convoy of about 20 vehicles through the Kara market.

He said, “A cow being led across the road by a Fulani herder broke the side mirror of one of the vehicles and it resulted to an argument, then exchange of gunfire by both groups.

“The OPC members and the cow dealers in the market fought to the extent that four corpses of were recovered at the scene.”

He further said a team of police officers were deployed to the scene by the Commissioner of Police, Mr Tuesday Assayomo, to prevent the escalation of the crisis and killings. (NAN)