Chelsea’s board had already decided to sack Tuchel

Thomas Tuchel was not sacked as a result of the disastrous loss to Dinamo Zagreb in the Champions League. It merely prompted a decision which… 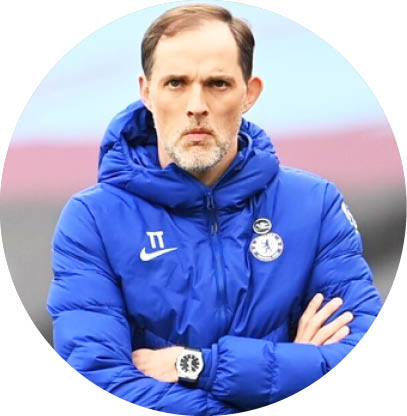 Thomas Tuchel was not sacked as a result of the disastrous loss to Dinamo Zagreb in the Champions League. It merely prompted a decision which had already been discussed at board level. Chelsea’s new owners Todd Boehly and Behdad Eghbali purchased the club with the intention of making it a global brand to rival Manchester United, Barcelona and Real Madrid. Tuchel’s failures were hindering that ambition.

The poor start to the season with the team not organised or functioning meant losses which Arsenal and Manchester City did not suffer. Chelsea were always going to play catch up.

Boehly had already parted company with most of Roman Abramovich’s management team and Tuchel was always in a precarious position…success would have made him secure and failure would see him gone.

Boehly and Eghbali want a new culture at Stamford Bridge and they felt Tuchel was not playing his part in joining in with the new approach.

Many commentators have criticised Chelsea for spending nearly £300million in the transfer window and many of the current star players are unhappy with not starting games.

Boehly’s decision to force former chairman Bruce Buck and director Marina Granovskaia to leave did not cause dissent with the supporters. Top assistant Petr Cech left of his own accord but Tuchel had become a fans favourite and his sacking could cause trouble.

He is also widely regarded as one of the world’s finest coaches which is something American Boehly did not appreciate…he has far more knowledge of American baseball.

Tuchel refused to get involved in appointing a new Director of Football and actively said a clear “no” to Boehly’s interest in bringing Cristiano Ronaldo to Stamford Bridge. Boehly felt that Tuchel would not play along with a close management style in which many people were involved in running the team and making decisions.

Word from Stamford Bridge is that negotiations with Brighton manager Graham Potter are going well and he could even be in the dugout for Saturday’s game against Fulham.

Pep Guardiola bought Erling Haaland to replace Sergio Aguero and gave Kevin De Bruyne his instructions…feed Haaland balls into the box and he will score. The plan has worked to perfection. Guardiola reported that travelling to Sevilla tired the players this week however they are ready for Tottenham this weekend. Antonio Conte’s defence is looking very strong and this week he has worked on containing Haaland. Conte says he is most lethal inside the box directly in front of goal. One of his hat-tricks came from scoring just three yards out, five yards and eight yards. Eric Dier has been given the job of containing the City striker with Romero and Davies keeping close. It will take all three to restrain Haaland and Conte recognises that. However, he does not intend to play a defensive game and Richarlison’s link-up play with Kane and Son has given them an extra edge which will test the City back four of Cancelo, Dias, Stones and Walker.

Jurgen Klopp’s midfield injuries were intensified with Jordan Henderson’s hamstring injury and prompted the Red’s to sign, at short notice, Arthur Melo on a season long loan from Juventus. Liverpool are suffering and Klopp has spoken about the form of Mo Salah, Virgil Van Dijk, Trent Alexander-Arnold and Fabinho. High point is midfield sensation Harvey Elliot who is already being considered as an England World Cup potential at 19 years-of-age and he is very much Klopp’s player of the future. Klopp has been criticised for wasting Salah on the wing where he is often isolated and is left to steal a ball, cut inside and set up Jota or Firmino. It is not his style to do that…he scores goals! His chances to shoot at goal are down nearly 30% this season.

It will be Wolves’ left-footed centre-back Max Kilman’s job to stop the Liverpool strike force. Coach Bruno Lage also brought in Nathan Collins from Burnley and he will partner Kilman to prevent Firmino’s distribution to his strikers. Everyone is talking about Diego Costa returning to the Premier League with Wolves but coach Lage says he will have to undertake intense training to get fit because he has not played a competitive game since January. As I write this Wolves are appealing against his work permit being refused. New signing Sasa Kalajdzic has picked up an anterior cruciate knee injury.

Chelsea are in disarray after sacking Thomas Tuchel and their poor showing against Dinamo Zagreb in the Champions League had owner Todd Boehly furious. Tuchel had a rich squad at Chelsea with plenty of options but I can tell you there are several unhappy players who think they should be starting. Many have been speaking to Tuchel’s assistants who have taken temporary charge of the team. Edouard Mendy has rejected a new contract offer because he says he would earn less that his No2 Kepa who earns £190k a week. But there is good news for the Blues. James has signed a new £250k contract, making him the highest ever paid defender at the club. However, supporters are questioning the signing of Arsenal reject Pierre-Emerick Aubameyang. Is he any better than Christian Pulisic who wanted to leave in the transfer window because of lack of game time? Chelsea’s problems continue.

Willian should start for Fulham this weekend and will be crucial in midfield. Mitrovich is the key to Fulham’s goal potential and he is equal with Erling Haaland in making 15 shots on target so far. Chelsea’s defence has looked rocky away from home and Fulham manager Marco Silva reckons his side can score goals in this match.

Diagot Dalot has been singing the praises of Antony all week and says he will be the best goalscorer United have had for years. Harry Maguire is likely substitute again and Martinez is scheduled to start for United but if he doesn’t make it Maguire will step back into the line-up although Victor Lindlehof has spoken to Erik ten Hag and told him he wants game time or he will leave Old Trafford. Ten Hag will decide 24 hours before kick-off. Casimiro is also requesting inclusion and the five times Champions’ League medal winner will not be content to come on as substitute after two or three games. Ten Hag is delighted with the progress Marcus Rashford has made in the front line and his assists and goals have convinced the coach to keep him starting. He is working well with Antony and the two are already forming a strong partnership.

Patrick Viera has done wonders at Crystal Palace and he has spent the week working with his team to make them difficult opponents off the ball. He used a back five against Newcastle and is looking at that strategy again however he emphasized that Wilfired Zaha and Ebere Eze have to be on form if Palace are going to come away with any points.

Rodgers sacking will be expensive

Life for manager Brendan Rodgers at Leicester is looking risky. The club sit in bottom place in the league having lost five games in a row. Now Rodgers has committed the same mistake as Scott Parker at Bournemouth who criticised the club for not bringing in fresh talent and strengthening the first team squad during the summer transfer window. I am told the board of directors are not pleased with his comments however if Rogers is sacked I understand he would have to be paid at least £10 million for the club to terminate his contract.

The Partey is about to start

Thomas Partey is confident he will be fit to play before this month’s international break. Arsenal take on lowly Everton after losing to 3-1 to Manchester United last weekend. The midfielder injured his thigh in August. Mikel Arteta insists he will push the Ghana international because he needs Partey back in action following the hamstring injury to Mohamed Elneny who could be out for months. As I write this Partey is preparing to show Arteta how well he has progressed with a full training session. Arteta said, “The attitude of the player is there with his willingness. He has been really disappointed and the team needs him.”

Depending on a work permit Wolves coach Bruno Lage is taking a big risk signing Diego Costa. Lage’s big hope for this season was Sasa Kaladzicm who sustained cruciate ligament damage in the 1-0 win against Southampton and will be out for several months. Costa will join Mexican Raul Jimenez and Fabio Silva upfront. Costa is 33 years old and has been without a club since leaving Atletico Madrid in January. Lage thinks he can still make an impression in the top flight and the striker joined Wolves at their Compton training base on Tuesday and underwent medical checks. He is unfit having not played regular football since the beginning of the year but his determination and natural passion will drive him on.

Scott McTominay is proud of the way he is playing and his boss Erik ten Hag recognises his success this season by keeping five times Champions League winner Casimero on the bench.

He has formed a solid partnership with Christian Eriksen. Ten Hag said “Casimero is new to the team and he has to adapt to how we play. He has to get used to playing my type of football and that takes time and lots of training. The main reason he has not started yet is that Scott is playing so well.” Ten Hag has spent much time with McTominay and he showed what he has learned during the match against Arsenal when he made three clearances, won two tackles, completed 26 passes, dribbled round opponents and made an interception. His work rate released both Eriksen and Bruno Fernandes to provide the creativity ahead of him. Assistant McLaren was also full of praise and said, “He’s a Manchester United player, seven or eight out of ten every week. That’s what makes a United player. He breaks up play, he’s box-to-box, he’s got energy attitude, can deal with the ball and gets into the box and scores goals.”