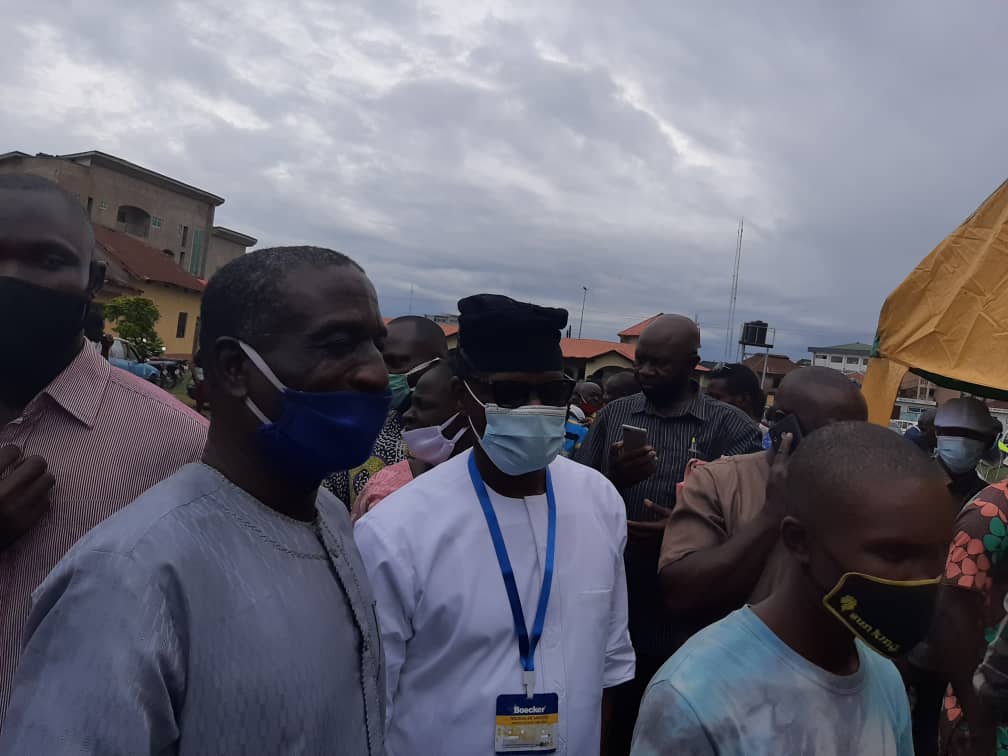 One hour 40 minutes after arriving the PU009 Sacred Heart, the PDP PDP Chairman is still on queue, yet to cast his vote. Photo by Abdullateef Aliyu

The PDP’s Eyitayo Jegede has cast his vote after waiting for nearly two hours due to a card reader malfunction.

PDP’s Eyitayo Jegede finally votes after hours of waiting. The card reader at his polling unit failed to recognise his PVC, forcing him and his wife, Eno, to wait for nearly two hours. #ondodecides pic.twitter.com/HBICZCMdJC

The reader failed to recognise the voter card of Jegede, and his wife, Eno, at polling unit 009.

Hours after arriving the polling unit at Sacred Heart, he was yet to cast his vote.

He was told the machine is faulty when it was their turn to cast their vote.

The PDP candidate has been at the polling unit since 9 am and waited on the queue for almost two hours.

When it was his turn to accredit and cast his vote, his temperature and that of his wife was captured but the card reader could not capture their PVC.

“They said the machine is faulty,” Jegede said while other voters were called to be accredited.