The chairman of the Special Investigation Panel for the recovery of Public Property, Chief Okoi Obono-Obla, has been sacked, it was gathered. Multiple presidency sources,… 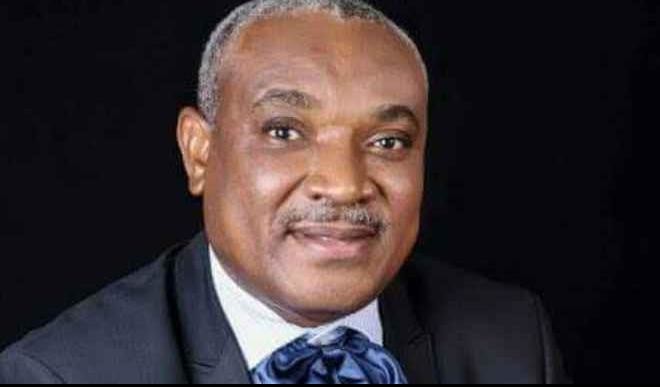 The chairman of the Special Investigation Panel for the recovery of Public Property, Chief Okoi Obono-Obla, has been sacked, it was gathered.

The sack letter, according one of the sources, has been delivered to the Solicitor-General of the Federation and Permanent Secretary, Ministry of Justice, Obla’s supervising ministry.

“With the information at our disposal, he will face criminal prosecution on matters related to his alleged financial dealings, as uncovered by the ICPC upon investigation,” the source said, pleading not to be named.

With regard to his academic credentials, he said Obla will be prosecuted, accordingly.

“Government may ask the University of Jos to withdraw his law degree and the Nigerian Law School to debar him from practice.

“This is owing to the conclusion of the ICPC investigation, the recommendations of which were approved in full by President Buhari,” he said.

Another source said the Presidency has also received an indicting report on the Panel Chairman bordering on acts of forgery and misconduct.

“Actually once when confronted with some of his alleged misconduct and other allegations, Obono-Obla pleaded and was  made to sign an undertaking to mend his ways, but no sooner, he signed he abandoned the undertaking and continued violating the law and regulations in place in the conduct of the work of the panel.

“Following series of violations for which he was queried, Mr. Obla submitted a written undertaking to the effect that the panel under his leadership would only act on a written mandate received from the Presidency, and will seek authorization from the Presidency to undertake fresh mandates in accordance with extant laws of the Federation.

“The main grouse against the Panel Chairman was that while the Panel was supposed to investigate only cases referred to it by the government, according to the law establishing the panel, the Chairman has single-handedly taken on cases outside of its mandate and in gross violation of Rule of Law, including violations of people’s fundamental human rights.

When contacted, a presidential spokesperson, Garba Shehu, referred our correspondent to the Secretary to the Government of the Federation (SGF), Boss Mustapha, who was unavailable as at the time of filing this report.