I don’t know if Festus Okoye is leaving INEC now, but if he is, then it is certain that Lauretta Onochie is meant to replace him… 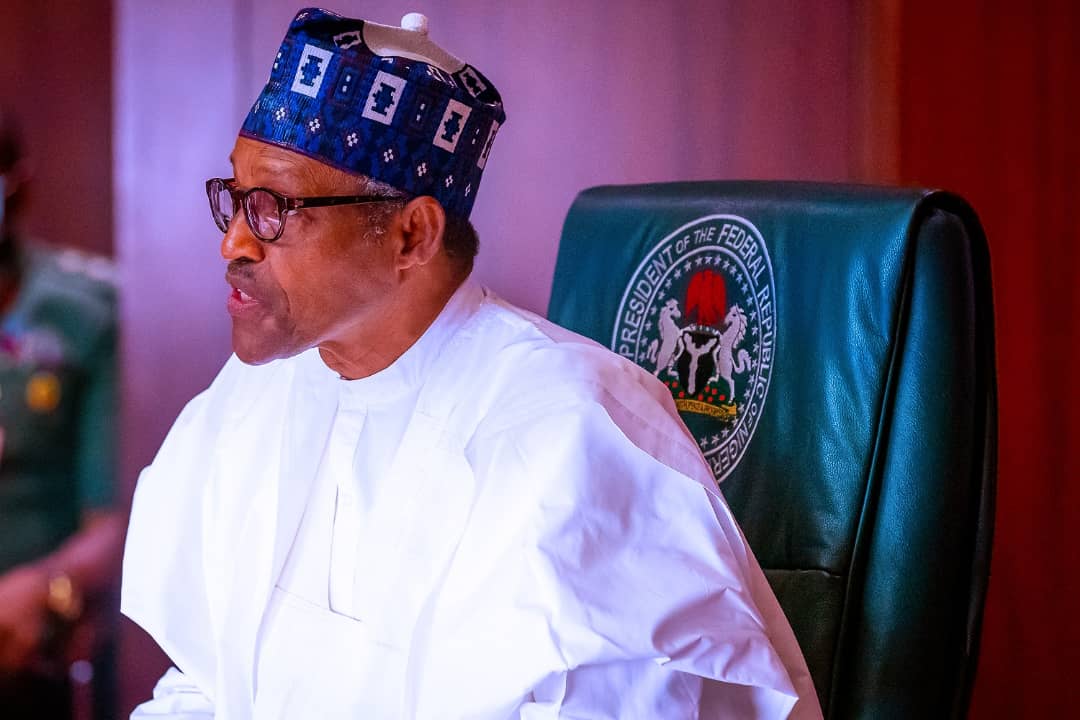 I don’t know if Festus Okoye is leaving INEC now, but if he is, then it is certain that Lauretta Onochie is meant to replace him and continue with the hatchet job.

Let me restate clearly, that a sitting government MUST never be seen to be appointing its acolytes, supporters, attack dogs, halleluyah men and women, into an organization such as INEC. That institution is called INDEPENDENT for a reason.

Buhari is stripping that institution of the illusion of independence and I don’t know where the man finds indeed the gumption and the guts to splash Nigerians in the face with such rotten eggs, tomatoes and fecal matter at will. But this appointment cannot, must never, hold. Simple. Let him appoint Lauretta in any other role that catches his fancy.

I know that they probably want to slip this through as Nigerian youths were busy demonstrating over #EndSARS. As things stand, this is the kind of thing the youths should demonstrate over because Buhari can spend his time in government and depart in 2023 but he should not totally rubbish our sacred institutions and therefore totally mortgage the future of our youths and unborn children.

I have told the youths through the channels I have access to, that at the end of the day they will have to engage in the democratic process. They cannot hope to remove the government through their demonstrations. They must find a way to engage by joining or forming parties and get ready for the hard and dirty work of building consensus and broad coalitions, funding and sustaining the parties they belong to, contesting for and funding elections.

I have seen a few time-wasters and deluded commentators who talk a lot of absolute rab about those who have tried in the past but when asked to try themselves, they say politics is beneath them. Those are total ‘idiots’ in the description of the Greek sages. We have no choice for now than to engage with democracy or shut up.

So, please let me introduce you to Lauretta Onochie, the combative presidential assistant.   This lady has cursed out everybody on twitter, and should partly share the blame for what that platform has become in Nigeria; a haven for hounds and spoilers. How she will not willfully alter all the results at INEC to favour her party and her mentor Buhari and his chosen successors, how she will not frustrate and snuff out the life of aspiring political movements formed by the youths and tell anyone to go to bleeding hell will be a wonder given her demeanor and disposition and the way she has conducted herself in the public space.

I didn’t have to search too far. Just a simple googling of her name and boom! There they were. On August 18 of this year, Lauretta tweeted that Pastor Oyedepo of the influential Winners Chapel should buzz off and “go and manufacture his own country”, or put up with the laws of Nigeria, over the latter’s stated misgivings about CAMA Law amendment. The issue is this lady’s choice of words. On August 19, the very next day, she tweeted to Pastor David Ibiyeomie, over the tiff with Daddy Freeze “You are Evil”. When one member of the public complained about why he was always seeing Lauretta’s tweets, she replied “I blame your useless mother…”. In June 2018, the Christian Association of Nigeria had to ask Buhari to caution Lauretta over her vulgarity. She had tweeted “CAN of worms” to describe the venerable association of Christian leaders. Can you imagine the temerity bordering on insanity and manic depression? Of recent when Wizkid, the popular musician tweeted “Old man, leave Trump and face your country”, in reference to Buhari’s tweet to President Trump’s COVID-19 infection, Lauretta had replied Wizkid that he was a ‘Dumbkid’. She also called Senator Enyinnaya Abaribe a ‘buffoon’ on Twitter and has insulted everyone from Fani-Kayode to Obasanjo. The painful thing is we the taxpayers have kept paying the salaries of such an individual to come into our space and abuse the lights out of us. Talk about double jeopardy!

There is more. When Lere Olayinka, a PDP stalwart lost his mother recently, Lauretta mocked his dead mother in two tweets, one of which was that now Lere’s mother will be spared of the disgrace that her son has become or something to that effect! Alhaji Atiku Abubakar, the serial presidential candidate had to sue this woman for N2.5billion. claiming that she has caused him great psychological trauma and stress. She wrote in May 2019 that Atiku had traveled to the UAE to “shop for terrorists”. She also mocked the former Chief Justice of the Federation, Walter Onnoghen, by tweeting “Just take your pills and stop insulting Nigeria’s judicial system. You were fine until now”, after the justice had pleaded illness and not shown up for one of his apparently political witch-hunt trials at which he was disgraced out of office by the Buhari government. One of her latest tweets goes: #EndSARS is a coordinated attack by cybercriminals”. I am sure the raging youths will tear her to pieces (virtually) in their own time.

I cannot say more. Anyone who has the time should get on the internet and unearth a lot more of the reprehensible comments of this woman. I can only ask President Buhari in the most polite tone I can muster: Sir, what the hell do you think you are doing trying to damage an already limping institution like the INEC by dragging and pasting it inside the gutter with the appointment of this woman? Are there no more ‘human beings’ around you that can help restore the full dignity of that institution?  Oga, abeg stop it immediately. Thank you for listening.