Hushpuppi: Court dismisses FG’s application to extradite Kyari to US

A Federal High Court sitting in Abuja has dismissed a suit filed by the Federal Government, seeking the extradition of a suspended Deputy Commissioner of… 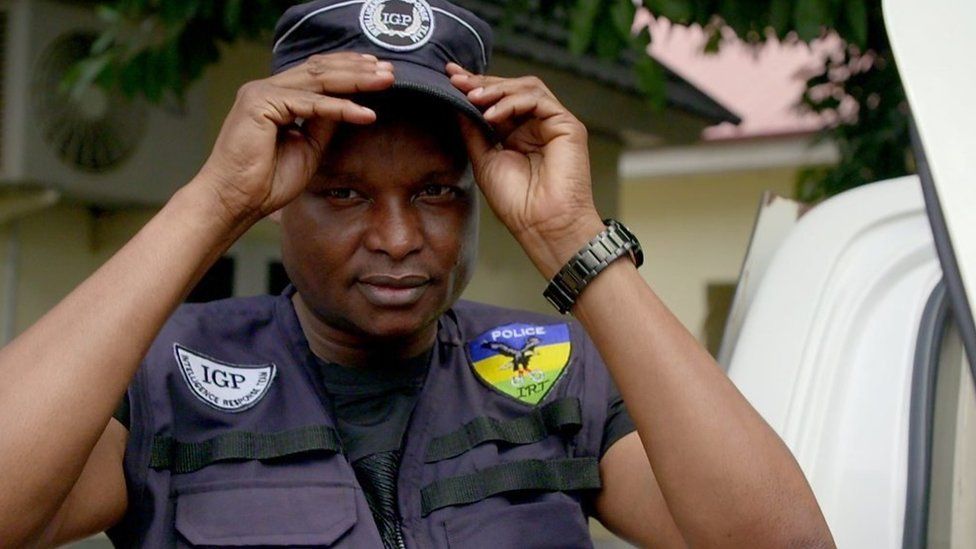 A Federal High Court sitting in Abuja has dismissed a suit filed by the Federal Government, seeking the extradition of a suspended Deputy Commissioner of Police (DCP), Abba Kyari to the United States for trial in an alleged internet fraud.

The trial Judge, Justice Inyang Ekwo while delivering his judgment on Monday said the dismissal was due to a pending court case filed by the Attorney General of the Federation, Abubakar Malami, and the National Drug Law Enforcement Agency (NDLEA).

63 days after, Kaduna DPO kidnapped on duty still in captivity

Justice Ekwo submitted that Section 3 of Nigeria’s Extradition Law forbids the country to extradite a criminal when there is a pending case against them.

He therefore ruled that the suit was brought in bad faith and was dismissed.

He said, “Exhibit 2 which is tendered through the counter affidavit of the respondent is a copy of eight count-charge dated 22 February 2022 which shows that the respondent is currently standing trial on offences therein stating, allegedly committed contrary to a punishable offence.

“…This fact has not been effectively communicated by the applicant (AGF). The NDLEA commenced proceedings in a court of law by this fiat. With this charge under the NDLEA Act and brought under the name of the Attorney General of the Federation, therefore the AGF who is an applicant in this case can’t say at the time this application was initiated on 2nd March 2022, he was not aware of the tendency of the criminal proceedings in court.

“The procession of the law in Section 3, subsection 6A of the Extradition Act is that a fugitive criminal who has been charged with an offence under the laws of Nigeria or any part thereof, and has gone through an offence which he has surrendered himself shall not be surrendered until such time he has been discharged, whether by acquittal or the expiration of the sentence or otherwise.

“The consequence of this provision is that the respondent shall not be surrendered until such time he has been discharged whether by acquittal or expiration of the sentence that has been imposed or otherwise the conclusion of that trial.”

Justice Ekwo added that Section 3 (2A) of the Extradition Act empowered the court not to make an order for surrender when an extradition crime is not made in good faith.

“Therefore the applicant is in position to know and actually knowing that the respondent is standing trial in this court in offences bordering on the provisions of the NDLEA Act did not have to bring this application in view of the provisions of Section 3 sub 6A of the Extradition Act,” he added.

He therefore ruled that “Exercise of good faith will require that the applicant to restrain himself in bringing this application since the respondent is standing trail in a court of competent jurisdiction.

“In the end, I find out that this application is not brought in good faith, it is also in breach of the provisions of Section 3 (6A) of the Extradition Act and can’t be allowed. By that fact, it is incompetent, it is equally bereft of merit and ought to be dismissed and I make an order dismissing this case.”

The Federal Government had sought Kyari’s extradition to the U.S. to answer a case over his alleged link with Ramon Abass, well known as Hushpuppi, in a $1.1m fraud committed against a Qatari businessman.

In February 2021, the US District Court for the Central District of California ordered the FBI to arrest Kyari, who denied the allegations in a Facebook post he later deleted.

The government, through the Office of the AGF, had filed the application marked: FHC/ABJ/CS/249/2022.

The suit, titled: “Application for the Extradition of Abba Kyari to the U.S.,” was dated March 1 and filed on March 2.

Kyari and six others are currently facing a separate trial on allegations bordering on drug trafficking before a sister court presided over by Justice Emeka Nwite.