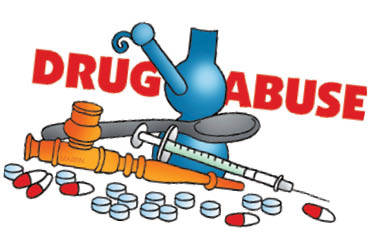 A community leader in Borno state has raised concern about excessive human rights violation by security personnel and the rising incidence of drug use by young people in Jere local government area of Borno.

District Head of Old Maiduguri, Abba Urmar made this known during inauguration of Community Accountability Forum (CAF), funded by European Union implemented by British Council to checkmate wrongdoings of their member for peaceful co-existence between civilian and security personnel in Maiduguri at the weekend.

Representative of District Old Maiduguri, Wakil Bunu said the communities in Jere, said, “We are happy that, we can now reports any uniform personnel who violates our right to authority, everyday our people used to come and tell us what some uniforms persons did to them in this community. So It is everyday affairs, we got some worrisome report.

“I also want government to address issue of drugs addicted among able youths, we are concerns about this and excess of security personnel in our communities. Wakil appealed.

Executive Director Women In The New Nigeria & Youth Empowerment Initiative (WINN) Lucy Yunana said the aim of the project  is to hold everyone accountability of their deeds.

” This project was funded by EU in order to checkmate excesses that could result to violence and that’s why we inaugurate some people so all the communities leaders, religion leaders will have a sense of belonging. Also we have been going round to talks to community leaders and youths so that they will not used by the politicians.”Comr. Lucy said.