Wingless, shameless, clueless, aimless, nerveless, gutless, motionless, directionless and visionless are some of the adjectives that some angry Nigerian football fans used in describing the… 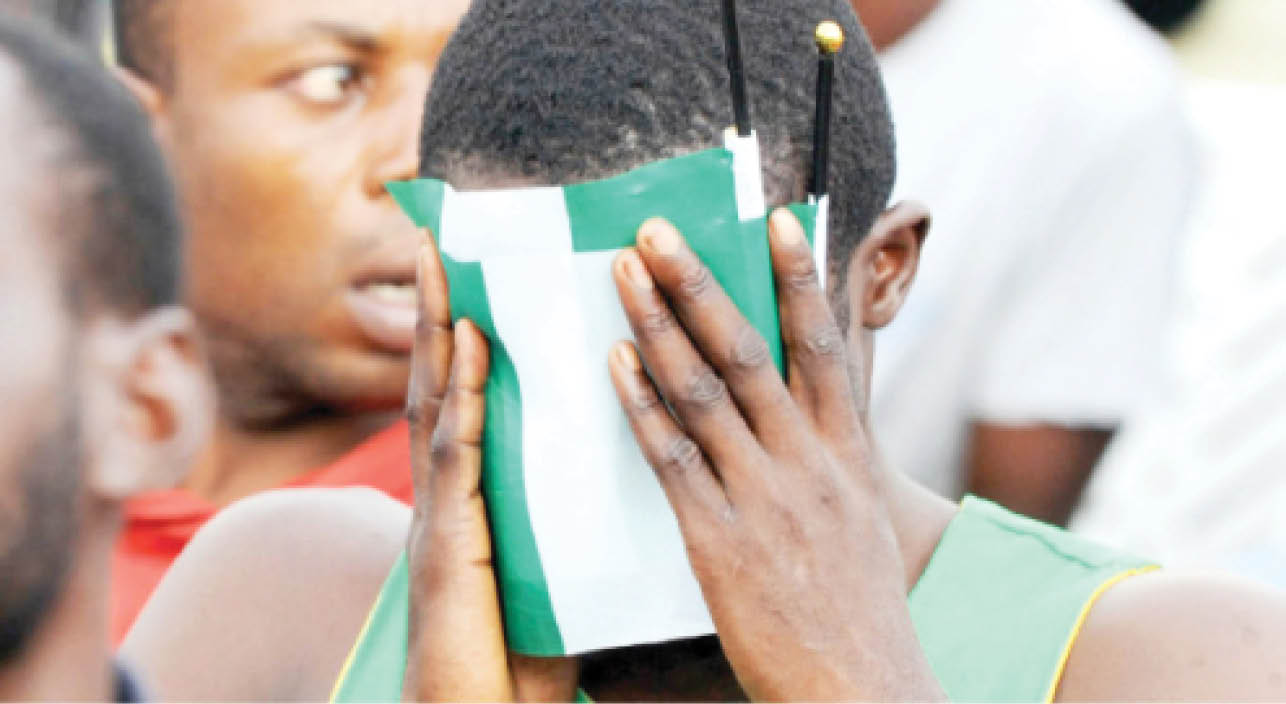 Wingless, shameless, clueless, aimless, nerveless, gutless, motionless, directionless and visionless are some of the adjectives that some angry Nigerian football fans used in describing the Super Eagles after they were thoroughly beaten by Portugal in Thursday’s international friendly in Lisbon. The three-time African champions were torn into shreds by the Portuguese national team that played without their talismanic captain, Cristiano Ronaldo.

However, the embarrassing defeat gave Nigerians an idea of what their darling team would have become in Qatar, if they had qualified for the 2022 World Cup. The Eagles would have easily been the whipping boys of their group. Ironically, on the same night that they suffered that crushing defeat, the Black Stars of Ghana beat Switzerland 2-0 in their last warm-up match.

As usual, Nigerian football fans who hate to see their teams beaten in such embarrassing manner have continued to wail over the disastrous showing by the Super Eagles who crumbled like a pack of cards before the more experienced and motivated Portuguese national team. It was truly a shambolic outing that started right from the technical crew to the players who were literally used as training materials.

Although the whole nation is ashamed and disappointed in the Super Eagles, still there are some of us who have refused to invest our emotions in the team. Consequently, when disasters such as the one in Lisbon occur, we are hardly perturbed because like Nigerian football commentators, we saw it coming.

The moment the new generation Super Eagles decided that they won’t stop giving Nigerians heart-aches, I went to God to have my shock absorber tightened and my level of expectation reduced drastically. So, I hardly expect much from the Super Eagles of today. Even when they are pitched against the so called minnows, I don’t change my position because I know they can disappoint at any given time.

And going by the recent abysmal performances of the Super Eagles under their Portuguese coach, it would have been foolhardy of me to expect anything good from the players who have blatantly refused to up their game. The immediate past foreign coach of the team, Gernot Rohr, once said he wasn’t the problem of the team but so many people who wanted him out,  shouted him down. And the late coach Amodu Shuaibu once said the national team is made up of average players who can’t offer more that what they have. What he said was true, yet he was castigated by those who were too blind to see the steady decline in the quality of the national team.

But those of us who saw sense in the assertions by the former coaches of the Super Eagles, used their frank assessments to form our present opinion about the Team. We don’t expect anything from the over-hyped and over-pampered players, so we are never disappointed.

Honestly, I am surprised, since it will be adding salt into their injuries, if I say I am disappointed in those who expected much from the wingless Super Eagles against the star-studded Portuguese national team. What was the basis for their optimism? Was it because CR7 was ruled out by a stomach bug? He was unavoidably absent but Portugal still paraded high profile players like Bruno Fernandes who scored a brace in the first half, Bernardo Silva, Joao Felix, Diogo Dalot, Andre Silva, Ruben Dias, Nuno Mendes, William Carvalho, Pepe and others.

Meanwhile, on the side of the Super Eagles, only Calvin Bassey and Lookman Ademola are playing for A rated European sides. So, I ask again, what made these Nigerians to even think that the Super Eagles stood any chance against Portugal?

Even before the match, I knew that the best result for Super Eagles would be defeat by a slim margin. There was nothing to inspire me to think that the Peseiro Eagles would upset Portugal who wanted to reach Qatar on a high. However, I didn’t expect such a scandalous result.

Anyway, as long as we continue to over-depend on these same crop of players with lackadaisical attitude towards the national team, this is how Nigerian football fans who have refused to lower their expectations will continue to moan and groan in excruciating pain. There is nothing to suggest that these players are going to change.

Therefore, the way forward is to re-build the Super Eagles by injecting into the team new players who are hungry to make a name for themselves and Nigeria. The present Super Eagles have achieved nothing for club and country, yet they have become so complacent. Even after they won the prestigious African Footballer of the Year award, the likes of Late Rashidi Yekini, Kanu Nwankwo, Emmanuel Amuneke and Victor Ikpeba showed more humility and hunger than the present generation of the Super Eagles.

Already, some of them have formed the bad habit of deciding when and where to play for Nigeria. And whenever they accept to play, they do so with so much pomposity and arrogance. Imagine the way Emmanuel Dennis snubbed his captain, Troost-Ekong, as he insisted on taking the penalty kick that he eventually wasted.

Like earlier stated, the way to go is to reduce our obsession with Nigerian players born abroad. We must throw the gate into the Super Eagles wide open for Nigerians anywhere in the world to come and fight for shirts. Once there is a stiff competition for jerseys, everyone will sit up. It is rather worrisome that even as below average players, some of these boys have automatic shirts in the team. There should be a level playing field for every player who is invited to the national team.

For this to be achieved, the NFF must tame those powerful agents who impose their players on the coaches. Some top NFF officials are also guilty of this same offence and should be stopped. Invitations and team selection should be based on merit.