With the announcement of planned resumption of the ‘Abuja-Kaduna train service by the federal government, passengers are looking up to the time with mixed feelings. … 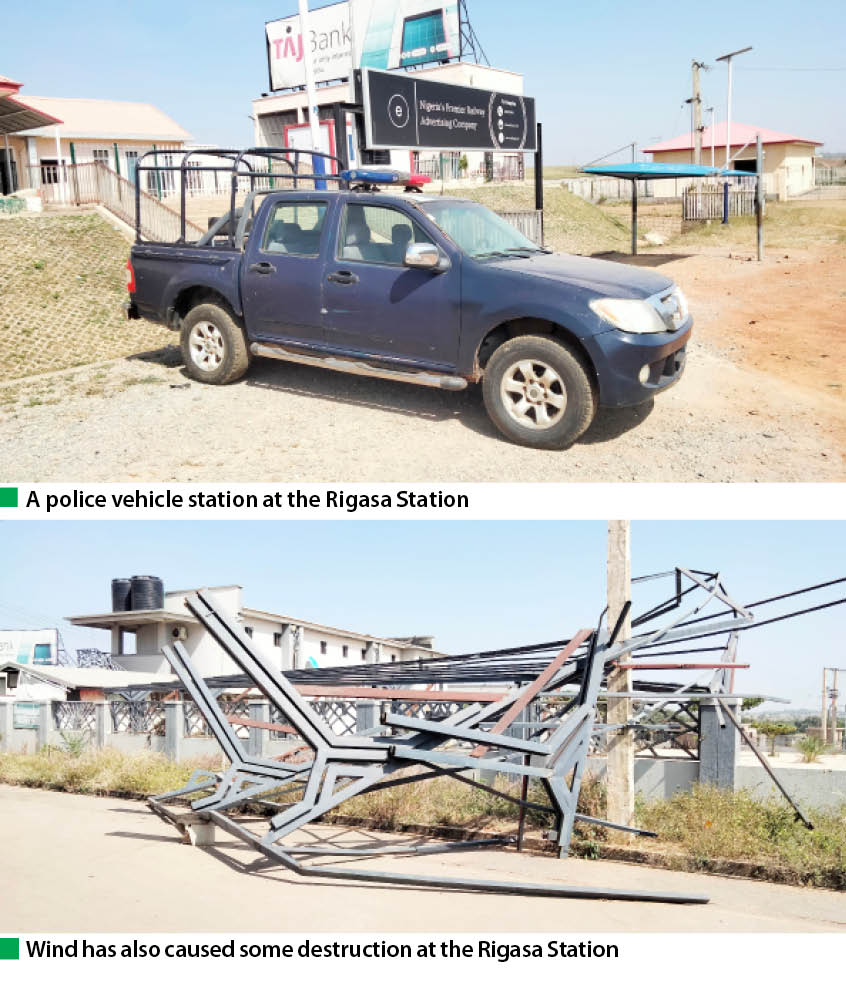 With the announcement of planned resumption of the ‘Abuja-Kaduna train service by the federal government, passengers are looking up to the time with mixed feelings.

On 7th November 2022, the Minister of Transportation, Muazu Jaji Sambo, at a ministerial briefing in Abuja told the nation that the Abuja-Kaduna train service will soon resume.

The minister didn’t give a specific date of resumption, but he, however, said November 2022 is the probable month. If the trains resume towards the end of November, it will be some eight months since the service was shut down following terrorists’ attack on a Kaduna-bound train.

Recall on March 28, 2022, some terrorist gangs suspected to be members of ISWAP blew up the train tracks with explosives, derailed the train, shut several persons dead, and took scores of hostages. There were 362 passengers on board and 29 crew (NRC Staff, Security, and Third-Party Service Providers). There were indications that there were other illegal persons onboard who weren’t accounted for.

Power Crisis: How Nigeria Can Get It Right – Analysts

The attack, which shocked the nation, was seen as an affront by the terrorists. Media reports suggest over N1 billion may have been paid as ransom to secure the release of the abductees.

The country is yet to fully recover from that incident and it had raised serious questions on the train corridors across the country.

However, the federal government has announced its intentions to reopen the corridor after all the abductees have been freed from captivity. The FG had promised the trains won’t return until all hostages were freed. That happened on October 5th, 2022.

But beyond the freed hostages, the federal government had also promised the entire security architecture on the corridor would be reviewed and new security measures introduced to make the Abuja-Kaduna train route safer, as well as other rail corridors across the country.

Recall the immediate past Minister of Transportation, Mr. Rotimi Amaechi, at the wake of the train attack, revealed that N3bn security surveillance equipment contract was killed at the Federal Executive Council (FEC). He argued that the equipment, if procured, would have enabled real-time monitoring of the track to detect and nip dangers in the bud. He said the attack may have been foiled if the procurement happened. But the Governor of Kaduna State, Mallam Nasir Elrufai had posited that there was sufficient intelligence on the attack but the relevant security agencies failed to neutralize the threats. He had also queried why the Nigerian Railway Corporation kept the night operations against his advice following heightened insecurity in and around Kaduna. The attack happened on the last train at night.

The current Minister of Transport, Engr. Mu’azu Jaji Sambo, had told journalists upon assumption of duty that surveillance equipment procurement will still happen as it is one of those new security measures that will be introduced.

However, independent checks by our correspondent reveal that the surveillance equipment hasn’t been deployed on the corridor yet and it is not certain if that would happen this month before the trains return as announced by the minister.

What is certain, our correspondent learned from discreet sources, is that there would be increased security patrol on the corridor, especially around flashpoints. There will also be community engagements and discrete intelligence using locals gathering in communities around the corridor.

One thing is certain. The trains will be back. Perhaps this November or even December 2022. At least the government and the concessionaires are counting their losses in billions of naira as the trains remain stationary. They want to start making money too.

The commuters are not as excited. Yes! They love the convenience, the comfort, the low-risk accidents, and the ambiance but they are not so confident of their security on the trains. They want concrete actions beyond government rhetoric. Even though lately, following President Muhammadu Buhari’s directives, the security forces have reigned in on terrorists and bandits in the north, and terrorists’ attacks have reduced significantly on the Abuja-Kaduna corridor and indeed other parts of the north, a cross-section of the train users are still being cautious.

“I wish I could be as excited as you are on the planned resumption of the Abuja-Kaduna train service. I really do wish. But I’m not. The government needs to demonstrate more action to guarantee safety,” Ahmed Mohammed, a civil servant and a regular patron of the service told our correspondent in Abuja.

He said the government will need to show the country more concrete actions for confidence to return.

Another train user in Abuja, Moses Terfa, said it would take a while for him to board the trains when the service resumes. “I am not in a hurry to start using the train. You know the train path is mostly in the bush, and I am not convinced the government has done enough to forestall further attacks if the terrorists decide to strike again. I will eventually use it but not immediately,” he said.

Some residents in Kaduna also spoke. They also expressed mixed feelings over the planned resumption of the Abuja-Kaduna train service.

Daily Trust on Sunday findings revealed that while many are excited over the resumption, others are worried and unsure if adequate security measures have been put in place by the government to protect lives and property.

Some residents who spoke to our correspondent stressed the need for the federal government to ensure proper surveillance of the train once it commences operation.

Maria Auta, a resident of Sabon Tasha, said “The resumption of the train service is a good development but I want the FG under the leadership of President Muhammadu Buhari to ensure that adequate security is being provided for passengers.”

Maria, who said she used to frequent the train when it was in operation even though she spent more money to transport herself from her house to the Rigasa station, added “I will patronise the train because I feel that when services resume, the security challenges we have been experiencing on the Abuja-Kaduna Road will no longer be since the big people will stop plying the road and move to the train.”

Dayo Oyedele urged the FG to deal decisively with the issue of insecurity in order to boost the economy of the country.

According to him, “Since the attack and the subsequent suspension of the service, millions of naira that could have been used for the development of the country have been wasted because many people prefer to travel by rail and not by road.

“I heard the minister of transportation assuring Nigerians that they will be constant surveillance of the train for 24 hours to serve as a precaution to forestall any security breaches.”

Ayo Ajide said he has been stranded since the train service was suspended in March and wondered exactly when the train will resume. “Many of us are afraid to go by road for fear of being kidnapped since we do not have the kind of money demanded as ransom.”

“The only thing this country requires is prayers because only God can take us out of our many predicaments. The Nigerian government should just be sincere and march its words with action,” he stressed.

Our correspondent who visited the Rigasa Station in Kaduna on Wednesday observed a Police Hilux van stationed at the main entrance to the station. It was however gathered that the Hilux is not a new development but has been providing security for the station since it was temporarily closed in March.

Daily Trust on Sunday correspondent also observed that an iron fence had been erected at the main entrance leading to the station as an additional security measure and the departure lounge has been fortified and expanded to accommodate more passengers.

Cleaners were also sighted at the station, probably in preparation for the resumption of the train service.

There was however no official on ground to comment on the level of preparation at the time Daily Trust on Sunday visited.

At the Idu Station in Abuja, staff were sighted doing their routine jobs like cleaning and administrative work.

Mr. Pascal Nnorli, the Manager, Abuja-Kaduna Train Service, Nigerian railway Corporation (NRC), told our correspondent the locomotives and rolling stock are in good condition and waiting to rev on the rail tracks whenever the minister eventually gives the go-ahead.

He said since the train was suspended, the staff never stopped working. “We have never shut down our officers,” he said, adding that all the blocked water pipes at the Idu Train station were rechannelled and fixed. This is in addition to little maintenance on the facilities at the station.

He said the locomotives and rolling stock are also in good condition as they occasionally started and warmed up. He however said the test run of the locomotives will have to happen when the government announces the resumption date. When we know the date of resumption, we will start the test running. We can’t start test running now because of the huge cost of diesel,” he noted.

He also said the coaches are being cleaned regularly in preparation for resumption.