Over the years, Taraba has witnessed the springing up of many local rice mills that have contributed a reasonable part of rice supply in Nigeria.… 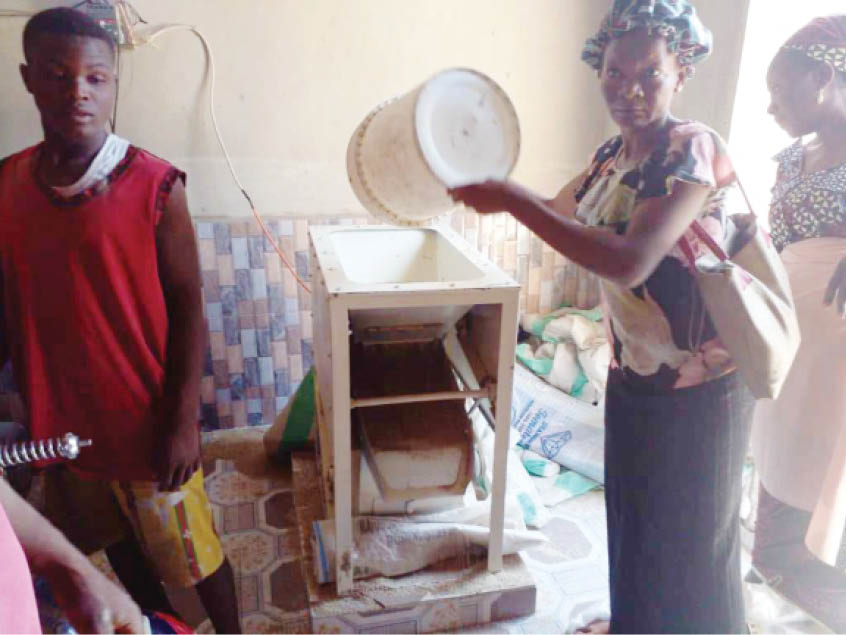 Over the years, Taraba has witnessed the springing up of many local rice mills that have contributed a reasonable part of rice supply in Nigeria. However, this year, many millers have complained that the high cost of paddy rice, diesel, unstable power supply and others may likely push many of them out of business.

In an interview with Daily Trust on Sunday, some of the millers said the situation had forced many of them to reduce production to avoid running at a loss.

One of the millers, Tani James, told our correspondent that at this period last year, the price of paddy rice was low compared to what is obtainable now.

She further said the price of diesel was also high while there is no stable power supply, and this adds to the cost of processing the rice.

According to her, they produce quality rice because de-stoning and polishing is now added to the production line. This process requires power, which is now costly.

Another miller, Mallam Gambo Yakubu, who owns a mill at Tella in Gassol town, said he and other millers in the town relied solely on generators as the town is not connected to the national grid.

He said because of the cost of diesel he cut down his production to few hours, resulting in reducing the number of workers in his mill.

Yakubu said the recent flood disaster had caused scarcity of paddy rice, which is responsible for its high price in the market.

He said that unlike last year when paddy rice was available in all the grain markets in the state and at an affordable price, now, there is scarcity and high price of the commodity, adding that many millers now source paddy from Adamawa and other areas; and they are facing high cost of transportation.

Another miller, Mallam Gambo Saidu, said that with the current trend, local rice processing is no longer attractive because of low return compared to previous years. He added that despite the fact that rice processing business offered employment to thousands of youths in the state, government did not provide any incentive to millers.

The chairman of Rahusa Rice Mill at Tella, Gassol Local Government Area, Musa Ibrahim, said those in the business of rice processing were facing a difficult time.

He said although rice processing business had offered employment to thousands of youths in the state, millers were not supported in anywhere to enable them expand and remain in business.

He said millers had adopted modern technology by investing more in the business to acquire de-stoning and polishing machines, thereby making their product compete with imported rice.

He, however, said local rice millers still required more to advance, adding that they need other key components like boilers and other equipment to meet international standard in rice processing and be able to export their product.

He lamented that cost of diesel, paddy rice and multiple taxes were the major problems faced by rice millers in the state.

He revealed that the recent flood disaster in Taraba State caused scarcity of paddy rice and increased the cost of the commodity.

He said there was also the problem of high cost of diesel, which increased the cost of production, adding that many millers would be out of business and many youths working in the mills would lose their jobs.

Musa Ibrahim explained that both Taraba and the federal government had not provided any support to local rice millers, adding that they purchased the equipment they were using without any incentive from the government.

The chairman said 90 per cent of the millers relied on diesel to operate their machines but the cost of the commodity is reducing their operations and profits.

He said unless urgent steps were taken, many rice milling factories would close in the state.

“Presently, there are few functional industries in the state, and it is the local rice processing business that is creating employment to teaming youths in Taraba State and the business is facing challenges,” Ibrahim said.

He said it was sad for government to over-tax the milling business without any incentive like tax reliefs and soft loans and provision of electricity in rural areas, where most of the mills are located to sustain their business.

“We are major employers of labour to the youth in the state because we have many rice mills in eight out of 16 local government areas of the state and there are hundreds of youths working in the mills,” he further said.

The secretary of the Rahusa Rice Mill, Umar Ali, said hundreds of youths were working in the mills in Tella but the current scarcity and high price of paddy rice and diesel is seriously affecting their operations.

He said more people had invested millions of naira into local rice milling business and developed the system by purchasing de-stoning and polishing machines to meet the standard, but there was no incentive in term of soft loans to boost rice processing business.

He said most big rice processing factories across the country sourced their paddy rice from Taraba, and it was out of the commitment to exploit the agricultural potential of the state that many people keyed into the rice processing business and invested their money without government intervention.

“We are faced with challenges, which include lack of electricity, cost of diesel and paddy rice, as well as the issue of multiple taxes. All these problems need to be addressed in order not to put many of us out of business,” said.

He said a bleak future faced the business, and if care is not taken, many rice milling factories would close.

Findings revealed that many rice processing companies across the country source paddy rice and locally process it in Taraba. However, there is scarcity of the commodity now as a result of the recent flood disaster in the state.

Findings further revealed that there are more than 200 small and big processing rice milling factories across the state and many of them are located in Jalingo, Wukari, Tella, Gidin Doruwa, Donga, Didango, Mutumbiyu and Mutum Daya.

It was also revealed that only Wukari, Jalingo, Donga and Mutumbiyu towns are connected to the national grid.

Millers located in towns not connected to the national grid operate on diesel, which cost is keeping most millers out of business.

Another miller, Aliyu Sarkin Noma, who owns GanZakirice mill in Jalingo, told our correspondent that to operate a rice milling factory was not easy because of unstable power supply and cost of diesel, as well as high cost of paddy rice.

He said he initially had 50 people working in his mill but because of production cost he had to reduce the number in order to remain in business.

He said, “Paddy rice, the main raw material we use, is costly now. There is no stable power supply and l can’t afford to operate on diesel if l want to make profit and pay staff salaries.”

He called on the federal government to pay special attention to local rice millers by giving them grants and incentives to enable them stay in business.