Bic Shaver, a leading shaving brand in Nigeria, has launchd a coupon-based promotion tagged “Shave & Win”. The promotion is aimed at rewarding its consumers… 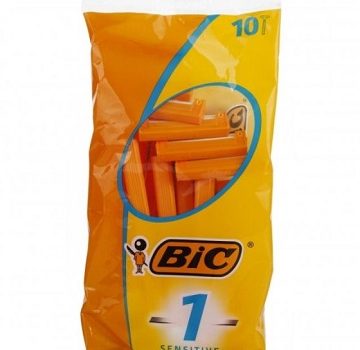 The promotion is aimed at rewarding its consumers for their loyalty and patronage over the years.

The nationwide consumer promo which will also induce product trial by new users will offer prospective and existing consumers the opportunity to buy a pack or more of Bic 1 & Comfort II Shavers respectively and stand a chance to win lots of prizes using the code on the coupon placed inside the pack.

According to the Product Manager, Lighters and Shavers West Africa, Bigué Diouf, the consumer is to scratch the silver panel on the coupon to reveal the hidden number which he/she will send as SMS to a short code following the instruction on the card.

“Once the SMS is sent, he/she receives a message that reads: Congratulations! You have won instant airtime (VTU Top Up) or Congratulations you have been selected for the monthly draw.

“BIC revolutionized shaving habits with the launch of Bic 1, a single blade shaver and has since become a market leader in Nigeria,” she said.

She added that the new promotion is also aimed at re-introducing Bic 1 & Comfort II shaver range into the Nigerian market while also rewarding loyal consumers and recruiting lapsed and new users.

She further noted that the “Bic Shave & Win” promotion will be on for 3 months (24th September- December 2018) while raffle draws will be held at selected locations which will be communicated on all our platforms.

“These draws will hold at the end of every month where loads of prizes and the star prize of N1million would be won,” she said.