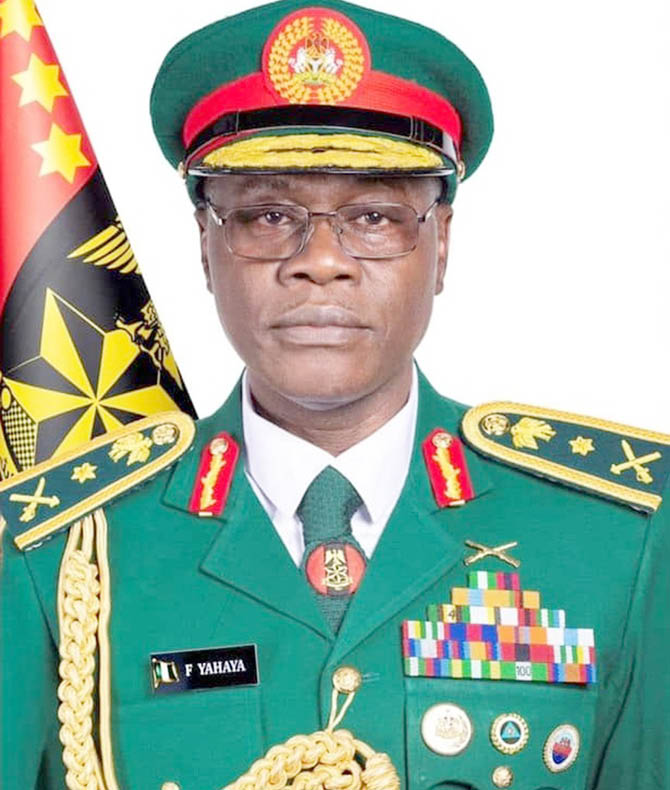 Chief of Army Staff (COAS), Lt General Faruk Yahaya, has urged traditional rulers and residents of Kebbi State to supply the military with useful information that will help in the fight against banditry in the state.

He made the charge at the palace of the Sarkin Bargun Kaoje, Alhaji Mustapha Usman Adamu, during his work visit to Kebbi State on Tuesday.

The COAS said as traditional rulers they had important roles to play in the fight against banditry and other crimes in the state.

Yahaya said monarchs in the various communities should be on the lookout and report strange activities, movement of criminals and any other things they see to security agents, for people in their domains to live in peace.

The COAS while inaugurating the one-kilometre road by the army to honour its procurement director, Major General Nasiru Usman Muktar, in Kaoje, said the road was constructed to tackle basic amenities challenge such as borehole and electricity being faced by people in the community. He said it would also accelerate commercial activities in the area.

Responding, Governor Abubakar Atiku Bagudu said his administration would continue to liaise with the military in its effort to tackle insecurity.

The governor who was represented by the Secretary to the State Government, Alhaji Babale Umar Yauri, enjoined the community to reciprocate the military gesture by ensuring the road was maintained and well utilised.

Earlier the District Head of Kaoje, Alhaji Usman Adamu, called on the army to establish a military base in the area to check excesses of the bandits making incursions from Niger State, Niger and Republic of Benin borders through a large forest in the area.