The contest for the Kebbi Central Senatorial District will no doubt be a titanic battle given the political dexterity of the two personalities involved. The… 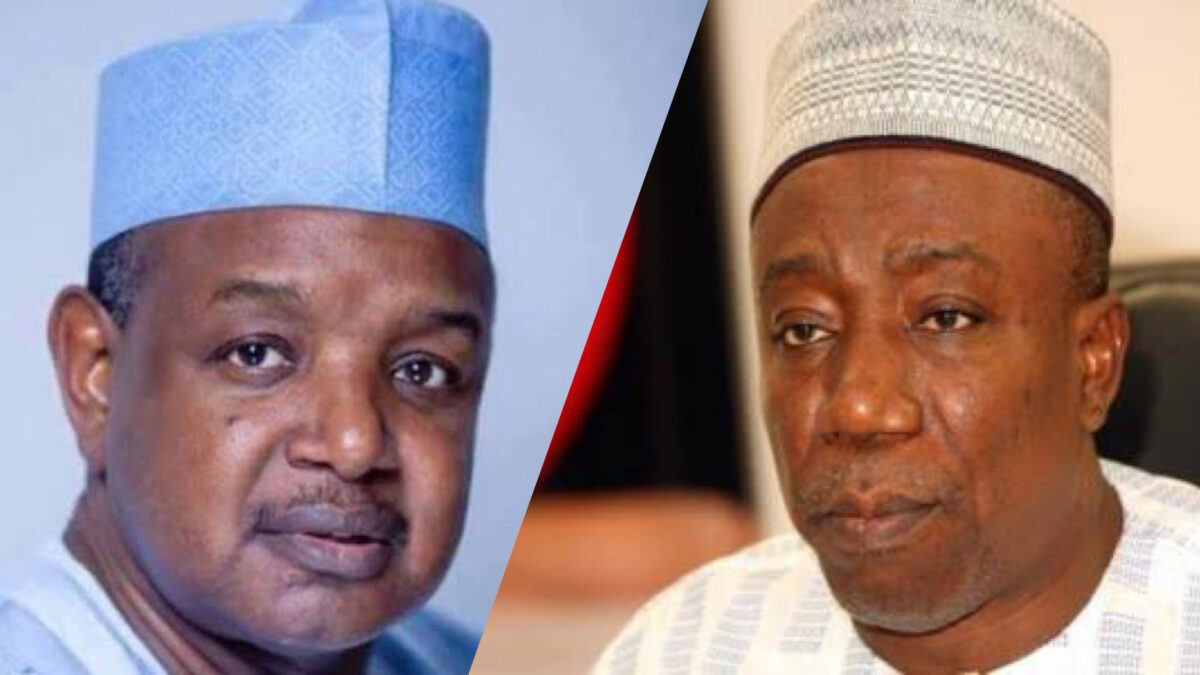 The contest for the Kebbi Central Senatorial District will no doubt be a titanic battle given the political dexterity of the two personalities involved.

The incumbent Governor of Kebbi State, Abubakar Atiku Bagudu of the All Progressives Congress (APC) and a former governor of the state, who is the present occupant of the seat, Senator Adamu Aliero, will slug it out on February 25, 2023 during the presidential and National Assembly elections.

The intrigue and political manoeuvring over Kebbi central senatorial seat between the duo started before the APC senatorial primaries.

Aliero’s much awaited defection to PDP eventually came to the fore a few days before the APC senatorial primary when he wrote to the national chairman of the party, Abdullahi Adamu, telling him that he had withdrawn from the party’s senatorial primary.

He complained in the letter that he had been unjustly and unfairly treated in respect of the senatorial contest despite his sacrifices and contributions to the APC in the state and at the national level.

Thereafter, he gathered his supporters and allies at the Safar Conference Centre in Birnin Kebbi, where he announced his move to the PDP to seek re-election. From that day, the battle line was drawn between the two personalities gunning for the Kebbi Central seat at the Senate.

But Governor Bagudu, in his acceptance speech after he was declared winner of the Kebbi Central senatorial primary at the township stadium in Birnin Kebbi, said for him, the contest was not a do-or-die affair.

He said the defection of Aliero and a host of others to the PDP was regrettable, but it would not affect the success of the APC at the polls.

“I once stepped down for Senator Aliero when I won the party’s senatorial seat primary. I can still do so for peace and progress of our party and Kebbi State”, he said. But that did not happen, as Aliero eventually left for PDP to challenge the governor in the senatorial election.

Expectedly, the two strong candidates of the APC and PDP would be meeting at the polls to test their strength in the senatorial elections billed for February next year.

Given the political prowess of Bagudu and Aliero in Kebbi State politics, observers say the Kebbi Central senatorial election may turn out keener and fiercer than the governorship election.

This is more so as the governor’s Personal Assistant, Alhaji Farouk Musa Yaro Enabo, is said to have formed an alliance of formidable political personalities from other political parties, including PDP, for the victory of Bagudu.

Alhaji Enabo is considered in many quarters as a “one man foot soldier” of Governor Bagudu and political strategist of the APC.

He and others like Alhaji Farouk Kuru, Alhaji Ibrahim Bagudu, Alhaji Abubakar Nayaya and Alhaji Sani Sauro have also been meeting with stakeholders in the eight LGAs of Jega, Kalgo, Bunza, Gwandu, Maiyama, Birnin Kebbi, Aliero and Koko Besse that constitute Kebbi Central senatorial district to rally support for Bagudu.

“The election may not be a tea party for both personalities. As you can see, Aliero is on ground for the election and Governor Bagudu is all over the place. “Bagudu is likely to enjoy the goodwill from farmers, artisans, NURTW, fishermen, petty traders, small and medium business operators and a host of others that his administration’s economic and agricultural policy has affected positively.

“The agricultural activities of his administration, particularly the popular Anchor Borrowers’ Programme may make farmers in the eight LGAs of Kebbi Central senatorial district vote Bagudu for the Senate,” one observer said.

He also claimed that Bagudu’s control of the state assembly members, commissioners, special advisers, local government chairmen, array of party chieftains and structures across the state may be an advantage for him in the election.

But one of Aliero’s loyalists, the publicity secretary of the PDP in Kebbi State, Alhaji Sani Dododo, said Aliero would win the Senate election with ease given his political antecedents.

“As governor from 1999 to 2007, Aliero formed a cluster of politicians and maintains them till today. The majority of notable politicians in the state will queue behind Aliero.

“He is a former governor, minister and senator in the eighth and ninth assemblies. His political achievements are visible in every area of the state.

“As you can see, prominent politicians that are connected with people at the grassroots are all with Aliero.

“He is the only politician in Kebbi that can simply call any personality from any of the 21 LGAs of the state and ask for anything and it will be done for him. They are his foot soldiers.

“Most of the elite in the state are in PDP and they are all his loyalists; they benefitted from him in one way or the other as governor, as a minister and as a senator.

“The election may be a payback for him because his allies at the grassroots would be ready to deliver for him in the eight LGAs of Kebbi central senatorial district.

“From 1999 to date, Aliero is the only one who has served as governor and has been helping his people through various empowerment programmes such as soft loans to medium and small-scale business owners in the state.

“He provided what he called conditional cash transfer to over 6,000 beneficiaries in the eight LGAs of Kebbi central. He also provided over 1,600 bulls to farmers in his senatorial areas.

“Aliero has built political allies and followers, and he is influencing their political careers.” They are ready to follow him to wherever he decides to go politically.

“Many notable political personalities in the APC are his followers, when the time comes, they will do his bidding,” he said.

In terms of the physical development of Kebbi State, Aliero’s supporters said his administration was responsible for the creation of the state’s School of Nursing, Kebbi State University of Science and Technology, the state secretariat, Aliero Quarters, Jega/ Birnin Kebbi road, Kebbi/Argungu road, building of the first airstrip before Dakingari upgraded it to an international airport and the construction of the presidential lodge in Birnin Kebbi.

But despite these, supporters of the APC and loyalists of Governor Bagudu said he stands a better chance in the election than Aliero as he would enjoy the goodwill of the electorate because of the positive things his administration has done for people in different parts of the state.

One of his supporters, Alhaji Abubakar Bunza, said, “Aliero once lost to Bagudu in the senatorial election in 2011 when he contested under the CPC. He will still win in coming elections because the electorate in the senatorial district will still vote for Bagudu and APC,” he said.

Meanwhile, litigation over Aliero’s ticket in PDP is yet to be resolved.

A federal high court sitting in Birnin Kebbi had nullified Aliero’s candidacy. The senator has since appealed the ruling.

Should the appeal court sitting in Sokoto uphold the high court judgement, Saidu Haruna, a former chairman of the PDP in the state, may become the party’s candidate to contest with Bagudu in the senatorial election.

This may mean an easy win for Bagudu and APC in the Kebbi Central senatorial election.

But the Aliero group has kept hope alive, insisting that the court will rule in favour of Aliero and he and Bagudu will meet at the polls.