Former Governor of Niger State, Dr Babangida Aliyu, has described the Peoples Democratic Party (PDP) flagbearer, Atiku Abubakar, as the healthiest of all the presidential… 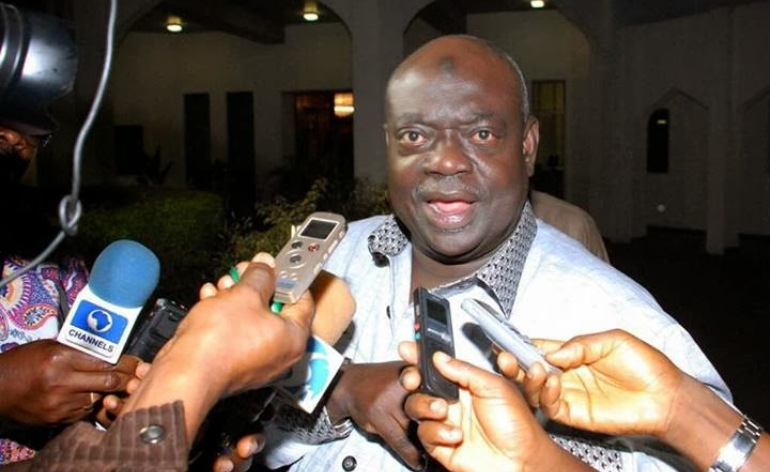 Former Governor of Niger State, Dr Babangida Aliyu, has described the Peoples Democratic Party (PDP) flagbearer, Atiku Abubakar, as the healthiest of all the presidential candidates.

His position was a vague reference to the Presidential Candidate of the All Progressives Congress (APC), Bola Tinubu’s latest fitness video currently trending on social media.

Tinubu’s absence at some important events, especially the peace pact, had generated controversies, with many speculating that the APC candidate  “is unhealthy.”

But on Sunday, Tinubu posted a short video of himself on his social media, dismissing alleged health challenges.

However, Aliyu took a swipe at Tinubu, while speaking in Abeokuta, Ogun State, during the declaration of support for Atiku by 20 volunteer groups in South West.

In his remarks, the former Niger governor said a medically fit presidential candidate needs no proof by sharing video clip on social media.

Aliyu insisted that “Atiku is the healthiest of the presidential candidates in this country.”

He also declared that Atiku presidency would reclaim Nigeria from Boko Haram, Bandits and other criminal elements.

“It is only an Atiku presidency that can restructure Nigeria. There must be a state police so as to ensure security in the local areas, only an Atiku Abubakar presidency can do that. The economy, there is extreme poverty in the land, therefore, members of PDP and fellow Nigerians, on the day in February, elect Atiku Abubakar because the development of any nation depends on the education of that country.

“You have seen what has happened to us, today out students in the public universities have been at home for more than seven, eight months. Our secondary schools many of them are so dilapidated that they cannot serve as secondary schools. Our elementary schools, there is no country that has over 20 million children out of school and you expect to be developed, only an Atiku Abubakar presidency can help us solve this problem.

“We have become the poverty capital of the world, that should not be. We are expected to everyday produce 2.1 million barrels of crude oil, but only last month, we were able to produce 900,000, it has gone as low as 600,000. What is happening to the rest, some people are stealing it, are we saying that the current government does not know those who are stealing it? They know, therefore, voting for Atiku Abubakar is saving, is rescuing, is developing Nigeria.

“I  was looking through newspapers today and I saw a picture of somebody trying to prove he is healthy. If there is health, we don’t need to tell people that we are healthy, but we are aware that Atiku is the healthiest of the presidential candidates in this country.”

On his part, Shekarau urged Nigerians to get their voters’ cards ready to vote out the APC government next year.

“We want to change the change in Nigeria. And by the grace of God, victory will come our way in all elections next year,” the former Kano governor said.