Attacking winger, Joseph Atule has said he is having a swell time making his debut in the Nigeria Professional Football League, NPFL for Katsina United.… 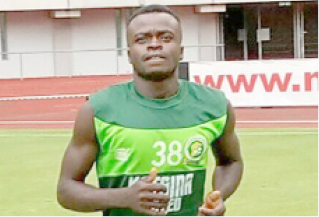 Attacking winger, Joseph Atule has said he is having a swell time making his debut in the Nigeria Professional Football League, NPFL for Katsina United.

The player who joined the ‘Chanji boys’ from Kebbi United told Daily Trust that he is ready to rub shoulders with the big boys in the Nigerian topflight.

He said playing in the lower division is even tougher than what he has found in the NPFL.

“I must confess that I am enjoying my first season in the NPFL with Katsina United. I joined them from Kebbi United so my expectation was that it would be very difficult for me to play.

“However, I must thank God almighty for making it possible for me to cope with the demands of topflight football. Sometimes I feel strongly that it is even more difficult to play in the National League.

“I am not saying it has been a bed of roses but I am ready to keep pushing for more playing time,” he said.

Atule also said after his two assists in the 2-0 win over Sunshine Stars, the next target for him is to open his goal account in Katsina United’s week 8 tie away at Rivers United.

Although not keen on personal glory, the Gboko bred winger said helping his team with goals won’t be a bad idea.

“I am yet to score in the NPFL but I am hoping to score my first goal against Rivers United. I will play for the team but keep my eyes wide open for any opportunity to score.

“It will be a difficult match but we would fight for a good result on Sunday,” he assured.