ASUU, Ngige and the parapet of labour laws

It can be successfully argued that even if the Minister of Labour and Employment, Dr Chris Ngige, has gone personal in conciliating the dispute between… 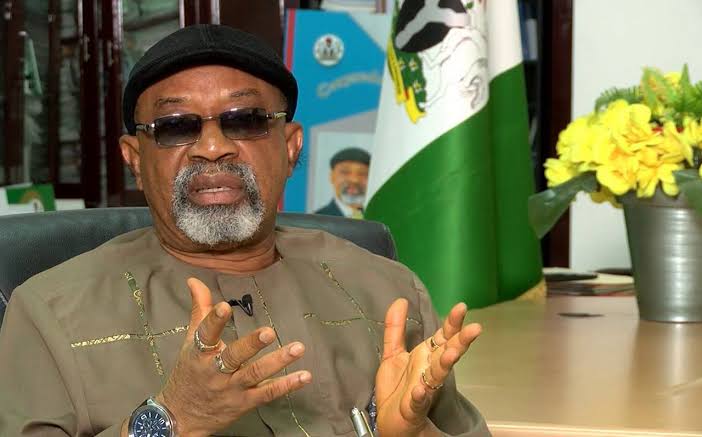 It can be successfully argued that even if the Minister of Labour and Employment, Dr Chris Ngige, has gone personal in conciliating the dispute between ASUU and the federal government, all he has done is the scrupulous engagement of the relevant provisions of the Trade Disputes Act and the Trade Union Act to  bring discipline and decorum in labour administration. ASUU, it must be stated, is fighting a cause that cannot be punctured on the scale of patriotism but it is counterproductive.

Social dialogue was effectively displaced and social distemper enthroned, degenerating to cross party name calling and “panjandrum,” the Zik of Africa would say. In the midst of it, was dissension over the place of law in the entire conundrum.    But every progressive and prosperous society thrives on the triumph of laws. The minister of labour must have chosen to prove there are enough laws in labour statute books to put restiveness on the back foot and ensure equable production milieu.

Luckily, ASUU is back to school but skirmishes continue between it and the government over unresolved issues,  accentuated lately by pro-rata payment of October salaries to university teachers. Ngige as usual is a constant factor at the receiving end of ceaseless blame.

The no work-no pay protest organised by the University of Lagos chapter of ASUU was a  lead  op-ed  on the bursting thoughts among members nationwide. For the chapter chairman, Dele Ashiru  ‘‘Ngige is the agent provocateur; he is the one instigating the government against ASUU. He has inexplicable hatred for our union and that is the reason he turned our struggle into a personal fight. Ngige is out there to destroy public universities.’’

I partly agree with Ashiru. The minister of labour is not known for taking prisoners. His antecedent is that  once he is within the bounds of the law, all the paws are out. However, the legality  or otherwise of the track he walks  to make ASUU earn its pay,  time-proven tripartite social dialogue having collapsed,  is in focus to prove ASUU or vindicate Ngige.  But there is this saddening news. The crisis in public universities is festering like a wildfire fueled by harmattan wind.

It is being argued that Nigerian universities are hardly in the news for scientific research break throughs or academic excellence. It is always about  doom-scrolling  that  tethers the system to decadence.    While the issue of funding remains cardinal in repositioning the university system, proper management of scarce resources becomes an albatross in a system accused of corruption.

Anyway, back to the issue of Ngige as the agent provocateur of the ASUU crisis.  With ASUU on strike  for eight months, rejecting all entreaties even from   tripartite-plus bodies, Ngige looked inwards and frontloaded the elaborate  provisions of the law.  He simply said ‘No to building a  Potemkin’ that succumbs to perennial strikes.

Now the laws. Did you know that education is categorised as an essential service, which  under section  7 of the Trade Disputes  Act , Cap T 9, must give 15 days prior notice for a strike?  Available records can only recall ASUU complied last with this in 2017. And to keep circumventing this, ASUU claims  its strikes are   roll-overs, which in the purview of the above section has no basis as strike has no other qualifier than being a strike.

A similar interpretation of the section 17 of the Trade Disputes Act, Cap T8,  makes   ASUU accuse the  minister of taking the  union to court, whereas transmitting a dispute to the National Industrial Court is  the next stage in a collapsed conciliation process.  Before further insight into  section 17, section 18  provides that once any union fails to settle a dispute with its employer and goes on strike , the minister apprehends the action by convening conciliation for the two parties. Once  apprehension is in place, the concerned union and the employer go back to the status quo ante bellum. However, this is observed more in breach, otherwise , ASUU would have called off the February 14 strike on the 22nd of the same month when the minister summoned the conciliation meeting.

As it is,  section 17 ties the hands of the minister by providing that he should within 14 days of the collapse of talks, transmit the dispute to the higher body, which is either the Industrial Arbitration Panel or the National Industrial Court. That is exactly what the minister did. In fact, he was in breach of the law by delaying the transmission from 14 days to eight months! Hence, rather than stating incorrectly that Ngige took ASUU to court, it is the union that made conciliation difficult to warrant transmission to the industrial court.

Similarly, the vexed issue of no work, no pay as contained in section 43 of the Trade Disputes Act has rarely been used. The present administration first invoked it on JOHESU in 2018 as well as ASUU and NARD in 2020 and 2021, respectively. That  government later reversed itself in clemency to ASUU leading to the payment of nine months’ salary under which they didn’t teach in 2020 does not render this law defective or in perpetual abeyance.   It remains the law  implied  by Convention 87 of the ILO that grants employees the right to strike and the employer, the right to withhold payment. The pro-rata payment is ancillary to this. Government only decided to stretch the law to its legal limit to exert maximum punishment. Also, the registration of two new unions, CONUA and NAMDA, whose application according to the ministry was submitted in 2018, claimed personal and group incompatibility with ASUU and under 43 of the constitution on fundamental freedom as well as convention 87 and 97 of the ILO on the democratisation of unions sought for registration. The matter will soon be straightened out by the court.

Dr Jibia is the former Director of Skills and Certification, Federal Ministry of Labour and Employment