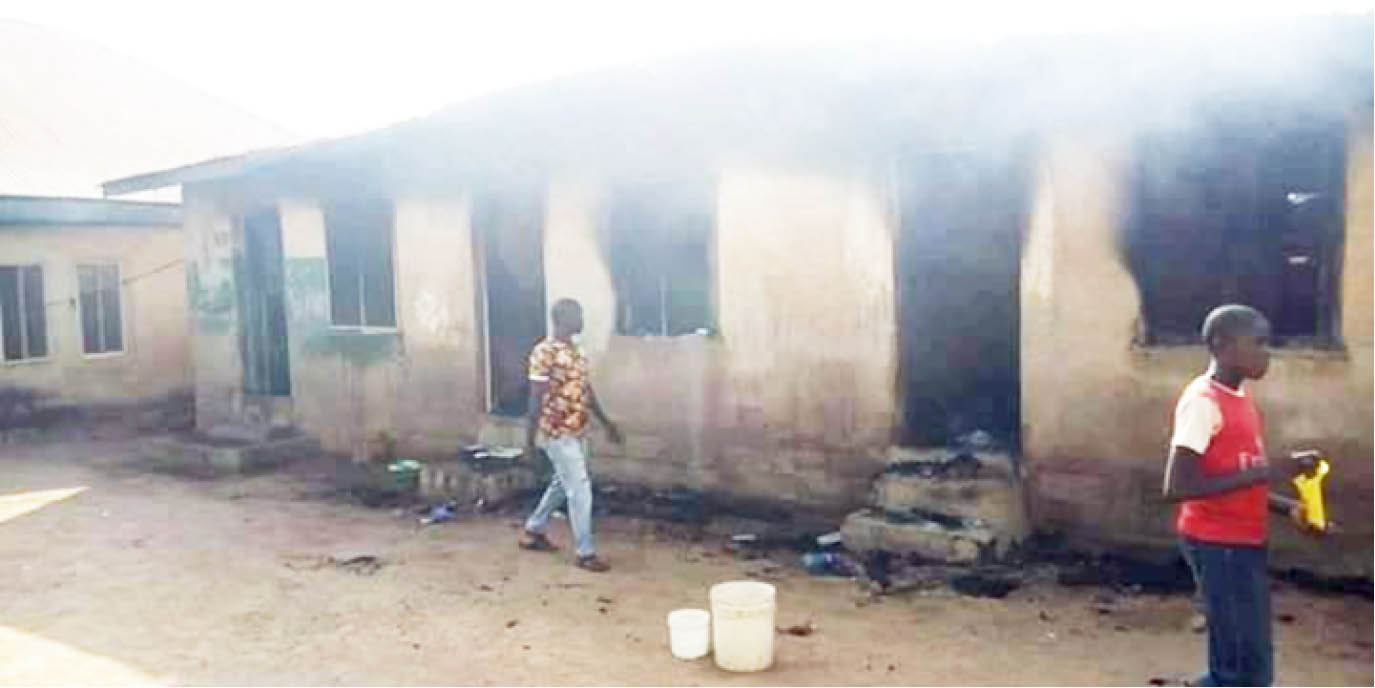 Benue residents are alarmed by a new wave of attacks where some frustrated persons set themselves or others ablaze to end their lives. Daily Trust reports some of such incidents in recent times.

Like other parts of the country, citizens in Benue State are also committing suicide, using different means. It was observed that most people now prefer to set themselves ablaze to end their lives. This was recorded in at least three separate incidents in various parts of the state in the past four weeks, the latest being a casual worker in Gwer East Local Government. He set himself ablaze over an alleged hardship.

It was gathered that the deceased, Aondona Yaga, locked himself inside his thatched mud house in Alaide before setting himself ablaze at about 8:00am on Tuesday, December 8, 2020. That was barely 24 hours after a similar incident happened, where a lady set her boyfriend on fire in the Gboko area of the state.

Daily Trust learnt that the late Yaga had complained bitterly that he was owed a monthly allowance of N5,000 for three years; hence he could not raise money to treat himself of an ailment.

Mourners who gathered in front of Yaga’s burnt mud house, where his remains were covered with a wrapper waiting for his relatives, wondered why he would take his own life.

Speaking on the incident, the Vice Chairman of Gwer East Local Government, Austin Nemba, told newsmen in Makurdi on phone that the late Yaga was a hardworking member of staff, and expressed surprise that he committed suicide.

When contacted, the spokesperson for the police command in Benue, DSP Catherine Anene, confirmed the incident. She also confirmed the case of a young woman, simply identified as Ashi, who set her lover, Jude, ablaze at his house on Shaahu Road in Gboko Local Government Area. The incident happened about 1:30am on Monday. Jude’s mother and a little child were also inside the apartment.

It was learnt that the woman allegedly committed the crime over Jude’s refusal to marry her.

Witnesses said the man and the other victims were, however, fortunate to escape from the inferno. But parts of the woman’s boyfriend’s body were burnt and he is receiving treatment in a hospital in Gboko.

The witnesses alleged that Jude had refused to continue with marriage plans with the young woman following her bad attitude towards his mother. It was on the basis of this that the relationship strained, to the extent that he ordered her to pack out of his house.

One of the witnesses said both lovers had a heated argument, hours before the incident occurred. The woman was said to have moved out of the rented apartment, where she cohabitated with the man.

A relative of the man, who gave his name as Freeman, told journalists in Makurdi on telephone that after committing the act, the woman ran to her village in Buruku Local Government Area. But according to him, the police have arrested her. He alleged that Jude ended their relationship because she was quarrelsome and never respected her potential mother-in-law, adding that they had lived together for three years.

Narrating what happened, another witness told our correspondent that after moving her belongings from Jude’s house, the woman returned with three men at night, locked the door from outside, tore the window nets before pouring petrol and setting the building on fire.

Daily Trust on Sunday learnt that the quick intervention of neighbours, who were attracted to the scene by the cries of the victims, helped to rescue them.

While Jude’s mother and the child sustained minor burns, he suffered severe injuries in his hands and other parts of his body.

Another incident had happened on November 15, 2020 when one man identified as Nicodemus set himself and girlfriend ablaze at the High Level area of Makurdi. The 40-year-old man had allegedly poured petrol on himself and his girlfriend in a locked room and ignited the fire.

The timely intervention of firefighters from the State Fire Service partly saved the day and prevented the inferno from engulfing adjourning apartments, but the duo had already been burnt to death.

While confirming the incident, the spokesperson of the police in the state, Anene, had said further investigation would unravel the actual cause of the incident.

Meanwhile, Dr Obekpa Isaiah Obekpa, the head of the psychiatric unit at the Federal Medical Centre, Makurdi, said that if the aforementioned cases were confirmed, it could be linked to serious mental health issues.

He noted that 70 per cent of suicide cases were as a result of mental illnesses, and stressed the need for families and friends to help sufferers get medical attention on time once they notice any abnormality in such people’s behaviours.

He said challenges such as joblessness or frustration due to hardship were not enough reasons for people to take their own lives because there would always be better ways out of bad situations. He emphasised that for anyone to come to the point of committing suicide required medical attention.

“If it were normal frustration, they would get to that point of killing themselves but change their minds. For those who go ahead to kill themselves intentionally, it is a mental issue which needed medical attention. Such things should not be overlooked,’’ he said.

Obekpa also admonished the media to be cautious when reporting suicide cases because it could trigger what he called, ‘copycat’ suicide, a pattern others follow to commit similar crime. He cited the example of the person who jumped into the lagoon in Lagos, and within the period, some other people followed suit.