APC: Who will rescue this sinking ship?

It is no longer news that the All Progressives Congress, APC is in serious crises due to its inability to resolve the lingering zoning arrangement… 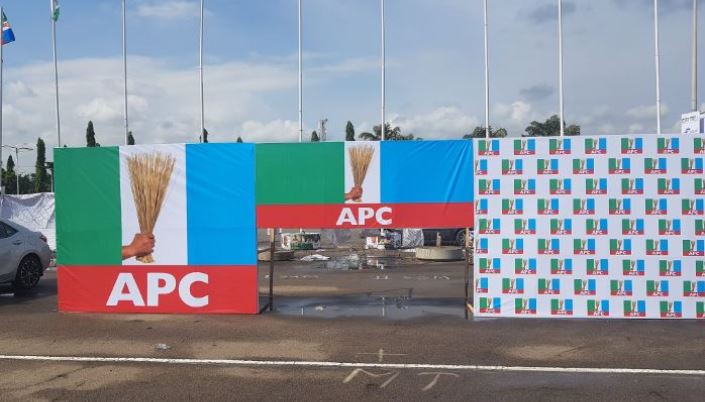 It is no longer news that the All Progressives Congress, APC is in serious crises due to its inability to resolve the lingering zoning arrangement for party positions and the lack of commitment by the caretaker committee in setting up the various sub-committees ahead of its February 26 National Convention.

As things stand, the APC is well on its way to perdition and political oblivion if the corrupt elements masquerading as leaders in the party are allowed to have their way.

There are strong reports of an unholy alliance by these corrupt former and sitting Governors, and a presiding officer of the National Assembly to impose 75-year-old Abdullahi Adamu, a former governor and Senator from Nasarawa State as the APC ‘consensus’ candidate for the National Chairman of the party.

The hatchet job being perfected by these strange bedfellows seek to adopt the Septuagenarian as its candidate in exchange for some negotiated positions going into the 2023 general elections.

This latest move erodes the good efforts being put in place by party members to adopt a smart, agile and a young candidate that will be most acceptable to all in the overall interest of the party.

Adamu’s imposition will portray the ruling party as a conglomerate of “old fashioned” party leaders who are not inclined with the current reality on ground and the various technologies and innovations available in the running of a ‘smart’ political party of this modern era.

An outmoded, sit-tight, authoritarian political party is what you get when these corrupt leaders who have placed their selfish interest above that of the party are allowed to take decisions on behalf of a larger group.

This is the time for President Muhammadu Buhari to assert his authority and firmness on his directive that aspirants with corruption cases on their neck should not be considered for the position of the National Chairman of the party as it will plunge the party into further chaos.

President Muhammadu Buhari is already 79 years old. So can the APC afford to hand over such a sensitive position of National Chairman to this 75 years old Senator who should be at home looking after his health and playing with his grandchildren.

It is also in the public domain that Adamu Abdullahi has used every opportunity available while speaking to the media that APC will never give the party to a Southerner. Views of this nature portrays the type of leadership style he will bring into running the affairs of a party that is on the brink of collapse.

This illegality, if allowed to stand, will not only set the APC backward in its build-up to the convention but also sends the party to its early grave. A stitch in time saves nine.

Tiamiyu Hassan wrote in from Kano