A support group of the ruling party, All Progressives Congress Support Group (APCSG), has bemoaned the exclusion of Minister of Women Affairs, Pauline Tallen, APC… 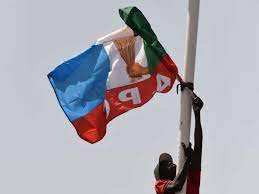 A support group of the ruling party, All Progressives Congress Support Group (APCSG), has bemoaned the exclusion of Minister of Women Affairs, Pauline Tallen, APC national women leader, Dr Betta Edu, and the only female governorship candidate of the party, Senator Aishatu Binani, from the Women Campaign Council of the party.

The group in a statement on Saturday in Abuja signed by Dingyadi Haruna said with the development, the leadership of the party seems to be bent on creating intraparty challenges in the nation’s political space ahead of the 2023 presidential election.

The campaign list, which contained names of 944 high-profile women and wives of prominent APC politicians, was released in the wee hours of Saturday by the campaign media admin, Rinsola Abiola, who is also the daughter of late Chief MKO Abiola.

However, Haruna who lamented the party’s exclusion of such top-notch women from the party’s Women Campaign Team, said such moves might lead to conflict and infighting.

He said, “This is happenings while the political party being hit with the news of the disqualification of Governor Oyetola of Osun State as the candidate of the APC in the July 16 governorship election in the State, following the role of Governor of Yobe State, Mai Bala Buni, as the caretaker Chairman of the party. The outcome that a constitutional lawyer, Kayode Ajulo, had said could collapse the party.

“Recall that recently, the Governors on the platform of the APC namely, Progressives Governors Forum and the National Working Committee of the party had earlier shown their grievances on the party’s presidential campaign list which was set up without their interest met in the equation.”

He said it is unclear the campaign motive of the APC for arriving at a decision where the representatives of the party with outstanding political structures and followership were edged out from playing major roles in the 2023 campaigns.

“The APC may be in for electoral doom in 2023 as the campaigns of the party may lack proper coordination unlike in 2015 and 2019,” he added.