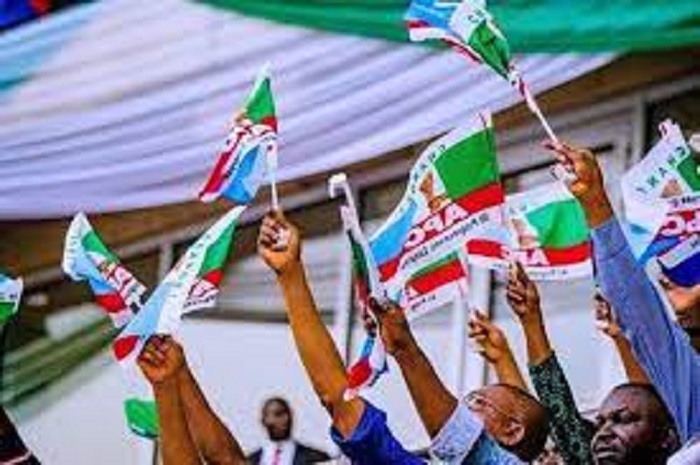 Aggrieved members of the All Progressives Congress (APC) in Osun State have dragged the leadership of the party to court to challenge the outcome of last Saturday’s congress in the state.

The plaintiffs who are members of The Osun Progressive (TOP) are loyal to a former Governor of the state and Minister of Interior, Mr Rauf Aregbesola.

They held a parallel Congress at Ogo-Oluwa area in Osogbo while the other was held at the Osogbo City Stadium where the Chairman of the party, Prince Adegboyega Famodun was re-elected for a second term.

But on Monday, the group dragged the Chairman of Caretaker Extraordinary Convention Committee of the party, Governor Mai Mala Buni and the Chairman of Osun State Ward Congress Committee, Hon Gbenga Elegbeleye, to the Federal High Court in Osogbo over the manner the Congress were conducted.

The plaintiffs, Yusuf Asifat Makanjuola and 2,516 others said they paid the stipulated amount and obtained forms to participate in the Congresses of the party but were sidelined by the committee.

The plaintiffs also joined the Osun State chapter of the APC, the Independent National Electoral Commission and the Chairman of the Osun State Ward Congress Appeal Committee, Ambassador Obed Wadzani as defendants.

There were parallel APC state congresses in most of the states of the federation on Saturday.

The main opposition party, the Peoples Democratic Party, PDP, has mocked the ruling party for its inability to conduct a free and fair state congress across the country, saying it was a reflection of what the party stood for.