The former Head of State and chairman of National Peace Committee (NPC), Gen. Abdulsalami Abubakar and the Obi of Onitsha, HRM Igwe Nnaemeka Achebe, have… 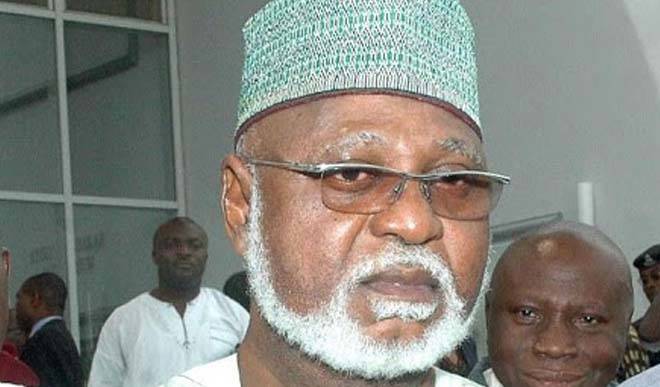 The former Head of State and chairman of National Peace Committee (NPC), Gen. Abdulsalami Abubakar and the Obi of Onitsha, HRM Igwe Nnaemeka Achebe, have sued for peace ahead of the Anambra state House of Assembly elections coming up this Saturday.

The duo, who spoke at the Anambra state High-Level Dialogue on Peaceful 2019 Gubernatorial and State House of Assembly Elections in Anambra state organised by NPC on Thursday, described peace as an engine room for meaningful development.

They both called for orderly and peaceful conduct of the election in such way that peace will reign in the state.

Abdulsalami, who was represented by Deputy Director, Administration of NPC, Duke Anoemuah, urged the people of Anambra state to conduct themselves peacefully and orderly in the forthcoming Saturday’s governorship and State House of Assembly elections.

He called on the contestants in the elections to eschew violence and hate speeches and try to adhere to the peace accord which various political leaders signed before the presidential election.

According to him, the ongoing dialogue was among series of interventions at state level being jointly sponsored by NPC and the Department for International Development (DFID) to sensitise and mobilise stakeholders  towards peaceful elections.

“It is expected to build initiative, and take measures to strengthen a mutual confidence among stakeholders and political actors and to encourage Peaceful resolution of any election-related disputes with utmost regards to the rules of laws and due process,” he said.

Igwe Nnaemeka, who was represented by the Onowu of Onitsha Kingdom, Okey Ononye, urged the people to conduct themselves orderly at the election, saying there is need for peace in the state and Nigeria at large.

The spokesman of Anambra state police command, Haruna Mohammed, who represented the state commissioner for Police, CP Rabiu Ladodo said the police have put enough measure to provide adequate security before, during and after the elections.