The Al-Habibiyyah Islamic Society has urged Islamic scholars and imams to play leading roles in the fight against corruption in the country through their sermons,… 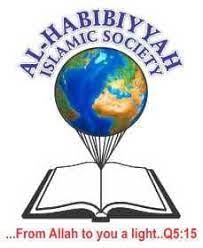 The Al-Habibiyyah Islamic Society has urged Islamic scholars and imams to play leading roles in the fight against corruption in the country through their sermons, preaching and conducts.

The executive director of the society, Imam Fuad Adeyemi, gave the advice Sunday in Abuja at an anti-corruption training and use of sermon guide for imams, clerics and female Muslim scholars.

He said the training was in continuation of the society’s anti-corruption campaign under its project tagged, “Encouraging Accountability and Transparency through Halal (EAT-HALAL).

On his part, a former Nigerian Ambassador to Pakistan, Alhaji Ridhwan Mustapha, who gave a lecture on anti-corruption, urged the scholars to be brave and constructive in highlighting the ills of corruption in society.

He said the session, which saw the usage of the 137-page ‘Sermon Guide for Imams on Accountability and Transparency’ document was to also guide the participants to teach other Muslim clerics and get them involved on anti-corruption efforts.

On her part, a female official of the society, Dr Rekiya Momoh-Abaji, urged women to be involved in anti-corruption efforts as mothers and teachers who have the privilege of closeness to children and can influence their conducts.