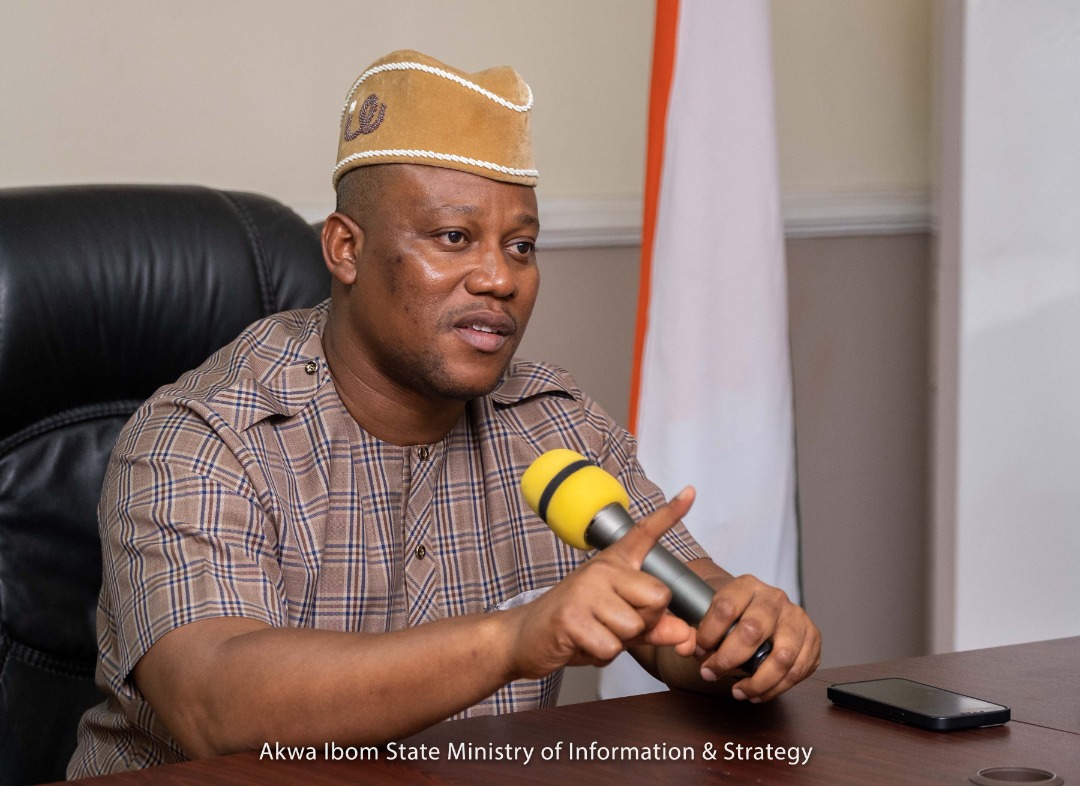 Comrade Ememobong commended the governor, last Friday, while receiving some staff of his ministry, who recently undertook a short study course at the London School of Public Relations, United Kingdom.

According to the Commissioner, the foreign trainings for staff in the ministry wouldn’t have been possible without the support of the Governor. “I am a servant, and my duty is to interpret the desires of His Excellency. You are the beneficiaries of the Governor’s drive for a better workforce”. He said.

The information helmsman, who also praised the ministry’s ambassador to the LSPR for conducting themselves well while undergoing the short course at the globally recognized institution, observed that “learning helps to keep the heart and mind straight. And more knowledge humbles”.

Assuring that another set of staff would soon be sent to the LSPR, he promised more trainings for staff, including Post Graduate programmes; specialized trainings in Dubai, United Arab Emirates; the Administrative Staff College, ASCON, Lagos; and pre-retirement trainings for senior staffers of the ministry.

On his part, the team leader and Permanent Secretary in the ministry, Akparawa James Edet, remarked that going to LSPR was like a dream, which became a vision and later turned to a mission accomplished.

Akparawa Edet affirmed that today, the ministry’s UK ambassadors were proud recipients of Diploma from the London School of Public Relations, a leading school of media studies and Public Relations in the world, courtesy of the visionary leadership of a government that believed in capacity building of staff.

In her vote of thanks the Dean, College of Directors in the ministry, who is also the Director of Information, Mrs. Blessing Urua thanked God for making things better in the ministry than they were, through the help of Comrade Ememobong.

Recall that workshops and trainings, both local and foreign, have become regular features for staff of the Ministry of Information and Strategy since the coming on board of Comrade Ememobong as Commissioner in 2020.

Apart from the training of staff in Chinese and Sign languages, a number of staff were sponsored for the Nigerian Institute of Public Relations Certificate and Diploma programmes at the Uyo, Study Centre.

In April 2022, a cross section of staff were at the Elegant Professional and Management Development Training Cenre, Dubai, UAE, to acquire skills relevant to their areas of responsibilities in the Civil Service. Others have also been sent in batches, to the Administrative Staff College of Nigeria (ASCON), Topo, in Badagry, Lagos State.