Airfares jump up as Sallah approaches

About a week to the Eid-el-Kabir festival, airfares have gone astronomically high on major routes across the country even as airline operators have blamed the… 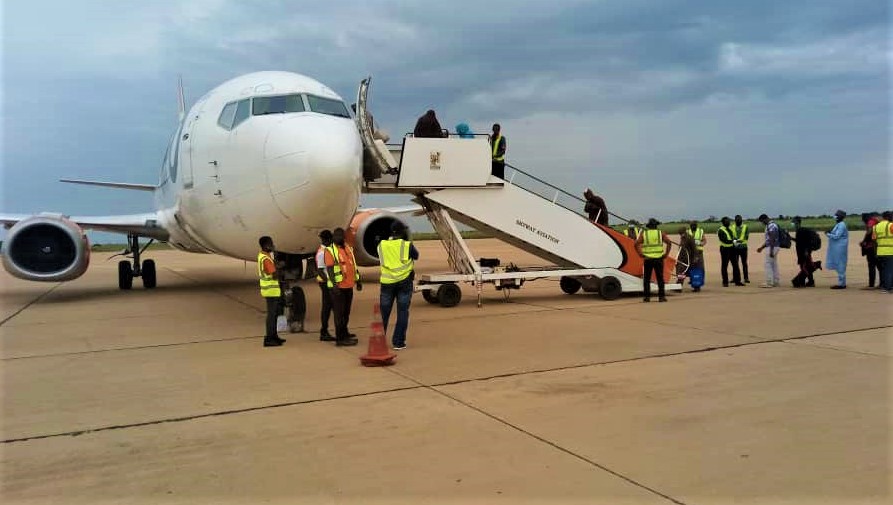 About a week to the Eid-el-Kabir festival, airfares have gone astronomically high on major routes across the country even as airline operators have blamed the hike on the skyrocketing price of aviation fuel known as Jet A1.

Mostly affected are the northern routes as checks by Daily Trust indicated that airfare on major northern cities for next week’s trips had gone up with prospective passengers lamenting the development.

For instance, Lagos-Kano flights on most of the airlines including Air Peace, Azman Air and Max Air costs as much as N108,000 for a one-way ticket.

Also, Air Peace’s Lagos-Ilorin flight costs as much as N70,000 as against the N50,000 quoted as the base fare on its website.

The most expensive of the northern route at the moment is Lagos-Yola on Max Air which costs N135,000 while Lagos-Sokoto costs N128,000 for a one-way flight.

Also, Azman Air’s Lagos-Kaduna flight costs N99,749 for a one-way ticket. Arik Air quotes N122,196 for the Lagos-Sokoto flight while its Lagos-Yola flight ticket costs between N101,205 and N122,196 depending on the time of booking.

Many air travelers have expressed frustration over the spike in airfares even as operators have also justified the increase, saying for them to survive they need to charge sustainable fares.

“Did you check the cost of aviation fuel which is over N700? How do we operate? We are trying to charge sustainable fares in order to remain in business,” said Shehu Wadda, Executive Director of Max Air.

Aviation analyst, Babatunde Adeniji, in a chat with Daily Trust said the hike in price was not limited to air tickets.

He said, “Are tickets the only things rising? Why isolate the effect as if there is no cause? What do you expect the airlines to do?

“Surely there will be some low fares also but increases are inevitable once input costs go up and continue to do so.”

Daily Trust reports that the Eid-el-Kabir festival would be celebrated on Saturday, July 9, following the sighting of the crescent on Wednesday which signaled the commencement of the new Islamic month of Dhul Hijja.