Ahmadu Yakubu Adaji: The last of them

Born on February 15, 1943, Ahmadu Yakubu Adaji had a knitted lineage to 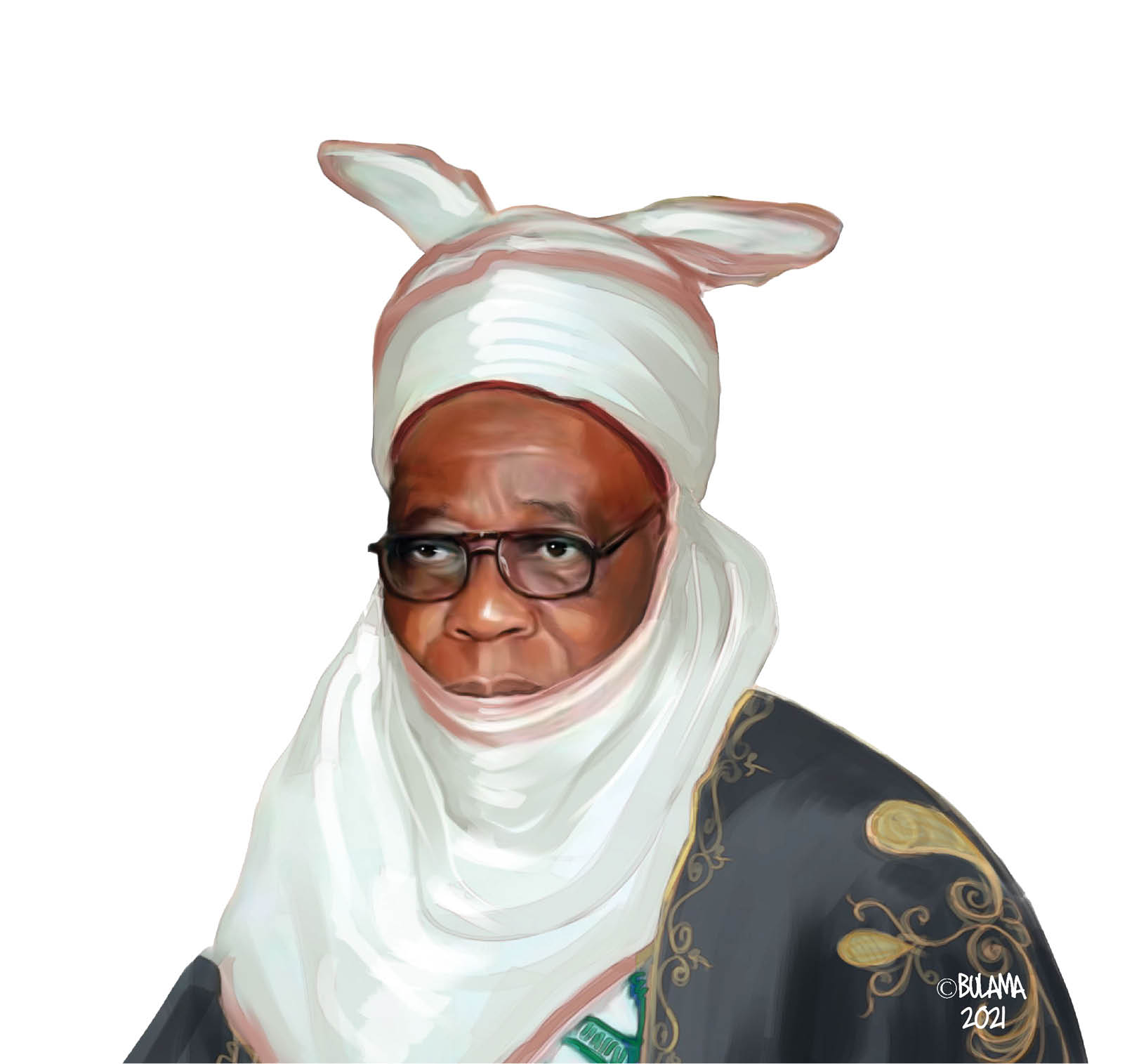 He lived in the belly of time and replicated himself in eternal greatness, the curtain fell, and he breathed his last, but in his traces exist indelible imprints. He died but lived in eternal reference, for in his absence dwell his physical progenitors; he recreated himself in service, legacies, and offspring.

Ahmadu Yakubu Adaji, the Ejeh Ankpa the III is remembered five years after he joined the abode of eternity, the permanent dwelling of saints.

Born on February 15, 1943, Ahmadu Yakubu Adaji had a knitted lineage to Atiyele who begot Adaji; founder of what is today known as Ankpa, in present day Kogi State. Born into royalty, he navigated in royal voyages in all his life pursuits. Education for him was a must sought as he combined Arabic and western education at a time it was literarily a rarity for natives to embrace new knowledge. Ingrained with native intelligence, street mentality and sheer doggedness, Ahmadu Yakibu trudged on the ‘expeditional’ lane of acquiring knowledge available to those who saw into the future – the new order.

In between counted years from 1955 through the 1960s down to the early years of Nigeria’s Independence and capping it into the 1970s, he honed himself through the layers of primary, secondary and tertiary education. The native Authority Primary School Idah, Ibo Union Grammar School, Kano, the London School of Accounting, the International Chartered Accountancy in Munich, Germany were the educational fortresses that honed him into a repute in his chosen career.

Baked for purpose, Ahmadu Yakubu Adaji’s traces in the financial and formal sector were legendary. With years in the service of the Central Bank of Nigeria, he left inimitable mark of excellence, hard work, and diligence. His stint as one of the Accountants in Bagauda Textile Mills in Kano became a reference template of growing indigenous ventures in Nigeria. His innovative approaches and insights were the catalyst needed for the plausible performance of the company at that time.

Hardly had he finished work at Bagauda Mills that his services got poached by the Dantata Group of Companies in 1977. That Dantata and Sawoe is what it is today, is to the combined ingenuity, sacrifices, dedication, and honesty of the likes of Ahmadu Yakubu who became Director of Finance and eventually member of the Board of Directors of the company.

Time in the field has limits, as the call for royalty beckoned and Ahmadu Yakubu Adaji had to retrace his time to his ancestral royalty. The time for the sustenance of the Atiyele dynasty was birthed and all pointers shone at him. In between modesty and the life of contentment, he struggled to extricate himself from the traditional responsibility. As it were before him, his stance became a nullity as he submitted to the provision of tradition by taking up the coveted royal throne of the Ejeh Ankpa the third in order of ascension. And on the 3rd of February, 1993, His Royal Highness Alhaji (Dr) Ahmadu Yakubu Adaji became the third Ejeh of Ankpa and presented with a first-class staff of office on August 2, 1993.

His reign as the Ejeh of Ankpa saw the democratization of the stool with open governance as his cardinal thrust. Ankpa became an embrace of all nationals as everyone felt the acceptability of home. Both citizens and settlers found abode in the belly of Ankpa, as the town recorded exponential growth in every facet. He set the template for robust educational drive for his subjects as the town witnessed a drastic behavioural pattern.

Hitherto, the culture was that western education wasn’t a preference but entrepreneurial ventures by the people of Ankpa. He changed this mindset and the people responded to his call for western knowledge. In no time, Ankpa witnessed a surge in educational enrolment. That the town boast of highly qualified and prosperous educationists today is to the unmitigated advocacy of late Ahmadu Yakubu.

Tapping from the noble leadership of the prophet of Islam, Prophet Mohammed SAW, Yakubu demonstrated piety in leadership, domesticated fairness as a tool of governance, and ruled his people with the fear of God. That the town witnessed sustained peace and harmony is to the humility and transparency that dominated his reign. He was a fair and just leader to all. When he passed on, the Christian community just like the Muslims, mourned him.

Highly detribalized, astutely baked, patriotically endowed, Alhaji Ahmadu Yakubu Adaji lived in the sacrifices of time. He gave his all to his community, contributed immensely to nation-building, exemplified what it is to be a modest leader. A fascinating model of reference of what a gentleman should be.

A family man, with every ounce of dignity, the royal eyes of Atiyele lived in fulfilled family pride. Surrounded by the retinue of accomplished children birthed him by noble wives, he recreated himself in his family thus setting him in permanent patriarchy. He may have gone in earthly passage but he remains perpetually in reference and reverence, for people like this are an eternal signpost of history.

In commemoration of a life well lived in honour, dignity and piety, family, friends and associates gathered recently in Abuja to honour the last of them, the direct descendant of Atiyile, the scion of Adaji, his eminence, Agaagwu Attah, the Ejeh of Ankpa III, Alhaji Dr Ahmadu Yakubu Adaji. And in continuation of his legacies, the children launched ‘Ejeh Ahmadu Yakubu Foundation.