2023: ‘Give Osinbajo right of first refusal’

Ahead of the 2023 general election, the ‘Save Tomorrow 4 Osibanjo’ has urged the Vice President, Prof Yemi Osinbajo to formally declare and contest for… 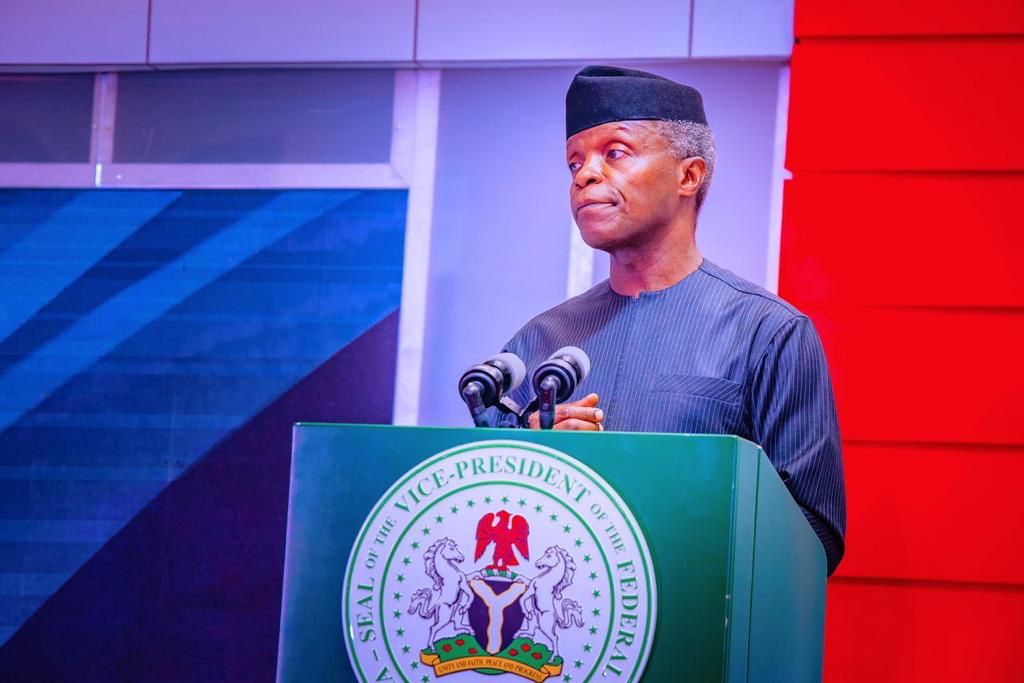 Ahead of the 2023 general election, the ‘Save Tomorrow 4 Osibanjo’ has urged the Vice President, Prof Yemi Osinbajo to formally declare and contest for the presidency.

The group’s national publicity secretary, Comrade Molokwu Chukwuebuka Emmanuel, urged the new leadership of the ruling All Progressive Congress (APC) to give Osinbajo the right of first refusal in considering aspirants for the nation’s top job.

According to him, Osinbajo’s presidency will sustain the land mark achievements recorded by the Buhari’s led APC administration.

The coalition noted that the vice president has the right credentials and capacity to address the many challenges facing the country.

He also said that the few times Osinbajo acted in the absence of President Muhammadu Buhari he discharged his duties creditably.

“We have put machinery in place to mobilize Nigerians across the 774 local government to galvanize support for our preferred candidate, if given the opportunity, he will deliver quality leadership.

“The entire leadership of Save Tomorrow 4 Osinbajo calls on the APC and it’s new leadership to please give Professor Yemi Osinbajo the right of first refusal to the number one sit of the nation. We believe in his competence and ability to carry on with the good work been laid down by President Muhammadu Buhari.

“The Vice President has done so much in the area of economy and other responsibilities given to his office by Mr. President, we use this medium to call on the Nigerian people at large to support Save Tomorrow 4 Osinbajo project 2023 to achieve a greater and better Nigeria for our generations unborn and the present generation as well.

“We believe that when given this opportunity to lead Nigerians, Professor Yemi Osinbajo will surely deliver quality leadership to the electorates,” Emmanuel said.