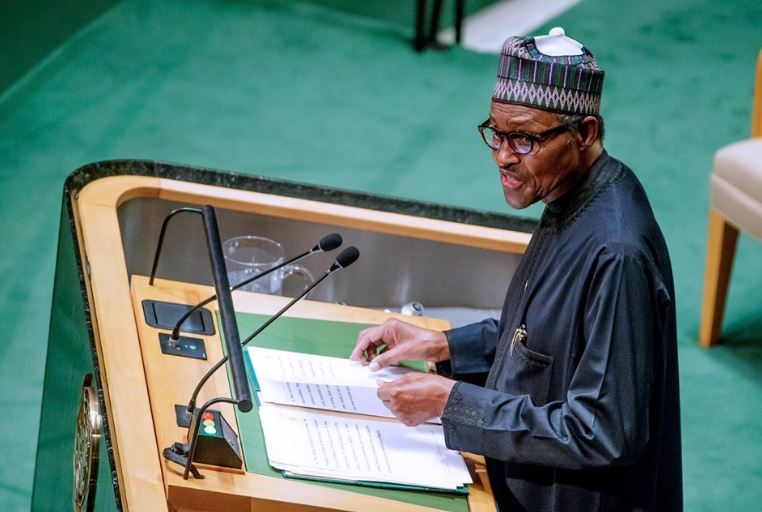 In far away New York at the 77th Session of the United Nations General Assembly (UNGA 77) last Wednesday, President Muhammadu Buhari told the world that his government is committed to leaving a legacy of free and fair elections during next year’s polls.

The President said: “We believe in the sanctity of constitutional term limits and we have steadfastly adhered to it in Nigeria. We have seen the corrosive impact on values when leaders elsewhere seek to change the rules to stay on in power. Indeed, we are now preparing for general elections in Nigeria next February… As President, I have set the goal that one of the enduring legacies I would like to leave is to entrench a process of free, fair and transparent and credible elections through which Nigerians elect leaders of their choice.”

We at Daily Trust wish the President and his government all the very best towards this commitment, for, delivering on the promise of a free, fair and peaceful election in February, can only advance Nigeria’s democracy and consolidate our constitutional order which is based on the principle that the Nigerian people reserve the ultimate right to choose their leaders at regular intervals.

However, as the campaign season for the 2023 elections kicks off this week, in accordance with Section 94(1) of the new Electoral Act 2022, which stipulates that political campaigns will begin 150 days to polling day and end 24 hours before polls, we cannot but remind the president and his government that delivering on his promise of credible elections will require more than words. Government is only one actor in the electoral system. Political parties, politicians, civil society organizations, the media, security agencies, the electoral management body, and the voters are all equally important stakeholders in this election, as in any other. And while President Buhari’s stated commitment to credible elections is a good start, that alone would not be enough. At least, experience of previous elections in Nigeria teaches us to temper optimism and good wishes with caution and warning.

General election campaign season in Nigeria is often characterized by assassinations, thuggery and heightened insecurity across the country. Next year’s elections, in particular, are coming at a period when level of insecurity in the country is already unprecedentedly high, what with increasing restiveness and violence by members of the proscribed Indigenous Peoples of Biafra (IPOB) in the South-east, banditry, kidnappings and sundry criminalities in the North-west and North-central states, and rejuvenating terrorism in the North-east. A “business as usual” election in such a general atmosphere leaves much room for concern. Therefore, while we commend the security agencies for recent gains in keeping the peace, we urge them to remain alert to all the obvious—and not so obvious—red flags in the polity.

In short, Nigeria cannot have free and fair elections if politicians do not play by the rulebook. We are concerned, in particular, with the rising level of hate speech, and the increasing focus on religion, region and ethnicity as the basis of the election campaigns. Nigeria cannot afford another election fought and won solely on the basis of identity politics. Candidates and parties must present their manifestoes and programmes which they seek to implement if and when elected. And in turn, the media, civil society organizations and Nigerians must engage politicians and parties on these issues, rather than pander to cheap rhetoric focused on religion and ethnicity.

It is almost ambitious to urge Nigerian politicians and political parties to play by the rulebook. Yet, we urge them to do so nonetheless. Above all, we urge the Independent National Electoral Commission (INEC) and other relevant authorities to actively monitor the campaigns and where necessary fully enforce the provisions of Sections 92 and 97 of the Electoral Act 2022, which expressly prohibit, respectively, violent campaigns and campaigning based on religion and ethnicity.

INEC’s role in this election is perhaps more crucial than that of any other actor in the system towards ensuring a free, fair and transparent process. INEC has said it is deploying technology like never before in the 2023 elections, from the Bimodal Voter Accreditation System (BVAS) for authenticating voters to the electronic transmission of results. These have added quality, credibility, security and efficiency to our most recent elections as seen in governorship elections in Anambra, Ekiti and Osun states. But technology does not remove the possibility of human error one hundred percent; technology certainly does not remove the possibility of human mischief. It goes without saying, then, that if the umpire must hold other players in the game accountable, it must first begin with itself.

While we, therefore, proclaim “let the game begin”, we once again urge all players to play by the rules.