The chairman of the Independent National Electoral Commission (INEC), Prof. Mahmood Yakubu, on August 6, 2020, said it would introduce an Election Result Viewing Portal… 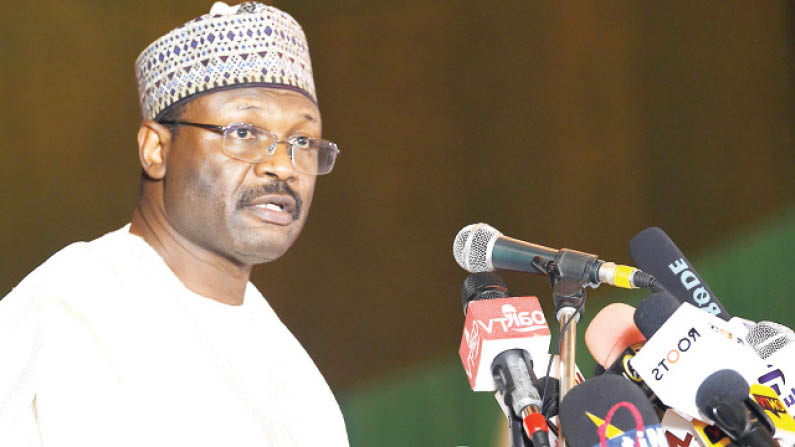 The chairman of the Independent National Electoral Commission (INEC), Prof. Mahmood Yakubu, on August 6, 2020, said it would introduce an Election Result Viewing Portal (IReV Portal) to strengthen its election management process and enhance transparency of the system.

He said this innovation would commence from a scheduled Nasarawa Central State Constituency by-election.

The election which was held on Saturday, August 8, 2020 was the first to herald the implementation of the innovation.

Prof. Yakubu, in a statement by National Commissioner and Chairman, Information and Voter Education Committee (IVEC), Festus Okoye, said the commission was aware that result management has remained a major source of mistrust in the nation’s electoral process, as citizens are often concerned, and sometimes rightly so, that results may not always be consistent with votes cast.

“INEC is determined to address any source of this concern through enhancing the level of transparency in the conduct of elections, more so in the process of releasing results of elections.

“It is a fundamental principle of democracy that in elections, votes are not only correctly counted, but that they also count,” he said.

He said in line with its commitment to transparency in election management, the commission introduced the Form EC60E, which is a poster version of the primary result sheet, the Form EC8A.

He said the form enables the citizens to photograph the results and project the outcome of elections, even before the final results are announced.

“Unfortunately, this has also led to abuses, as unofficial and at times false results are known to have been circulated, particularly via social media, leading to tension and casting aspersions on the final outcome of elections.

“To further strengthen the transparency in the election result management system, the commission has decided to introduce a dedicated public portal, the INEC Result Viewing (IReV), that will enable Nigerians to view polling unit  results real time as the voting ends on election day,” he said.

He however stressed that this does not constitute electronic collation of results, as the collation of election results shall remain as provided for by law, a manual process of completion of relevant result sheets and their upward collation until the final results are determined.

He expressed hope that this innovation would improve the transparency in election result management and therefore further consolidate public confidence in the nation’s electoral process.

On 3 June, the commission unveiled guidelines for the conduct of the 2023 general elections.

The policy titled ‘Regulations and Guidelines for the conduct of elections 2022’ was to be used for general (including 2023), off-cycle, bye-elections, re-run and supplementary elections.

The 37-page document, formally released by INEC Chairman, Prof. Mahmood Yakubu, contains 106 guidelines and regulations for elections as well as health measures during conduct of elections.

Yakubu released the document in Abuja at the special meeting of the Inter-Agency Consultative Committee on Election Security (ICCES).

Highlights of the document include article 30, where the commission said that telephones and electronic devices capable of taking pictures are not allowed in polling booths.

Article 30, ‘Prohibition of the Use of Telephones and Other Electronic/Photographic Devices in the Voting Cubicle,’ states that, “Telephones and other electronic devices capable of taking pictures are not allowed in voting cubicles.

“Voters may come to the polling unit with telephones and other electronic devices provided that they do not take them to the voting cubicles or take pictures of other voters while they are voting,” he said.

The electronic transmission of election results was also approved in the new guideline.

In article 38, ‘Electronic Transmission of Results and Upload of Results to IReV,’ the commission stated that, “On completion of all the Polling Unit voting and results procedures, the Presiding Officer shall:

“(i) Electronically transmit or transfer the result of the Polling Unit, direct to the collation system as prescribed by the Commission.

“(ii) Use the BVAS to upload a scanned copy of the EC8A to the INEC Result Viewing Portal (IReV), as prescribed by the Commission.

“(iii) Take the BVAS (Bimodal Voter Accreditation System) and the original copy of each of the forms in a tamper evident envelope to the Registration Area/Ward Collation Officer, in the company of Security Agents. The Polling Agents may accompany the Presiding Officer to the RA/Ward Collation Centre.”

Yakubu said with the presentation of the guidelines, the commission had commenced formal preparations for the polls.

He noted that this would be the first time the commission was releasing the guidelines nine months before the general election.

He said, “With the release of the Regulations and Guidelines today, and the publication of the Strategic Plan (SP) 2022-2026 and Election Project Plan 2023 earlier, the commission has virtually concluded the planning processes for the 2023 general election nine months ahead of the election.”

Recently, INEC Chairman, Prof. Yakubu, confirmed that the use of the IReV has become legal as part of measures to deepen democracy in the country.

He said this at the 4th Abubakar Momoh memorial lecture on ‘Electoral Act 2022: Imperatives for Political Parties and the 2023 General Elections’.

The lecture was organised in honour of a former Director-General of The Electoral Institute (TEI), late Prof. Abubakar Momoh, who died on Democracy Day, May 29, 2017.

The INEC boss represented by the Chairman, Board of TEI, Prof. Abdullahi Abdu Zuru, also stressed the need for stakeholders, especially political parties, to note the major features introduced by the new Electoral Act 2022 and the possible implications of these changes on the upcoming elections.

“Let me draw your attention to the fact that the use of electronic devices such as Bimodal Voters Accreditation System (BVAS), INEC Voter Enrolment Device (IVED), INEC Results Viewing Portal (IRev) and other technological devices, are now legally allowed in the accreditation process for voters, collation of results and in the general conduct of elections.

“Please be assured that these innovations are intended to deepen the electoral process in our country and their optimal performance in the just concluded gubernatorial election in Ekiti and Osun states is an eloquent testimony to their electoral value,” he said.

Speaking with Daily Trust on the matter in Abuja, the Country Director, ActionAid Nigeria (AAN), Ene Obi, said  the result viewing portal, among others, is bringing out the reality on ground and that this also is contributing to the spike in the numbers of Nigerians who want register and get their Permanent Voters Card (PVCs).

“With the population of the youths being over 60 percent of the nation’s population count, they are now seeing that their votes can count and feel they should also be part of the decision-making processes.

“Before now, the lack of trust was huge. But now with INEC innovations and improvement in the system, the youths can trust the electoral system” Obi said.

She however said while the IReV is good, INEC should not close the room for possible improvement in the system.

She also urged INEC to reconsider the suspension of the Continuous Voters Registration (CVR) to enable millions of Nigerians, especially the youths, to register and be able to participate in the 2023 general elections.

He said with the introduction of Bi-Model Voter Accreditation System (BVAS) and the subsequent legal framework backing e-transmission of results, the nation’s election, no doubt, has improved in terms of integrity.

“However, there may still be a possible avenue for improvements and innovations. For instance, rather than use BVAS to take the picture of the Form EC8A (Polling unit result sheet), INEC can use the platform to digitally record the party’s figure, so that the results can be automated on the portal.

“That way, it further limits human errors and any chance of manipulating the process of Form EC8A upload. Added to this, there is a need to add the IReV as part of voter education and mandate protection interventions. There is a need for citizens/voters to have adequate knowledge of the portal,” Aigbe said.