Ahead of the 2019 General Elections, the International Republican Institute (IRI), has urged contestants for state assemblies’ elections to prioritise issue-based campaigns and engage their… 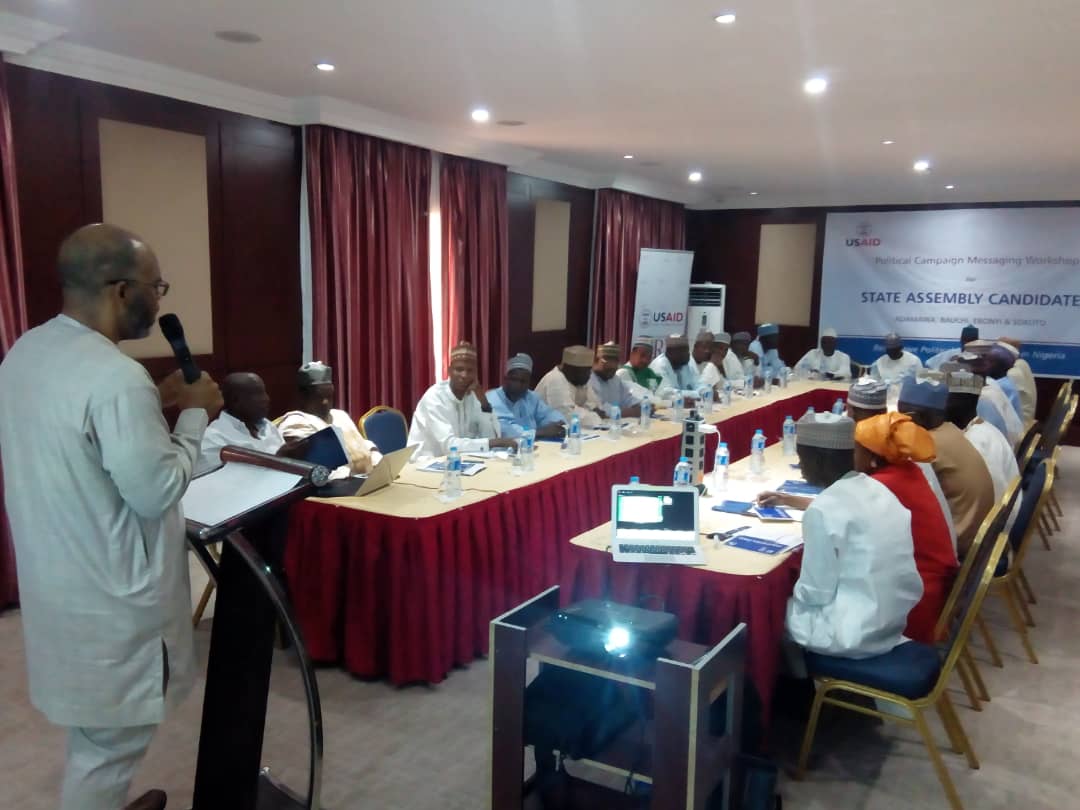 Ahead of the 2019 General Elections, the International Republican Institute (IRI), has urged contestants for state assemblies’ elections to prioritise issue-based campaigns and engage their constituents as part of measures to reduce tension and possible violence in the elections.

According to him, when in 2015 elections, Nigerians witnessed the first defeat of an incumbent political party by an opposition party in Nigeria’s history and despite this successful 2015 shift in power, political parties continue to fall short in responding to citizens’ need and providing critical oversight and accountability of government actions.

“Through the engagements with state house of assembly candidates, IRI hopes to build the capacity of candidates to run issue-based campaigns and improve the participants’ capacities to reach out meaningfully to target constituencies,” Barnes said.

Also, the APC National Vice Chairman North-west, Alhaji Inuwa Abdulkadir, said members of the nation’s political parties are expected to participate in campaign of the parties to support candidates, as they are expected to support whoever emerged at the end of the primaries.

He also stressed the need to campaign on issue-based needs of the people and engage the youth volunteers constructively and positively.