2019 Elections: Western borders to be shut down by noon 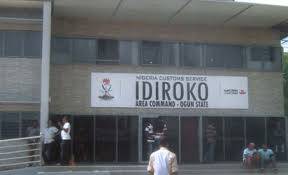 The ministry of Interior has ordered the closure of the borders between Nigeria and Benin Republic as from Friday noon ahead of Saturday’s presidential and National Assembly elections.

Intelligence reports indicated that foreigners may want to take advantage of the porous border to cross into Nigeria using Seme and Idiroko borders in Lagos and Ogun states to vote, our reporter learnt.

The Public Relations Officer, Seme Area Command of the Nigeria Customs Service, Saidu Nuruddeen Abdullahi, told Daily Trust on phone that the border would be closed as from noon on Friday.

He said that an official statement from the Ministry of Interior which was made available to all security agencies attached to the Seme-Krake border said the borders would be shut down from noon on Friday and will be open noon on Sunday to ensure the election was peacefully.

He said following the directives both human and vehicular activities between Nigeria and Benin Republic would be put on hold.

He advised members of the public particularly natives who resides along the border line to take note of the directive as anyone arrested for violating government’s order would be made to face the wrath of the law.