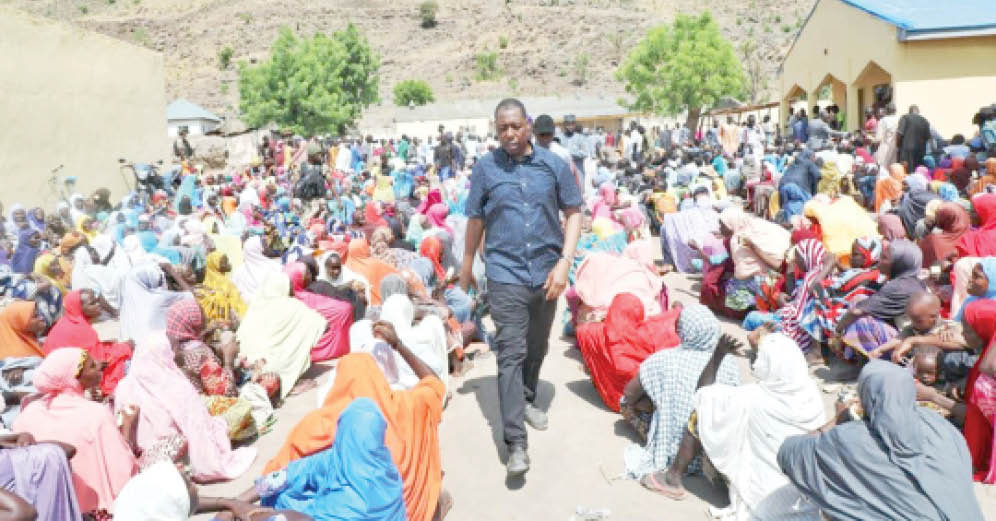 Borno State Governor Babagana Umara Zulum Saturday travelled to Kirawa, a border community in Gwoza Local Government Area, to supervise the resettlement of 2,500 displaced families into their homes which were rebuilt by the state government.

The homes were destroyed by Boko Haram insurgents during their occupation, forcing residents to become internally displaced in Pulka, another town in Gwoza, and to take refuge in neighbouring Cameroon. Kirawa became deserted for over six years.

Zulum’s spokesman, Isa Gusau, in a statement yesterday said the governor had set up a committee with the task of rebuilding destroyed homes in Kirawa and to safely return on voluntary and dignified terms.

“Zulum during his trip for the resettlement, not only ensured they returned to rebuilt homes but also supervised the distribution of N120m to the 2,500 families.

“Additionally, all the 2,500 households each received food items comprising a bag of rice, a bag of maize grill and a wrapper each for female returnees,” he said.